Fans of horror on the stage take note.  Our favourite little London theatre The Etcetera is bringing you 2 Christmas treats in the coming months:

First up is The Golding, written by Boardwalk Empire‘s Mark Borkowski and directed by Maud Madlyn – from the wonderfully alternative production outfit Defiant Reality.

Set deep in the underbelly of a travelling circus, this creepy-elegant-metaphysical horror one act play sees X and Zena making plans to ensure the freakshow stays alive… forever. But they weren’t prepared for a desperate clown at the end of her rope or having to call upon a Godling to help them.

In a place where time has ceased to exist, our characters are trapped between what they are and what they are willing to become…some will make it to their transformation, some won’t.

Throughout all these scenery changes however, Defiant Reality carry on with their mission to bring ‘bad ass female characters to blaze up the centre stage’ under the watchful eye of female directors.

The Golding is being shown from 9th -11th, and then from the 14th – 19th December.  You can book your tickets here. 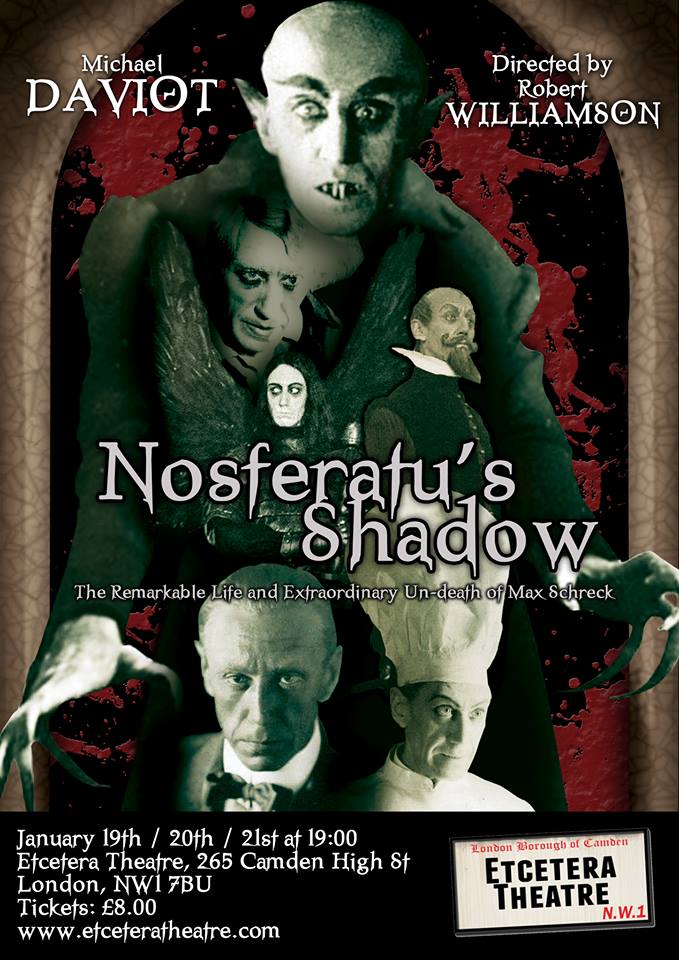 Also being shown at The Etcetera as part of the Black Box festival is Nosferatu’s Shadow.

The play is an investigation into the life of the previously unknown Max Schreck, the man behind the most famous movie monster of all.  To find out more details, and to keep in the loop as to when tickets will be released, check out the Facebook page

We hope you manage to get to one or both, and if you do, be sure to let us know what you think!