With 2016 closing out, a lot of fans (myself included) are starting to look towards the upcoming year for exciting new horror releases.  Of course, news of more independent projects will continue to flow in over the course of the year which we’ll keep you up to date with, but here’s a quick rundown of 2017’s big-budget films that have already been confirmed:

In Blood Wars, Selene (Kate Beckinsale) attempts to dissolve the centuries-long blood feud between the Lycans and Vampire clans, but at what cost to her? Now, I have no shame in saying I still have love for this franchise and everything about it. I was excited to hear another film would be released and that Kate would still be at the helm of the action!

We all knew that Saw 7, a.k.a Saw 3D would not be the last in this undying series. This entry into the already overworked franchise will be entitled Saw VIII Legacy. What they have planned for this instalment is still up in the air, but I’m sure Jigsaw will still be masterminding from beyond the grave, supplying us with bountiful volumes of gory goodness and (probably) recycled kills.

Annabelle is back to wreak havoc once again! This time it involves a couple who, after their child is killed, take in a nun and several orphans in order to try to heal their grief. But their house guests soon become the unwilling victims to Annabelle.

Annabelle 2 does looks as though it will stray from the previous film, and to me that’s a good thing. The original felt like an unnecessary prequel to the successful Conjuring franchise. I’m interested to see if this film subject will work better this time around.

Directed by Ridley Scott, Alien: Covenant will be the sequel to the mixed-reviewed Prometheus, which finds the colony ship Covenant landing on what they believe to be an abandoned planet. Sounds familiar… But, instead of exploring an uninhabited place, the crew encounters David (Michael Fassbender) who was the sole survivor of the Prometheus.

It’s been stated that this film will answer some questions that Prometheus created, which I hope is true. I’m a big fan of the franchise and I’m really excited to see what additional foundations will be laid in the Alien saga.

This hundred millionth sequel to the legendary franchise will be directed by Breck Eisner, whose credits include The Crazies and The Last Witch Hunter.

It’s been rumoured that this film may explore why Jason keeps coming back to life. But for me, the one true question still to be answered is whether this film is supposed to be a continuation of the reboot timeline, or a reboot of the reboot?

Whatever it is there will be Jason, a machete and death in abundance!

Split tells the story of Kevin (James McAvoy) is an individual with 23 different personalities, who have compelled him to kidnap a group of girls, with his true personality soon to surface.

I wish they wouldn’t have shown so much in the trailer! However I am more sold on this movie due to James McAvoy, and I like to believe that there is still a microscopic glimmer of hope that the somewhat out of form M.Knight Shyamalan can pull this off. 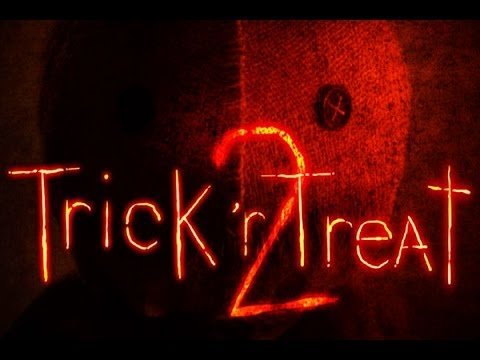 Director Michael Dougherty states that this sequel will delve more into the origins of Halloween, and what really goes on in the shadows during this festive season. I absolutely loved the first film, which makes me a bit nervous…  I think it will be hard to capture all those perfectly crafted elements that made the first such a hit!

However, I’m glad its Doughtery at the helm. He should be capable of handling this if the brilliant Christmas horror film Krampus is anything to go by.

Roland Deschain (Idris Elba) is finally being adapted for the big screen. Originating from Stephen King’s wildly popular Dark Tower series, Roland sets across a desert-like environment in hopes of finding The Dark Tower, but The Man in Black (Matthew McConaughey) may have other plans for him.

I’m interested in seeing this film, not just for Idris, but I’m hoping it can help clear up some issues I had when reading the book.

Much like Underworld, I love the Insidious franchise and I’m excited to see this new instalment which will trace the younger years of Elise (Lin Shaye).

Although Chapter 4 is not directed by James Wan, it is written by Leigh Whannel, who has written all the previous films, which should give it a consistent storyline at least!

Want to join one of the fastest-growing horror communities in the UK for FREE?  Now you can.  Click here to become a member of The London Horror Societ