Hopefully, you’ve all had your spine tingled and your gooses bumped with my 2019 horror films preview.

Thankfully, the small screen has proven to be a treasure trove of ghouls and ghosts in 2018. And 2019 looks to be an equally ghastly bounty.

Whether your poison is blood and gore, phantoms, or human monsters, the year ahead is crammed with horror goodies.

The king of the vampires is set to return in a new BBC adaptation.

Helming the project are the dynamic duo of Mark Gatiss (The League of Gentlemen) and Steven Moffat (Doctor Who) who brought us a much-loved take on another literary character with Sherlock.

Details are a little thin on the ground as the writing team keep their cards close to their chest. But they’ve confirmed it won’t be a modern ‘re-imagining’ of the character.

The show is set in 1897, retaining its period setting and giving the BBC a chance to shine with another drama set in Victorian London. 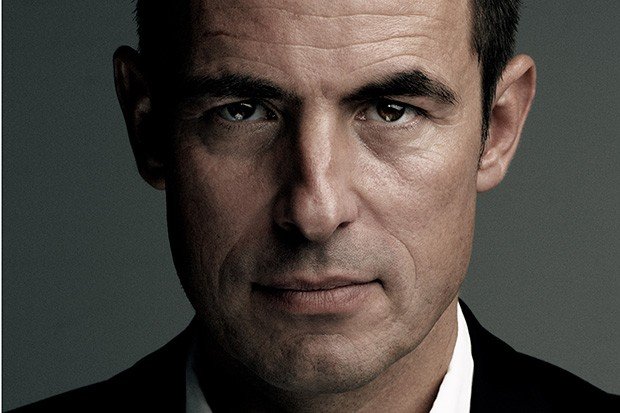 Dracula is played by Danish actor, Claes Bang (The Bridge), relatively unknown on our shores, which adds a little mystery to the Count’s demeanour.

Given the track record of the show runners, I think this could be an exciting and thrilling retelling of a genre staple.

WHAT WE DO IN THE SHADOWS

Sticking with undead bloodsuckers, there is a spin-off TV show from the enormously enjoyable film What We Do In The Shadows by Taika Waititi.

The TV show will shift the action from the suburbs of New Zealand to the hustle and bustle of New York.

The television show has chosen its leads well, with recognisable faces from our own shores in Matt Berry (The IT Crowd) and Kayvan Novak (Four Lions) portraying our undead flatmates, who live in a world they struggle to understand. 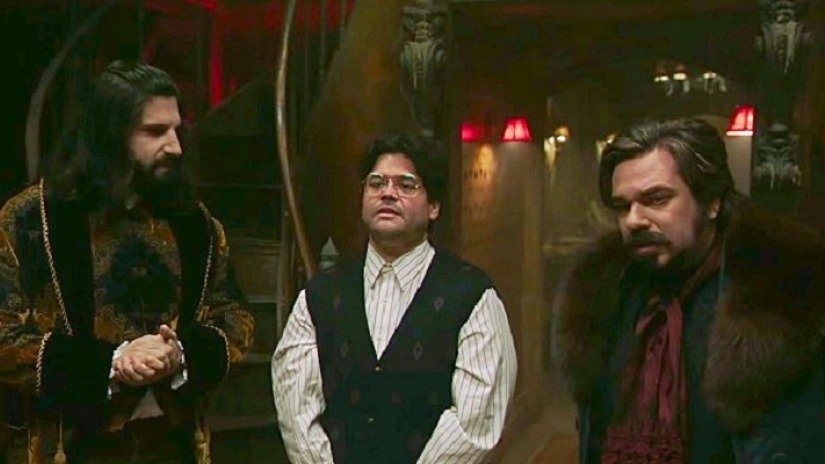 Anyone who’s seen the film will know to expect big laughs that play with the tropes and conventions of vampiric lore.

The film was made with craft and guile by the talented Waititi and Jeremy Clement (Flight of the Conchords). Both are executive producers have me hoping that it can maintain the film’s quality.

WAR OF THE WORLDS

Whilst being primarily a science-fiction tale, The War of the Worlds is a terrifying story of otherworldly creatures ravaging our homes and murdering millions.

One only need look to the fear, panic and horror spread eighty years ago by Orson Welles’ radio broadcast of the material.

Adapted several times over the years and in various forms (hello Jeff Wayne!) the BBC are taking us back to basics with their interpretation of the H.G Wells classic. 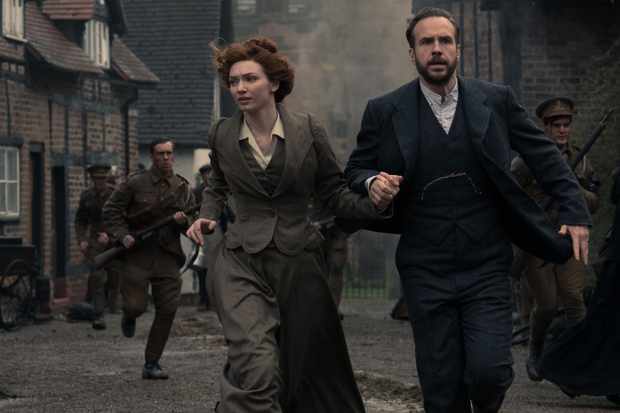 This telling takes its cue from the original tale and remains in Victorian London as the powerful, unstoppable Martian forces land and decimate all and sundry.

London truly does seem to be a destination for evil-doers in 2019!

Season one of The Terror was an exercise in patience, dread and atmosphere.

The fictionalised account of Sir John Franklin’s trip through the artic in the 1800’s gave us one of 2018’s most beguiling, haunting and terrifying shows.

The ending seems be brutally final, with no scope for a sequel laid out or in sight.

How wrong we are.

AMC have wisely decided to leave the Artic behind, with the tale well and truly told. 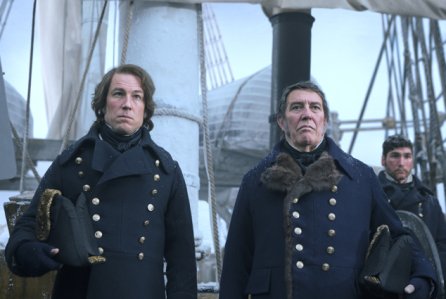 Instead, we move to Japanese-American internment camps set up in the US during WW2.

The upcoming season isn’t based upon a book, so we have no concrete details to go on.

Given the current political issues in America, a horror tale shining light on one of America’s most shameful deeds seems brave, important and necessary.

Derek Mio (Hawaii Five-O) and Kiki Sukezane (Lost in Space) will star, but the most intriguing casting is of Star Trek legend George Takei.

Takei will not only play a pivotal role in the series, but as a man who lived through internment camps, he will serve as a consultant on the show.

Takei lending experiences to the production gives its narrative a haunting credibility that will no doubt be horrifying.

After the recent Halloween special, “Deadline”, there’s nothing that Reece Shearsmith and Steve Pemberton can’t do.

A live Halloween special was always going to be intriguing, but the meta, fourth-wall breaking nightmare was a special event television that won’t ever be repeated.

Not since Ghostwatch has a home viewing audience been so unnerved by a television event that blurred the line between fact and fiction so well. 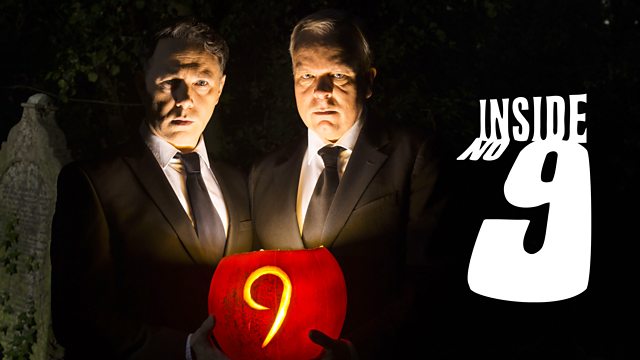 An anthology series written and starring its two leads every week, with no two episodes alike in tone, content or genre.

It’s truly a smorgasbord of the very best that Britain has to offer.

While not every episode fits into the horror mould, we generally get one out-and-out horror per season, and many of tales contain a twist that will leave a knot in your stomach for days.

From the League of Gentlemen to Psychoville, Shearsmith and Pemberton have proven themselves to be as talented actors as they are writers.

I’m giddy at the thought of what dark delights they have in store for us.

Season three of Stranger Things feels like a victory lap to a show that has produced two of the most enjoyable seasons of television in recent memory.

Wearing its influences on its sleeve, the 80’s set Netflix show has become a cultural behemoth, appealing to a generation with a penchant for Stephen King, John Carpenter and Steven Spielberg.

After a year off, The Duffer Brothers return to the town of Hawkins in 1985 to pick up with our gang in the aftermath of their victory over ‘The Mind Flayer’.

A promotional teaser released earlier in the year shows the opening of a new mall in Hawkins, and with all that building work going on, one must wonder what might get unearthed…

They’ve added another 80’s friendly face in the shape of Cary Elwes (The Princess Bride) as Mayor.

Castle Rock was always going to be tricky.

Adaptations of King’s work can range from the sublime (IT) to the ridiculous (Sometimes They Come Back).

The idea of a full show based on a myriad of his works, using a loose ‘shared-universe’ seemed exciting but foolhardy.

Sometimes it’s nice to be wrong.

Season one was a confident and assured affair, with a strong central story that was enhanced by the viewers’ knowledge of the peripheral places and people inhabiting the world. 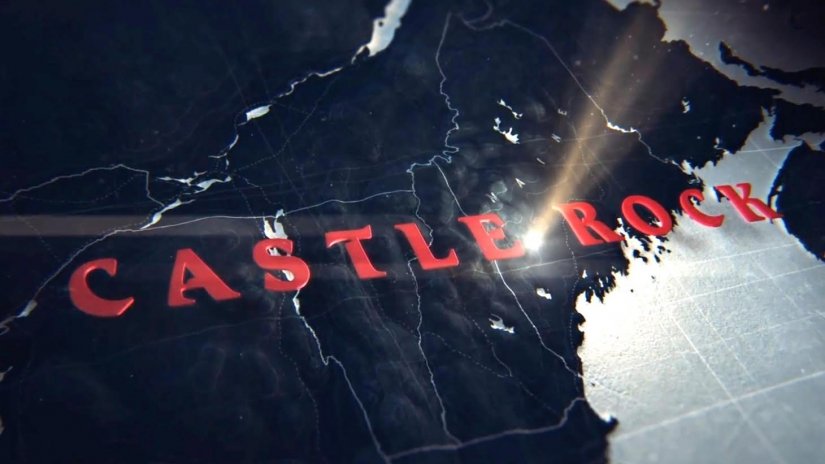 Something as simple as the mention of Shawshank Prison, or Wendell’s son getting off a bus stop in Jerusalem’s lot, reward long-time fans.

It helps make the world being built feel larger and deeper than a single season can.

My personal favourite was perhaps the reveal of “Jackie Torrance” as a young lady with an uncle who had a fondness for hotel destruction.

Season two promises a fresh story and new characters, with producer JJ Abrams confirming that each season, although set in Castle Rock, will have its own tale to tell.

THE CHILLING ADVENTURES OF SABRINA

The first season of Sabrina was a triumph.

A well told, creepy, coming of age story in which our witch navigated her way through a minefield of demons, ghosts, zombies and, well, Satan.

Kiernan Shipka (Mad Men) did a bewitching job in the central role, giving us a character who was strong, confident and loyal to her friends.

The first season ended on a bold note, with Sabrina signing her name in the ‘Book of the Beast’ and seeming to leave her human life behind.

Season two has a lot of dramatic weight to get stuck into as we watch how Sabrina’s choices unfold, and how the decisions she’s made will shape her journey.

An exciting addition to the cast is Alexis Denisof (Buffy the Vampire Slayer) who could cause havoc for the magnetic Madame Satan (Michelle Gomez), who’s demonic form has set up shop inside the body of Denisof’s fiancé.

And if Netflix want to throw in a talking Salem as well, that will be the icing on the cake.

The year ahead is an exciting one for fans of small screen horror. In addition to those highlighted above, there are many more shows out there to be found:

Charlie Brooker’s Black Mirror will return for a full season this year, with the interactive film Black Mirror: Bandersnatch already live and chilling on Netflix.

The long running series The Walking Dead returns for part two of its controversial season nine, with the introduction of ‘The Whisperers’ (humans wearing zombie skin). It’ll make The Walkers scary again after all these years.

If you’re looking for something more light-hearted, Netflix’s hit show Santa Clarita Diet returns for season three, with its unique blend of comedy and stomach-churning gore continuing to terrorise the suburbs.

So, fellow horror-mongers, 2019 is shaping up to be a fantastic year for horror of all shapes and sizes.

Whatever your preference, I’m sure you’ll find something on our list that suits your desire.

To paraphrase a man wiser, and far more Pin-headed than I, 2019 has such sights to show you…