We have such sights to show you (including Hellraiser!)

It is often difficult for a much anticipated film to achieve the level of hype that surrounds it. We all have our personal examples of this (I was told recently by a Halloween fan that they weren’t angry about Halloween Kills, just disappointed). Part of me is a little worried that I’m going to be disappointed by 2022 because my level of expectation is unachievably high. 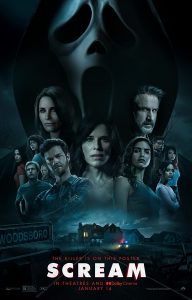 I love Scream. It is, in my humble (and hugely biased opinion) one of the greatest horror films

My excitement about the latest instalment, due in January, is tempered a little by this being the first entry since Wes Craven’s passing in 2015, but so far, the signs are good. A promising trailer that doesn’t seem to give too much away, that devious poster proclaiming “The killer is on this poster” – which might be nothing more than the image of Ghostface looming over the collected characters – and the return of familiar characters (again).

When you consider the fractured lives of other horror franchises, it’s remarkable that Scream has maintained its core cast since 1996. It speaks volumes for the consistency of the series and the deep affection with which it’s held in the hearts of horror fans.

While Scream has maintained a fair level of consistency (admittedly sagging a little in 2 and 3), with the exception of Tobe Hooper’s 1974 masterpiece, The Texas Chain Saw Massacre has not. I was a little disappointed with 2017’s Leatherface which took us back to the origins of the (literal) face mask advocate so I approach this latest from Netflix with a great deal of caution. 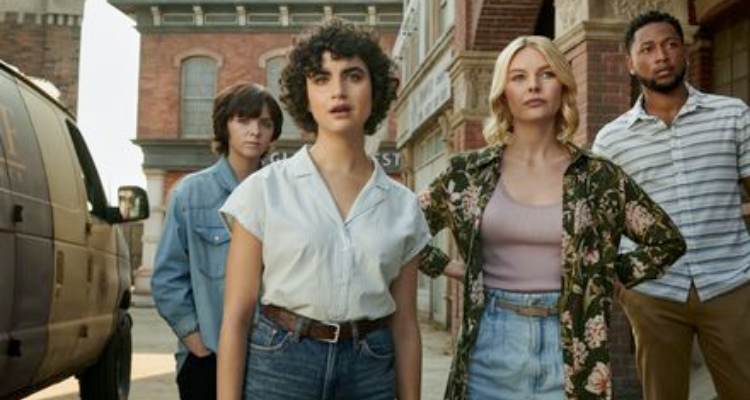 A direct sequel to Tobe Hooper’s original carries with it the prospect of undoing the hurt of when I first watched The Texas Chainsaw Massacre 2, but we’ve been down this road before and there’s the added danger of this being a 70s nostalgia fest rather than bringing something new to the table.

I hope I’m wrong, but this feels like putting trust in someone who’s let you down in the past. You want to be surprised, but you know what’s likely to happen. 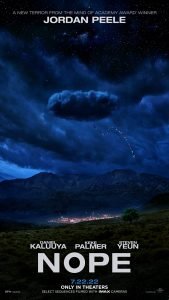 Jordan Peele. In JP we trust. With Get Out and Us, Jordan Peele delivered a truly exceptional one-two and established himself as a filmmaker who understands and loves the genre.

What is especially exciting about Nope is that you both know and don’t know what you’re going to get. The Schrodinger’s Cat of horror. So far all we have to go off is the enigmatic poster and the top billing of Daniel Kaluuya, Keke Palmer and Steven Yeun – Daniel Kaluuya and Jordan Peele teaming up again is an exciting prospect in and of itself.

Scott Derrickson. Based on a Joe Hill short story. Yes, please (and thank you). A teenage boy is caught by a serial killer and trapped in a soundproof basement. There he finds the eponymous black phone through which the killer’s previous victims try and help him escape…

In a year when we have some big hitters in the genre, The Black Phone feels like it could steal the show. The response after its premiere at Fantastic Fest earlier this year was promising and let’s face it, that mask is creepy AF (as Freddy…Krueger).

While we’re in the rough ballpark of Stephen King, it’s worth mentioning the possibility of a 2022 release of the Blumhouse adaptation of Stephen King’s novel about a child with strange powers…no, not The Shining…no, not Doctor Sleep…or Carrie…or The Institute, or Later, or—it’s Firestarter. The 1984 version of this, starring Drew Barrymore is not, in my humble opinion, one of the better King adaptations, but with recent successes like It (Chapters 1 & 2), Pet Semetary, Gerald’s Game, et al. it feels like the right time for this story to get the cinematic treatment it deserves.

One of many horror franchises that continues to limp onwards despite being mangled by the law of diminishing returns. The highs of the series are spectacular (Hellraiser, Hellbound: Hellraiser 2) and the lows are spectacularly low (looking at you Bloodline). As with Texas Chainsaw Massacre, there is the concern of putting faith in something that has let you down in the past, but with Jamie Clayton cast as Pinhead, the first prickling of excitement can be felt (by myself at least). 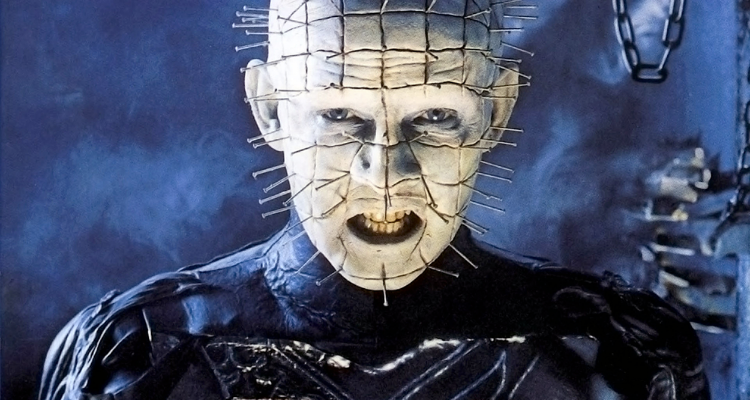 Doug Bradley’s Pinhead brought something different to the table when it came to horror villains; his rich, eloquent tone of voice, the theatrical menace, but by now this iteration has become a hackneyed. We’ve seen it before. Clayton offers something new and exciting. Coupled with David Bruckner at the helm – a director who understands horror – and we could be in for long awaited return to form for Clive Barker’s creation. 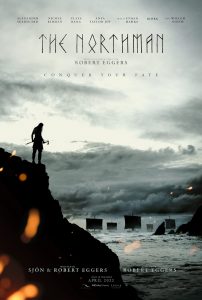 It’s billed as an epic revenge thriller, but as with Ari Aster (who has spoken of Midsommer as a breakup film dressed up as a folk horror), Robert Egger’s work walks the blurred lines between genres.

My first reaction to the trailer of The Northman was; Conan for fans of The Witch (via Hamlet) – an enticing premise.

You can file this one under: Probably a Horror (definitely exciting).

Whether or not these films deliver on their promise, it feels exciting (from a horror standpoint) going into 2022 with the genre in such a healthy place…now if only we could get rid of that COVID thing that’s been going round…

Check out our YouTube list of horror film trailers for more titles coming out later this year.