28 Days of Women in Horror

February is upon us and that means it’s Women in Horror Month!

If the 5pm darkness brings you an eerie atmosphere since you can’t even go out for a pint (or three), and if there’s no more DIY at home for you to do, and all of the banana bread in the world has already been baked… well, then, there’s only one thing to do (and, honestly, I’m slightly judging you if you haven’t spent the whole first and second lockdown doing this anyway) – watch horror films!

Below I’ve gathered a list of films directed by women to ease your choosing process. So, bring on Netflix, Amazon, Shudder and all of the other streaming platforms because here you have 28 horror films to watch, one for each day of the month. Yes, I do realise this list is coming to you a bit late, but the weekend is coming and you can catch up on some films then.

This list will skip over some of the better known and more talked about female-directed films to give space to others. In case you don’t remember them, they are: Raw, The Babadook, A Girl Walks Home Alone at Night, Prevenge, Pet Sematary, The Love Witch, The Invitation, Jennifer’s Body, American Psycho, and Near Dark.

Now, to the list (in order of release):
synopses via google/iMDB

When family matriarch Edna goes missing, her daughter and granddaughter return home to find her. They discover a haunting presence hanging over the home, which is taking over Edna’s mind.

Written and directed by Rose Glass. UK – Rent on Amazon 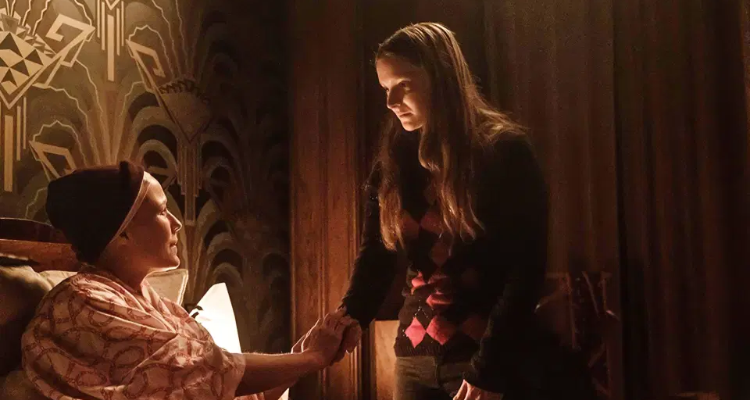 Maud is a reclusive young nurse whose impressionable demeanour causes her to pursue a pious path of Christian devotion after an obscure trauma. Now charged with the hospice care of Amanda, a retired dancer ravaged by cancer, Maud’s fervent faith quickly inspires an obsessive conviction that she must save her ward’s soul from eternal damnation, whatever the cost.

Alice, a single mother, is a dedicated senior plant breeder at a corporation engaged in developing new species. Against company policy, she takes one home as a gift for her teenage son, Joe.

Together with a group of friends, Liljan returns to the family cabin where his twin brother Bjørn died the year before. They will finally say goodbye and make the cabin ready for sale. But soon strange things begin to happen.

Solitary marine-biology student Siobhán endures a week on a ragged fishing trawler, miserably at odds with the close-knit crew. But out in the deep Atlantic, an unfathomable life-form soon ensnares the boat. As members of the crew now succumb to a strange infection, Siobhán must overcome her alienation and win their trust — before everyone is lost.

In 1960s Northern Ireland, Father Thomas Riley and Father John Thornton are dispatched by the Vatican to investigate reports of a miracle, a statue of the Virgin Mary weeping blood, at a remote Catholic asylum for immoral women. Armed with 16mm film cameras to record their findings, the priests instead discover a depraved horror show of sadistic nuns, satanism and demonic possession. Supernatural forces are at work here, but they are not the doing of God. 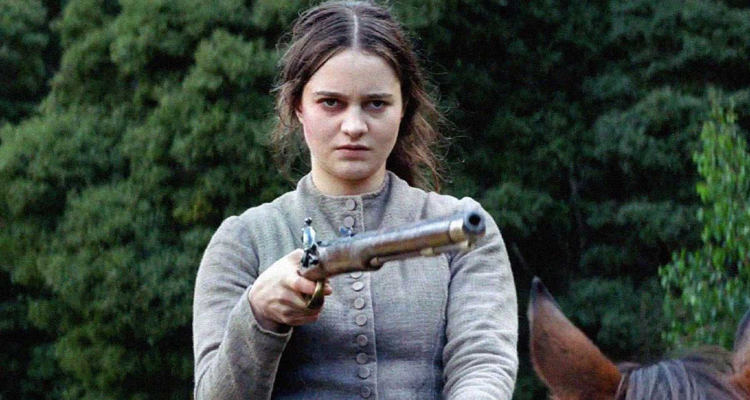 Clare, a young Irish convict, chases a British officer through the rugged Tasmanian wilderness and is bent on revenge for a terrible act of violence the man committed against her family. On the way, she enlists the services of Aboriginal tracker Billy, who is marked by trauma from his own violence-filled past.

After a heist goes wrong in a post-apocalyptic land, four men hide out in a cabin to tend to their injuries. They try to keep their sanity knowing that the legendary Ranger is breathing down their necks.

When five college pals return home for their estranged friend’s funeral, what begins as an uneasy reunion becomes a terrifying fight for survival.

Lizzy is a tough, resourceful frontierswoman settling a remote stretch of land on the 19th-century American frontier. Isolated from civilization in a desolate wilderness where the wind never stops howling, she begins to sense a sinister presence that seems to be borne of the land itself, an overwhelming dread that her husband dismisses as superstition. When a newlywed couple arrive at a nearby homestead, their presence amplifies Lizzy’s fears, setting into motion a shocking chain of events.

The accidental death of her rapist sets an art student on a course for justice, fuelling the inspiration for her thesis exhibition.

A disturbed teacher holds a young photographer captive in his Berlin apartment after bringing her home for a night of romance. 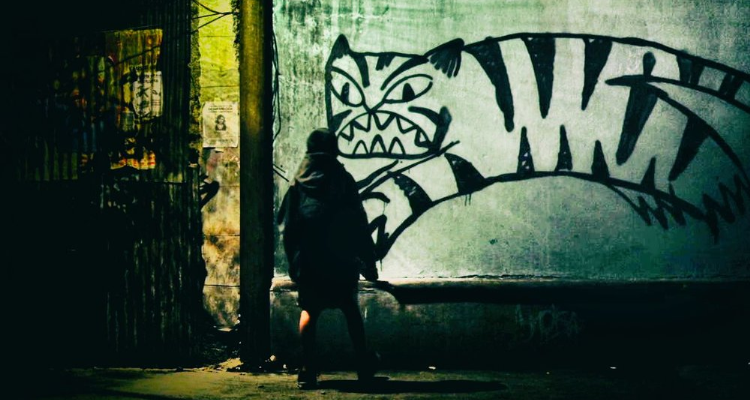 When a girl’s mother disappears leaving her on her own, she joins a gang of street children, leading to a tragic chain of events.

Mia, a 15-year-old, is facing an overwhelming transformation. Her body is changing radically, and despite desperate attempts to halt the process, she is soon forced to accept that nature is far more powerful than her.

Anna and Beth, two old friends who are now actresses, decide to go on a weekend trip to Big Sur. As they spend time in the isolated forest, they realise that their relationship has deteriorated.

Directed by Mattie Do. Co-written by Mattie Do and Christopher Larsen. Laos, Estonia and France – Shudder

A village girl travels to the Lao capital, Vientiane, to care for her rich cousin who has lost her sight and gained the ability to communicate with the dead.

A young man is lured into a dangerous love triangle that begins to take a series of shocking and grisly supernatural turns.

A honeymooning bride goes sleepwalking into the woods surrounding a secluded cabin. When she returns she looks the same, but something about her is frighteningly different. 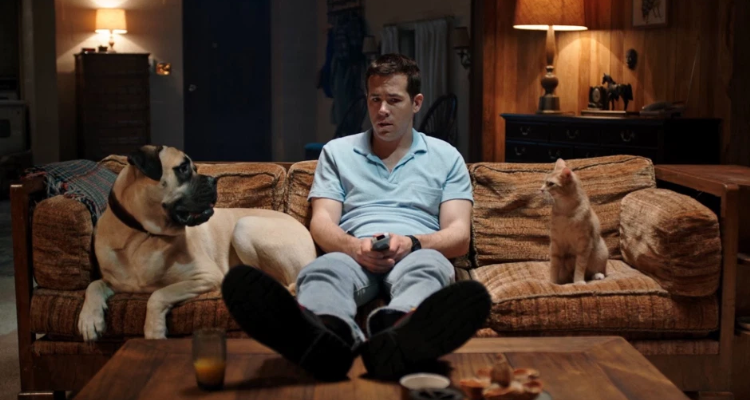 Jerry, a young man working at the Milton Bathtub Factory, pursues his crush with the help of his talking dog and cat. However, things change when she stands him up on a date.

Written and directed by Axelle Carolyn. UK – Rent on Amazon

Recently widowed, Audrey moves into an isolated Welsh cabin after a failed suicide attempt. As she copes with her husband’s death and her psychosis, she beings hearing strange noises.

Six college kids find internet stardom when they make “Truth or Dare” videos with a violent twist. It is all fun and games until their number one fan decides he wants to play by his own rules.

Three childhood friends set aside their personal issues and reunite for a girls’ weekend on a remote island off the coast of Maine. One wrong move turns their weekend getaway into a deadly fight for survival.

Held captive by a serial killer since the age of 8, a teen must choose between escape or following in his captor’s bloody footprints.

A woman is haunted by flashbacks of her dead mother and visions of dead people floating. 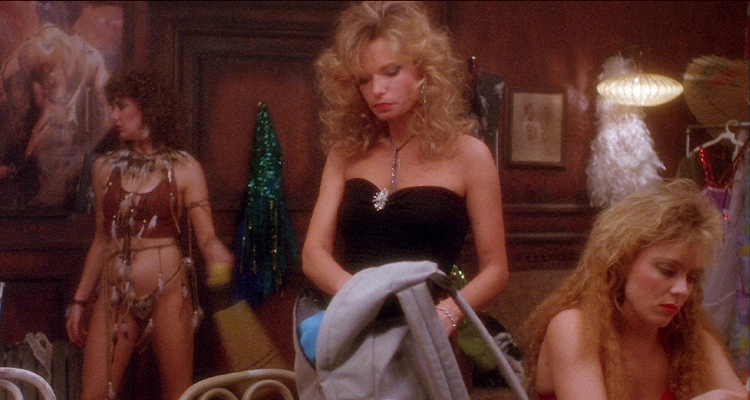 When Detective Cody Sheehan discovers the body of a stripper from the Rock Bottom dance club, she wants the case. Her partner, Detective Heineman, is equally anxious to make the jump to the prestigious homicide division, but the only way Cody can get the assignment is to go undercover – uncovered – at the club.

A raped policewoman forms a vigilante group of various rape victims. They abduct and castrate men whom have committed repeated violations of women, and got away with it through legal technicalities.

Two fishermen pick up a psychotic escaped convict who tells them that he intends to murder them when the ride is over.

Here’s a bonus list of some films for us to keep an eye on, as they are soon to be released: