5 2020 Films Directed By Women In Horror

Another year and another Women in Horror Month is upon us!

February is a month to celebrate the ever-present role of women in horror, be it as actresses, writers, directors, make-up artists, set designers, costume designers, or even spectators. Each of us has an important role that should be recognised. I don’t have enough space to recognise all of those roles in this article, therefore, I will focus on films directed by women that I’m excited to see on the big screen this year.

As I mentioned in an earlier article, the Fear Street trilogy, directed by Janiak Leigh is at the top of my list, so I won’t talk about that again. Instead, here are five films, each from different women in horror – the conundrum with some of them is that major details are still concealed, so we’ll just have to rely on what snippets we have so far. 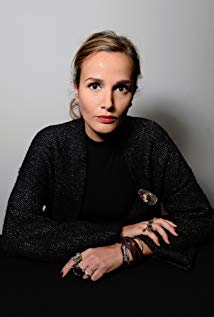 You might remember a gory, French horror that came out in 2016, Raw, about a vegetarian that tastes human meat and likes it. Well, the director behind it is back!

Although Titane is still in pre-production, the rumours are that we’ll see it released by the end of the year. There isn’t much to know about the film so far, although the cast and plot have been released.

A bruised man (Vincent Lindon) is discovered at an airport and he claims to be Adrien Legrand, a child who disappeared years ago. The young man is reunited with his father, as gruesome murders start piling up in the region.

More details about the film are yet to be released – but the synopsis in itself is enough to keep me waiting! 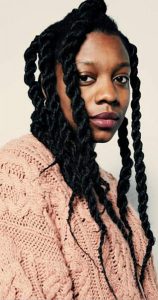 Written by Jordan Peele and Win Rosenfeld (president of Monkeypaw Productions), Candyman is supposed to be a “spiritual remake” of the 1992 film, set in the new, gentrified Chicago that hosted the events of the first film.

As Peele mentioned before, Candyman was “a landmark film for black representation in the horror genre”, and the 2020 version is seeking representation behind the camera as well as in front.

DaCosta already has one feature under her directorial belt, 2018’s Little Woods, which premiered at the Tribeca Film Festival and was awarded the Nora Ephron award for “excellence in storytelling by a female writer or director.”

The film later on went to be bought by Neon, the same film production and distribution company that bought Titane, the Oscar-winning Parasite and The Lodge, by Veronika Franz and Severin Fiala, which I’ll be mentioning next.

Directed by Veronika Franz and Severin Fiala (UK and USA)

So technically, The Lodge is a 2019 film… however, its official release is set for February 2020 – so I think it just about belongs on this list!

Veronika Franz and Severin Fiala directed 2014’s Goodnight Mommy and they’re partnering up again to bring us another slow-burner. Produced by FilmNation Entertainment and Hammer Films, The Lodge tells the story about a difficult relationship between a step-mom (Riley Keough) and her fiancé’s (Richard Armitage) two children (Jaeden Martell and Lia McHugh) – sound familiar?

Marketing surrounding the film suggests that it aims to “scare the hell out of you” (what horror film doesn’t!?!), and the trailer above sets the tone for this icy chiller.

Jessica Hausner is an Austrian filmmaker and her latest project is getting a lot of attention around Europe. Little Joe brings in Emily Beecham as Alice Woodard, a scientist and single-mother who created a plant, called Little Joe, which serves as an anti-depressant.

Alice smuggles the plant to her house whereupon strange events start to take place. Little Joe, just like other Hausner’s films, is a slow-burner, and her stylistic choices have led her to be compared to Stanley Kubrick.

The film was selected to compete for the Palme d’Or at the 2019 Cannes Film Festival, where Beecham won the award for Best Actress. And the best thing about this film is that it is already at the cinemas – so check this out now if you can! 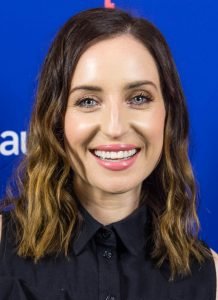 Here we have an iconic ‘women in horror’ film from the 90’s in The Craft being remade – this time written and directed by Zoe Lister-Jones, who previously wrote, directed and starred in the dramatic comedy and film festival hit Band Aid.

For this film, Jones is restricting her participation to behind the camera, and placing in front of it a group of talented youth: Cailee Spaeny, Gideon Adlon, Lovie Simone, Zoey Luna, Nicholas Galitzine, with David Duchovny, and Michelle Monaghan.

Jason Blum will serve as a producer of the film, and Andrew Flemming (director of the original film) will serve as an executive producer. Although the release date hasn’t been set, it has been rumoured that the film will be released in time for Halloween.