The 5 Best Creepypasta Stories Around

I’ve been writing horror for close to six years now, dropping off tales in online magazines and print anthologies made by small presses. One thing that I was surprised to find out was that there is a pretty big name out in the indie horror world: Mr. Creepypasta. 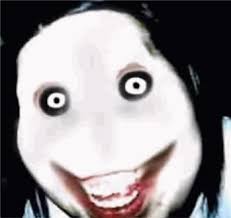 Now I know what you’re thinking, the name is silly. And for those of you that know him, you know he doesn’t usually write his own work. You see, he’s a modern-day Cryptkeeper, someone who reads the work sent to them.

Now, he doesn’t just read any work sent to him. You have to get a high rating on his website from the readers of your story, which gets posted up to be torn asunder by some of the most vicious editors that exist.

I have five stories up there, all but one hovering above eight to nine out of ten stars. The fifth story I submitted was torn asunder, creating a bleeding wound in my ego that I had to remedy as quickly as possible. I sent in an edit, but Mr. Creepypasta is a busy man and didn’t post the edits for nearly a week. The story still hovers in the mid-six range to this day, much to my shame.

But this isn’t about me… no, this is about you! You see we always need fresh voices in the wide world of horror, and writers are always voracious readers of their favorite subject. If you visit this site often enough, then it may be time to put pen to paper and try your hand at writing a story. Now, I’m not about to instruct you how to write a horror story, but I’ll show you some of the highest rated Creepypasta stories on the web, as well as a few that he’s read that’ll allow you to get a feel for what he likes.

A great start to show you what he’s looking for. This isn’t all about gore, nor is trying to become a Shakespearian classic. No, it’s just a scary story. It drips suspense, imagery, with intense use of scenery with a premise that isn’t too far out there.

The key to a short horror story is that if you want a good one, make it come from something people do already. Kid’s play games of hide-and-seek, all with variations and other fun forms of mischief. This one takes a more sinister turn. You can read it here, or simply listen to the story as Mr. Creepypasta reads it via the YouTube video above.

Good, right? Took ten minutes of your life, ten minutes you could have been doing anything else during which. I was making bread when listening to this one, and made a note of it for this article.

Jeff the Killer has been around for quite some time and has become an internet meme that many people may not even realize is based on a story written by an anonymous writer who added to the mystique by writing four other stories that captivated readers.

A slasher villain that started out as a good kid just trying to help his brother, Jeff becomes victim to a horrid accident/attack that left him psychotic. Somehow, he’s obtained a level of immortality through his stories and uses his knives to carve his victims up.

If you like the story, go on and read how he deals with people who get in his way… Some of his victims include Slenderman, a babysitter, and a woman that he helped make into a killer herself.

Not all the stories are simple tales that are told from a point of view one would expect. Some are disturbing tales of how to do strange things (have your wish granted, make a bargain with a demon, etc.) In The Devil’s Game, the reader tells us how to create a means to speak with the Devil and engage him in a game where one asks a question and the other answers.

If you answer the Devil’s question correctly, he tells you one truth. The hard part is that he doesn’t tell you if you answered correctly. This leads to a horrifying series of psychological torture games that can lead to a series of evil acts that could end lives or simply terrify some strangers.

An innocent tale that warns children not to make friends with strangers. The people you meet may not always be helpful, or kind. But the Dripping Man is a friend one should never make, due to how… unstable he is.

Ever wonder if evil exists? This story addresses it in the form of a dog, that transcends normal canine intellect to commit acts of murder. I won’t ruin it for you, so just listen!

The stories are near endless, countless hours’ worth of reading for anyone to enjoy. Some are as short as eight-hundred words, or somewhere over ten thousand! The stories jump between supernatural to mere psychological tales. Enjoy them while you can, as you never know what the future will bring!