As horror fans we’ve been known to subject ourselves to some pretty excruciating horror viewing. I mean, someone out there is actually watching Sharknado 3.  But what about those horror movies that you have no interest in ever watching? Does that make you any less of a horror fan? Are you bound as a horror fan to watch anything that comes down the horror pipeline?

I say that all fans are free to pick and choose what horror films they want to watch, without any repercussions for anyone. However, the fact of the matter is that in the age of the internet, you know that some self-proclaimed “real/better/bigger fan” is going to call you on your less-than-stellar desire to watch certain horror films.  But I’m long past listening to those guys.  Here are 5 horror movies that I have absolutely no desire to watch.  Perhaps you might agree on some! 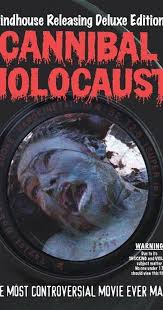 I’ve gotten a lot of flack over my non-desire to watch this film and I’ve even been called not a “true” horror fan.  I have my own theory on the concept on what a “true” horror fan might actually be, but that’s another article entirely.  Back to the subject at hand though. I strongly believe that not wanting to see this movie doesn’t make me any less of a fan. And just because I have no desire to watch this film doesn’t mean I don’t understand it’s place in horror and the impact it has made.

I Spit on Your Grave (original)

This film tells the story of a woman who is brutally gang raped and left for dead, and then later seeks revenge on her 4 assailants. So, being a girl, I’m sure it’s pretty obvious why I’m not running to see this film.

Now I don’t take issue to those that enjoy these kinds of movies — more power to you. Even I have watched both the original and remake of Last House on the Left, and to buck the trend somewhat, American Mary is one of my favourite movies (although I guess this is a twist from the standard). But in general, I’m not a fan of rape-revenge style films.

What mainly keeps me away from I spit is the sheer brutality and focus of the sexual violence.  Yes, I suppose I could just fast forward through that scene and watch the rest of the film, but it still doesn’t make me want to watch it. I don’t want to watch a woman go through that experience just so I can try to ‘enjoy’ her story of revenge.

Just like with Cannibal Holocaust, I probably won’t ever watch this film. But you can’t doubt it’s place in ushering in the exploitation sub-genre. 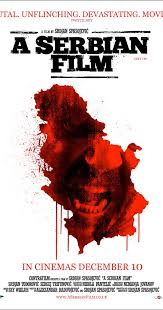 I have heard so many wild things about this film and none of them have been good.

This film is about an ex-porn star who’s recruited to make one final film, but the catch is he must sign the contract before he knows what he is being a part of. Which leads to him partaking in some of the most depraved actions in humanity, including, rape, paedophilia and necrophilia.

As you can probably guess, this movie has been touted to be only for those with strong stomachs. And although I consider myself more than able to handle most subject materials, my desire to see this film is non-existent. It really sounds like it has no redeeming qualities whatsoever. 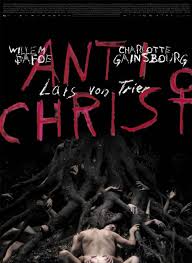 A couple retreats to a cabin in the woods to deal with the grief of losing a child.  However, you wouldn’t really get that from the film’s cover, which shows the couple in the midst of a passionate moment under a tree.

Antichrist is set up as a six-chapter movie, which metaphorically explores grief and fear. The Director, Lars Von Trier, is known for his ‘artistic’ take on his films, but this still does not sell it for me. It’s not that I’m above or don’t understand what he wants to achieve, I just don’t really like his take on the subject.

Admittedly, Antichrist is an example of me judging a book by its cover, but the cover really does not appeal to me. I fully realise that I shouldn’t be judging a movie by its poster/dvd cover alone, but they’re really focusing on one particular ‘shocking’ aspect and scene of the film, which seems a little disingenuous.  I’m not saying I’m a prude — I like sex in my horror just as much as anyone else, I just don’t think it should skew the direction of the cover art if it detracts from the main message of the film.

The Human Centipede (The First Sequence) 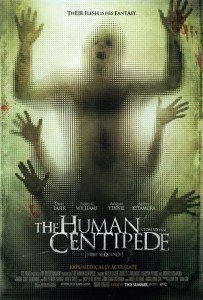 This film tells the story of two American tourists, who fall victim to a mad scientist’s plans to create the first human ‘centipede’. Now, if you think that’s too far-fetched then know this is apparently 100% medically correct as the film’s marketing was only too happy to tell us.

I’m all for crazy in my horror, believe me. But from the many reviews I have read, I can safely garner that this goes so far off the ‘my-kind-of-crazy tracks that an experienced search party couldn’t find it.

I’ll happily admit that I’ve gone back and forth on whether I want to watch this, but I’m pretty positive that I’m going to find great entertainment in watching some poor saps get their mouths sewn onto another person’s rectum. Yum. I really don’t mind watching alternative deaths in horror – it’s part of the fun sometimes — but this just seems unappealing and inhuman. But that might just be the point I guess…

Have any horror films that you have no desire to watch? Let me know @horrorevilqueen