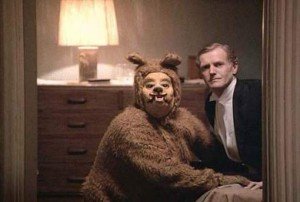 Firstly, let me tell you something off topic.  I love a podcast.  When I find a new favourite I tend to binge-listen to the entire back catalogue.  The latest show to hook itself into my everyday life is The Elis James and John Robins podcast.  It’s essentially a compilation of the best bits of their weekly Saturday morning radio show on XFM.

Why am I boring you with this?  Bear with me…  The two fine chaps that host it used to run a regular feature called Sacred Cow, which explored whether some of the world’s so-called “untouchable” bands/artists were really that great.  Think along the lines of your Sex Pistols, Bruce Springsteens, blurs, and your Jeff Buckleys.  It would regularly cause a not completely unexpected debate amongst listeners, and I’m interested to see if the same could be said for some of the most lauded horror films too.

So I present to you a quickly-compiled list of 5 films which seem to be held in pretty high regard, but are perhaps a little “meh” in mine and some other folk’s humble opinion.  Hope you enjoy, and in the meantime I’ll batten down the hatches and prepare for a torrent of abuse… 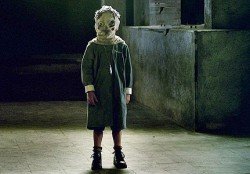 I’ll start with one that I was probably most disappointed by, after having high initial hopes.  I’m normally a huge fan of whatever pie Guillermo del Toro decides to dip his fingers into, but I just felt this was a little, well, dull.

I enjoyed the atmosphere, but can’t help think that if this wasn’t a foreign language film, it wouldn’t have had so much attention.  My opinion might be slightly skewed however, as I had the misfortune of once working with someone that would refuse to call it anything else other than its Spanish title – El Orfanato.  Bugger off Steve, you pretentious clown shoe. (Steve isn’t Spanish by the way)

Anyhoo, I didn’t hate this by any stretch, but it could have built on the well-crafted atmosphere and been a little more unnerving.  But, It was still MUCH better than a film considered to be of a similar style.  Which brings me nicely to…

Ugh.  The horror film for people that don’t like horror films.  In my opinion, there’s nothing original here.  Actually, there’s just… nothing here.  Drab, a little predictable, a lack of suspense, and Nicole Kidman (who, to be fair to her, is far from poor in this).

I think my main gripe with this is it could have been really good.  The much-heralded twist is relatively easy to figure out early doors if you’ve seen The Sixth Sense, which makes the scary parts much less so, as you know the “victims” are in fact the protagonists.  Which leaves the film pretty empty.

I’m not suggesting that this film tried to piggy back on the success of Shyamalan’s seminal showpiece – there was only 2 years between them after all – but I’m a cynical old sod.  I just wish that when Hollywood decide to actually splash decent dollar on a horror project, they try and work on a brand new idea.  That’s an argument for another time though. 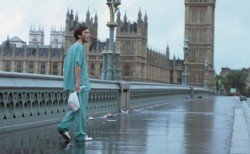 Ok, a quick disclaimer here.  I’m not a huge fan of Zombie films.  Yeah I know…  Don’t get me wrong, it’s not a blanket dislike.  I still get Goosebumps when Barbara is informed of her impending doom and all that.  But there’s just, so many.  SO MANY.

Let’s be honest here.  If this wasn’t British, and didn’t have “that” scene in London, then 28DL would be roped in with the majority of other generic modern day zombie movies.  The later Romero efforts – I’m looking in your direction here.  It’s still way better than World War Z though.  Let’s not be silly.

Again, like with The Orphanage, I don’t have a huge dislike for this film.  But let’s not band it a classic just because a Director Of Photography once happened to walk through the streets of London at 5am on a Sunday morning and feel all moved and lonely…

NOTE TO MANY: This film did not invent the “found footage” genre.  No matter how smug you look when you tell me Steve, this won’t ever be true.  So stop it.  At the risk of sounding a bit Alan Partridge-esqe, a general consensus of “Getting films wrong” often cause me to take a negative view on the film itself, which is the case here.

I suppose it could be considered the first mainstream film to be 100% “found footage”, as Cannibal Holocaust and the like never received mainstream distribution – quite the opposite in fact.  But still, The Blair Witch Project never really kept me entertained all the way through.  And I didn’t really like any of the characters, which is always a problem.  I did, however, like the ending though. 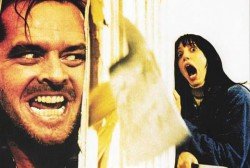 I know, I know.  What am I thinking.  Well I think, mainly, I’m just bored of it.  The endless references, spoofs and tributes that still crop up today means that I’ve more than had my fill of axe-smashed doors, legendary racehorses and those effing twins.

I’m no Stephen King uberfan, but when the writer of a story personally hates the film adaptation, then that’s pretty damning.  I don’t care who directs it.  And whilst I don’t fully subscribe to King’s theory that the film is misogynistic, Shelley Duvall does get a little irritating, don’t you think?

So there you have it.  I hope I haven’t upset too many people.  If you’d like to hear more of our rants, and perhaps even get clued in on stuff we actually like, then why not become a full member of the London Horror Society.  You’ll receive a weekly newsletter packed with stories like this, be first in the queue when it comes to our favourite events, and sometimes even the odd discount here and there.  What’s more, it’s completely free.  Find out more here.