In times of real horror that we now find ourselves in, there is one thing that remains comforting to me – horror films! 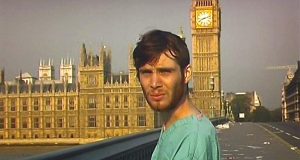 Indulge me as I go a bit academic for one paragraph… psychologically speaking, horror films are known to be a manifestation of the filmmaker’s mind – a way for them to expose their fears personified in the image of the monster.

By having the protagonist fight and kill the monster (usually, well, sometimes… not necessarily always) is a way for them to experience relief from those fears, a catharsis as some academics write.

The same experience travels to us – the audience gets to live those horrors in a controlled space, and within the borders of the screen we are also able to experience the same catharsis.

In simpler terms, horror films can take a bad situation and allow us to identify with the protagonist and fight against the thing that is trying to destroy us. So, I’m humbly inviting everyone to experience this catharsis with me as we watch some pandemic horror films during these unprecedented times that we are currently living.

The presence of an invisible virus or an invisible, contagious threat is in evidence in all of the films below. So many other forms of “viruses” or “threats” have been explored in horror history – be it zombies, natural disasters, science gone wrong, etc – making it hard to choose five to list here.

With that in mind, my main criteria was… my selfishness and personal taste. So, without further ado, here are five of my favourite pandemic horror films:

This sci-fi / horror film is about a town that has been overrun by an alien force which replaces people’s bodies with emotionless doppelgangers. Dr. Miles (Kevin McCarthy) is the first to uncover what is happening in the small town near Santa Mira in California, and with the help of Becky (Dana Wynter), they try to warn the townsfolk in order to help them escape this alien attack.

What is interesting here is that the film explores how we behave when we are unaware of who is actually contaminated. Do we guard ourselves, or do we extend a hand to others?

As we find ourselves in this pandemic, we will identify even more with Miles and Becky, and we will run alongside them whilst they fight the “pod people”.

“Only when we have to fight to stay human do we realise how precious it is to us, how dear.”

Once again, inhabitants in a small town start to show violent and bizarre behaviour. David (Timothy Olyphant), the sheriff of the town, observes these changes and eventually finds out a military plane has crashed into the town’s river contaminating the water supply. He suspects this might be the cause of the strange behaviour spreading amongst the locals.

As the military gets involved, people start getting quarantined, infected, killed and all that jazz. The sheriff and his wife Judy (Radha Mitchell), together with a couple more people, manage to run away from the quarantine in an attempt to escape the city.

“I’m just saying, if she’s sick, we don’t want to be in the fucking car with her.”

Watch It Comes At Night On:

And once again… a family survives a disease that has devastated the Earth’s population. Paul and Sarah (Joel Edgerton and Carmen Ejogo), together with their son, Travis, (Kelvin Harrison Jr.), have established an order living in a secluded cabin.

The family are sure of themselves, but they are very unsure as to what is beyond the door that secures them – including other human beings. This uncertainty is what drives the narrative. Their lives are interrupted as Will (Christopher Abbott) breaks in and tries to steal water for his family.

This is classic disruption of normality, but here the threat is not a monster, it is a fellow human being who is trying to provide for his family – not a whole lot different from Paul.

It Comes at Night explores how human nature behaves at the face of threats and how we so easily turn against each other to protect our “kind”.

“Why is your mask ok? Nobody’s sick here”

This film belongs in the Cloverfield franchise, that started with the 2008 film directed by Matt Reeves — a handheld found-footage that shows the invasion of a monster in the city of New York.

This 2016 film is very different. Here, the story focuses on Michelle (Mary Elizabeth Winstead), a woman who was taken to an underground bunker after a car accident by two men (John Goodman and John Gallagher Jr.) who, in turn, prohibit her from leaving and insist the Earth has been infected and is now uninhabitable.

The horror portrayed here is more on the doubt of whether what the men are saying is actually true, or if Michelle has actually fallen victim of a kidnap. As the three people are locked together in the bunker we can take note of the activities they do – especially now that in the UK, are in a similar plight. Although let’s not try and learn too much from this, eh?

“People are strange creatures. You can’t always convince them that safety is in their best interest.”

The last of my favourite pandemic horror films is hits a little closer to home, with London and the UK now being the centre stage of a deadly virus. The narrative follows Jim (Cillian Murphy), who wakes up in a hospital in the midst of the epidemic and is rescued by Selena and Mark (Naomie Harris and Noah Huntley).

The two survivors explain to Jim that the virus has spread worldwide, but later on Jim finds out that a theory suggesting that Britain had been quarantined, and the rest of the world in fact was safe, is actually true.

In my humble opinion, I’d say that 28 Days Later is the darkest of the small selection of pandemic horror films here – not because the narrative offers a different story, but because Boyle’s directing is crude and watching it feels like being part of a clandestine fight club. A weird comparison, perhaps, as I have never been part of a clandestine fight club, but I can imagine the feeling…

“Have you got any plans, Jim? Do you want us to find a cure and save the world or just fall in love and fuck? Plans are pointless. Staying alive is as good as it gets.”