There are some amazing titles at this year’s FrightFest. As is the case every year, some will stand out more than others, and generally the main screens get it right — you will see the big ‘ones to watch‘ there. However, it would be incredibly foolish to ignore what the FrightFest discovery screens have to offer.

These smaller showings often hide some great titles too. In fact, I have found my discovery screen choices increasing year on year. I find they are a good way to watch movies you may not be aware of, or catch some that don’t always get a cinema release.

With that in mind, I’ve pulled together 6 picks which are I reckon are all worth checking out and will hopefully present something a little different. So here we are, in no particular order!

We Are The Flesh 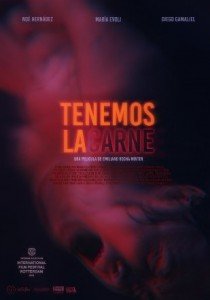 This twisted Mexican horror movie is dividing opinion currently. It looks to have plenty of shock factor, and is all in all a bit messed up. Set in a post-apocalypse Mexico, a brother and sister wander a ruined city for years in search of food and shelter.

They find their way into one of its last surviving buildings, where a man makes them a dangerous offer to survive the outside world — they must help him transform his building into a womb-like cave. He then pressures/coerces them into acts of incest, bloodlust, rape, murder and cannibalism. Got your attention? I think you’ll either find it impressive or “what the hell did I just watch!”

Night Of Something Strange 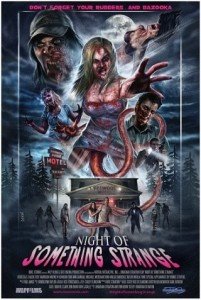 I’ll be honest, it was the poster got my attention here… It took me back to when I was a kid and those fantastically brilliant movie posters you saw.

This has that late-night, B-movie feel. It’s outrageous, offensive, bloody and brilliantly entertaining. An ode to 80’s slashers and grindhouse comedy horrors, Night Of Something Strange is based around a Sexually Transmitted Disease that wreaks chaos in a Motel during spring break.

Sounds like a great premise right? Throw in monster genitalia and orifices that bite and… well you can see where this is going.  It is going to be in your face and cheesy, but there’s absolutely nothing wrong with a bit of that! 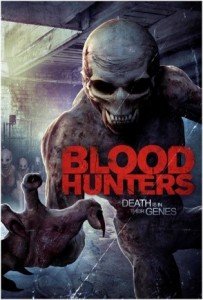 Now, this seems a bit ‘out there’ and is interesting to say the least. A single mother wakes up in a medical facility, and proceeds to discover that everyone is dead.  Yes, it sounds incredibly familiar, but the kicker is that she’s nine months pregnant.

As the movie progresses, she discovers that the facility has tampered with the boundaries of death, and started to bring people back to life. But those who’ve returned, have not necessarily returned alone.

This could be another film that I end up really glad to have seen. I love seeing moral dilemmas and situations plagued with ‘what if’s’ and different choices, and these certainly seem to be commonplace through Blood Hunters. 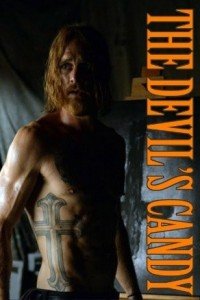 Now this is one I have already seen (as have some of you I’m sure), as it played at FrightFest Glasgow. It’s very well made and really grabbed me.

A talented painter buys a new house, and sets himself up in the garage to try to draw on some inspiration to paint. All the while a demonic force lingers in the background, and we are very soon launched into a creepy haunted house tale.

I found this to be a great homage to occult films, with a fantastic heavy metal soundtrack. It’s loud, in your face and has some excellent performances too. It’s a great follow up from San Byrne’s previous movie, The Loved Ones. I reckon you’ll find this to be intense, gripping and you’ll find yourself really caring for the characters involved. Worth Watching! 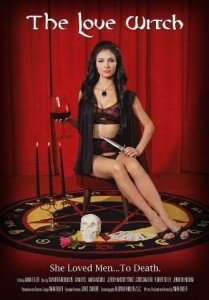 The Love Witch is a beautifully shot and gorgeous tribute to 1960s/70s low-budget horrors.

We follow the story of a young witch who concocts spells and potions, picks up men and seduces them in search for love. When she finally meets the man of her dreams, her desperation to be loved will drive her to the brink of insanity and murder.

The film explores female fantasy and the repercussions of pathological narcissism. Here’s an excerpt from the director’s statement: “…she has essentially been driven mad by being a woman, and is struggling to find love and acceptance in a world that has disappointed her at every turn”.

I’m very intrigued by this and it promises to be a good change of pace as well. I think the look, feel and homage to sexploitation films will really be enjoyed on the big screen, and will transport you back to that time I’m sure. 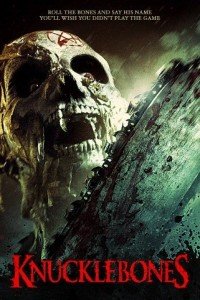 A Slasher flick is always a good, safe pick. You essentially know what you are getting, and if it turns out to be more than you bargained for, then it’s always a really pleasant surprise.

“After suffering a near-death experience, Neesa Avery has literally been to Hell and back. She and a group of friends discover an ancient dice game involving human knucklebones. They unleash the powerful demon and as they attempt to finish the “game,” it becomes clear it has special plans for Neesa having met her briefly in Hell”

This won’t be pretty nor is it likely to be anything ground-breaking, but that’s fine with me in this instance. It looks like it has a totally badass new villain, a fight for survival and killings a plenty… Enjoy!

There are others I could have included in this list and I certainly could have gone on longer. Trying to keep it to just 5 was really tough! The main screen films also seem to be some great picks this year too (Cat Dunn highlighted a few in her FrightFest preview here). All in all, it looks like we’ll be getting a great festival! See you there.