If you’re looking for a true fright this Halloween, join LEAFF for a special programme of the latest and greatest in East Asian horror from renowned directors including Hideo Nakata (RING) and Mari Asato (JU-ON: BLACK GHOST)! With everything from ghost stories and devil fish to intruders under the bed and unsolved murders, their Halloween Horror Special is guaranteed to spook you – plus, if you come in costume, you might just get a treat or two!

With Asian horror on par with Hollywood’s scariest, LEAFF screens The Culprit (dir.
Goh Jung-wook) and The Tag-Along: The Devil Fish (dir. David Chuang) in time for
Halloween on 31st October 2019. This year sees a return of Director Hideo Nakata
and Mari Asato, the legends of Japanese horror including the Ring and Ju-on. The
Woman who Keeps a Murderer and Under Your Bed will be screened as UK
premieres. 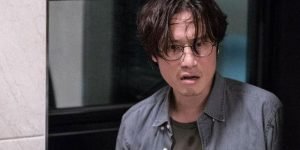 Young-Hoon’s (Song Sae-byeok) wife is murdered in cold blood. A hair sample found at the crime scene links his friend Joon-Sung (Oh Min-suk) to the murder and Joon-Sung is soon arrested for the murder. Meanwhile, Joon-Sung’s wife Da-Yeon (Yoo-sun) insists on her husband’s innocence. Young-Hoon also wants to know the truth behind his wife’s murder. To free her husband from prison, Da-Yeon needs Young-Hoon to testify in support of her husband. Young-Hoon suggests to Da-Yeon that they work together to uncover the truth and in return he will testify on her husband’s behalf.

Under Your Bed + Q&A with Director 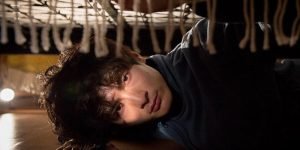 Naoto was ignored by other people. During his school days, Chihiro was the first person who called his name. Naoto dreams of seeing her again and tries to find her. Finally, after 11 years, he locates her, but she is a totally different person now. Naoto becomes obsessed with her. Naoto sneaks into her house and stays under her bed.

The Woman Who Keeps a Murderer 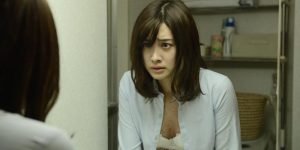 From the director of the hit Japanese horror Ring(1998), Kyoko is afflicted with multiple personalities after a suffering a traumatic childhood. A series of murders occur in the community and Kyoko begins to wonder if one of her split personalities could be responsible.

The Tag Along: The Devil Fish 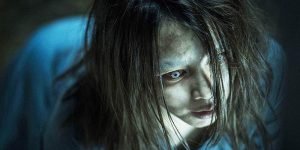 The London East Asia Film Festival (LEAFF) runs from 24th October until 3rd
November 2019, showcasing East Asian culture in the UK and championing
the growing collaboration and diversity in East Asian filmmaking. The festival
presents a varied film programme, which includes International, European
and UK premieres. Screenings are supplemented by guest appearances by
filmmakers, actors, critics and academics who will partake in Q&A sessions.