7 Films You Need To See On Shudder

So, if you haven’t already heard of Shudder, or you have and just haven’t gotten around to subscribing, well… it’s high time you did. 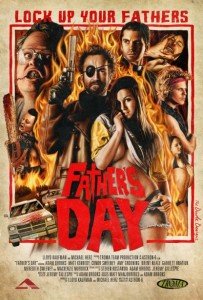 If you’re in any way unsure, I’m going to present to you the 7 films to look out for while you’re browsing the multitude of choices available on Shudder!

There some you might not have heard of,  or never actually got round to seeing. I’ve missed out some new titles on there like Sadako vs Kayako, and 31 and classics like Re-Animator, Rabid, and The Texas Chainsaw Massacre for obvious reasons. Each film warrants its own lengthy review for sure, but for now it’s just a simple snapshot of the sorts of films available.

This is a Shudder Exclusive on terms of On Demand viewing. Dearest Sister is a slow-paced, creepy thriller. Coming out of Laos, it is a story of young lady who is sent to look after her blind cousin, who happened to develop powers to communicate with the dead. It has such a different take on the classic ghost story, with a great twist sewn in.

We get to see the relations between the two central characters develop wonderfully, and the fact that it’s set against cultural and class differences, it all builds to become a great spook story. Well worth checking out.

Let The Right One In (Swedish)

Ok — this is the version to watch. The original one. Let The Right One In is a dark, but somewhat ‘sweet’ storytelling of friendship, struggles, and of course, a friendly(ish) neighbourhood vampire. It centres around a boy who gets bullied and befriends (unbeknown to him) a vampire.

This is a beautifully shot film, and it will keep you engrossed through not only its conveyance of the story, but also through the engagement with the characters.  Very much worth a watch if you haven’t already!

Everyone likes a good Rob Zombie film (or at least used to) right? If you haven’t seen his earlier stuff, this is probably one of his best. It will shock you more so because of how it pushes boundaries, treats you to some dark subject matter and shows just how depraved and deplorable a group of people can be.

The Devil’s Rejects picks up where it’s predecessor, House Of A 1000 Corpses ends, with the 3 central characters on the run and leaving a trail of devastation in their wake. Rob Zombie certainly tells a great tale here, and takes you on a brilliantly maniacal journey — just try not to wince at some of the scenes you’ll see.

You know how The Hunger Games could have really pushed the boat out with some epic death scenes? Well, if you haven’t seen it already, this is Battle Royale in a nutshell.

This is J-Horror at its finest. Brutal, in your face and bloody. Its also gritty, dirty and tries to place you firmly along side the protagonists on the remote island (Lord of The Flies nod?).

You then try to pick a kid (or a few) to side with, to root for, but fairly quickly they die and you are left to wonder who is next, how are they’re going to meet their demise, and who will ultimately survive… It’s certainly an unforgiving movie, and there’s no doubt that you will be left asking yourself…”what would I do if it were me?”.

First and foremost, Father’s Day is a Troma film, so manage your expectations accordingly. Secondly, its great fun! It pushes every single messed-up boundary you might have, and leaves you with a smile.

There is gratuitous nudity, sex, violence, blood and dark, dark humour. Throw in some wacky gore scenes, some ‘cross your legs’ moments, and a stripper with a chainsaw, and you’ll come to see that this has everything a grindhouse movie should have, and is a great tribute to the 80’s VHS style movies.

The film certainly doesn’t take itself seriously (as you’ll probably have guessed by now) and you’ll just need to suspend your moral compass and enjoy as it goes from one extreme improbable scenario to another… just make sure you prepare yourself for all that is Father’s Day!

Another J-Horror on my list but another that’s truly worthy.  Tokyo Gore Police is really… out there. There is gore, spraying blood, glorious mutations and lots of kills scenes that are inventive and very bizarre, commentary on society and some witty humour.

Mutants known as engineers, who grow crazy weapons on their bodies are terrorising Tokyo. That’s the tag line of tag lines eh?  A sword-wielding police woman is after them, and she won’t stop until she finds the man behind it all… and soon uncovers more than she bargained for. Its cliché but immense fun, almost amine-esque in its comic book-style setting and is certainly one to watch!

Ok, I’m sure you’ve probably seen this, but as always, American Psycho is ALWAYS worth highlighting…

Patrick Bateman. Remember the name, as this film is all about his pursuits in life. From a stringent, systematic approach to life in general, to the cut-throat world of investment banking and the thrill of murder. It’s a dark comedy (yes, another on this list) and shows how crazy things can get if you let them, or even want them to.

The simmering tensions of work are perfectly coupled with the character’s fetishes; not only sexual, but on clothing, beauty regimes, and even business cards. All this leads to a crescendo of Bateman letting loose with brutal murders, and building the persona of who he wants to be. If you haven’t seen this, it’s a modern day classic and an absolute must-watch.

I hope you enjoy these movies, and I’d be interested to know your view on some you may be seeing for the first time. Shudder really is the ‘Netflix of horror’ and certainly a great subscription to have!