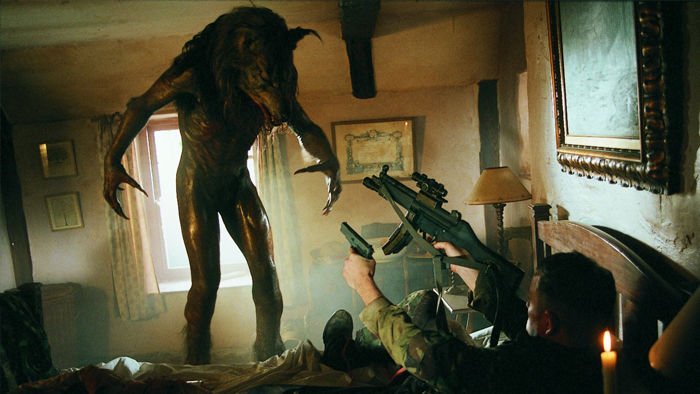 The horror that comes with creature features is a fear long instilled in us from decades before we were born. It comes from that part of the human mind that makes us stare in shock when we see someone with a limb missing or a physical deformity; we don’t mean to stare maliciously, but our human psyche is both shocked and scared, even when we rationally know there is nothing to be afraid of.

It also dates back to the abundance of mythology, not only in the UK, bjjut all over the world. Those stories your parents tell you that fill your head with nightmarish creatures that dwell in the woods. For me it was when we drove through the barren moors in the North that my Dad would explain to me about the banshees, with screeches so high-pitched that it would make your brain explode. It’s these monster tales that stop us from indulging in the picturesque landscapes of green and brown that surround us, and instead opting for the comfort of our sofas where werewolves, vampires and ghouls only exist in the realms of our HD televisions…

Living near London means it’s easy to gain a strong sense of how gangs work, their language and how hilarious they are as human beings, so it’s no surprise that Joe Cornish’s Attack The Block went down well – you get me fam? The 2011 film pushes the boundaries of a young gang when they come face to face with dense black creatures that resemble the outcome of sexy time between a gorilla and a lycan.

If you’re not from the UK, this will give you a good insight to the mannerisms that most teenagers aspire to have, and it will leave you baffled whilst in hysterics. Pairing the fear of monsters with a council estate in London, decent drug dealers and chav packs was a seriously smart move and has created a new creature cult film. 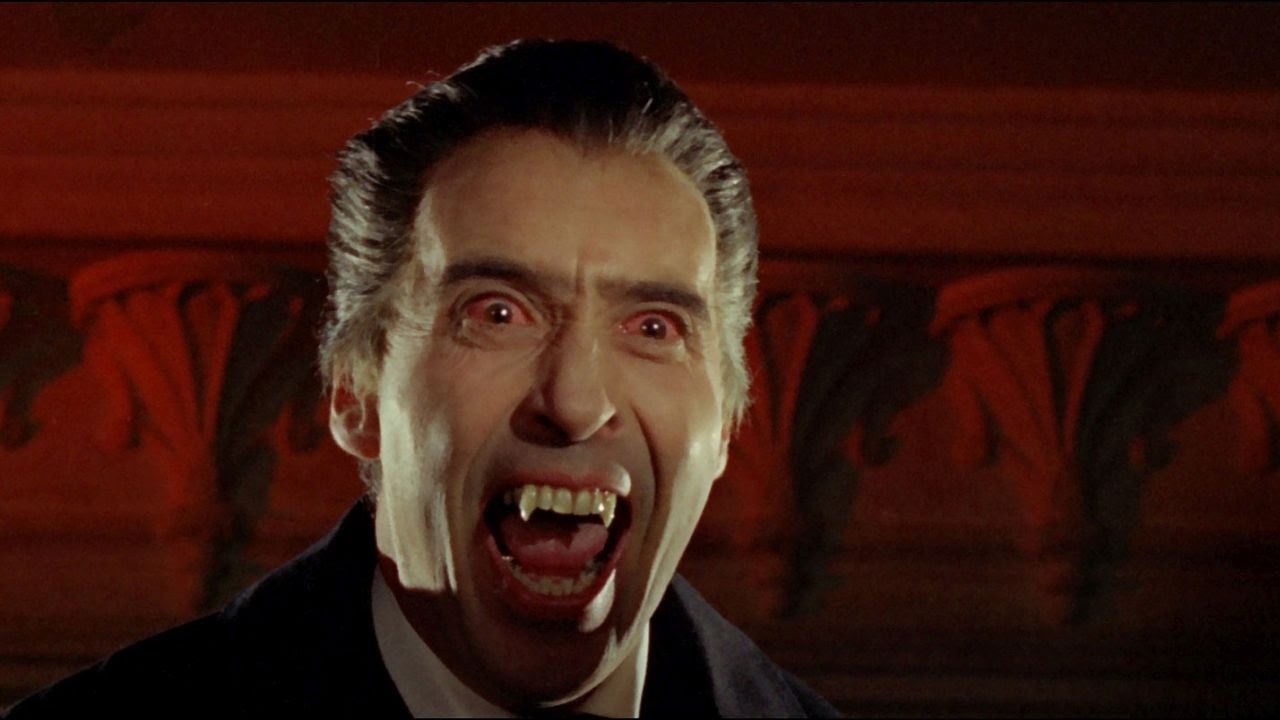 Hammer Horror are the original masters behind the majority of outstanding British monster movies, and they’ve influenced many modern ones in their time. Choosing one particular film from Hammer is a painful endeavour, but for me, nothing compares to the late Christopher Lee as Count Dracula, with a macabre sex appeal and an intensely frightening demeanour.

Director Terence Fisher went on to direct many other Hammer classics including The Curse of Frankenstein, The Devil Rides Out and The Hound of the Baskervilles, which all exhibit his flare for the beasts that dwell within our anxieties, but Dracula is everything vampires have always been – damn right terrifying, but sexy as hell.

Fun fact: the exterior scenes of this film were shot in a place called Ashridge Park, which is about a fifteen minute drive from my house, hence making the whole ordeal of The Descent amplified. Following a group of six female friends into the dark depths of the isolated labyrinth, you’re quickly awashed with a slow budding dread alongside potent panic, which explodes repeatedly every time one of the crawlers pops in front of a torch.

The incredible creatures that will put you off ever venturing underground were brought to life by Paul Hyett, whose latest feature Howl (werewolves!) has been stirring up excitement. The claustrophobic atmosphere of the film is enough alone to make you wide-eyed, but those endless caves aren’t the biggest threat. 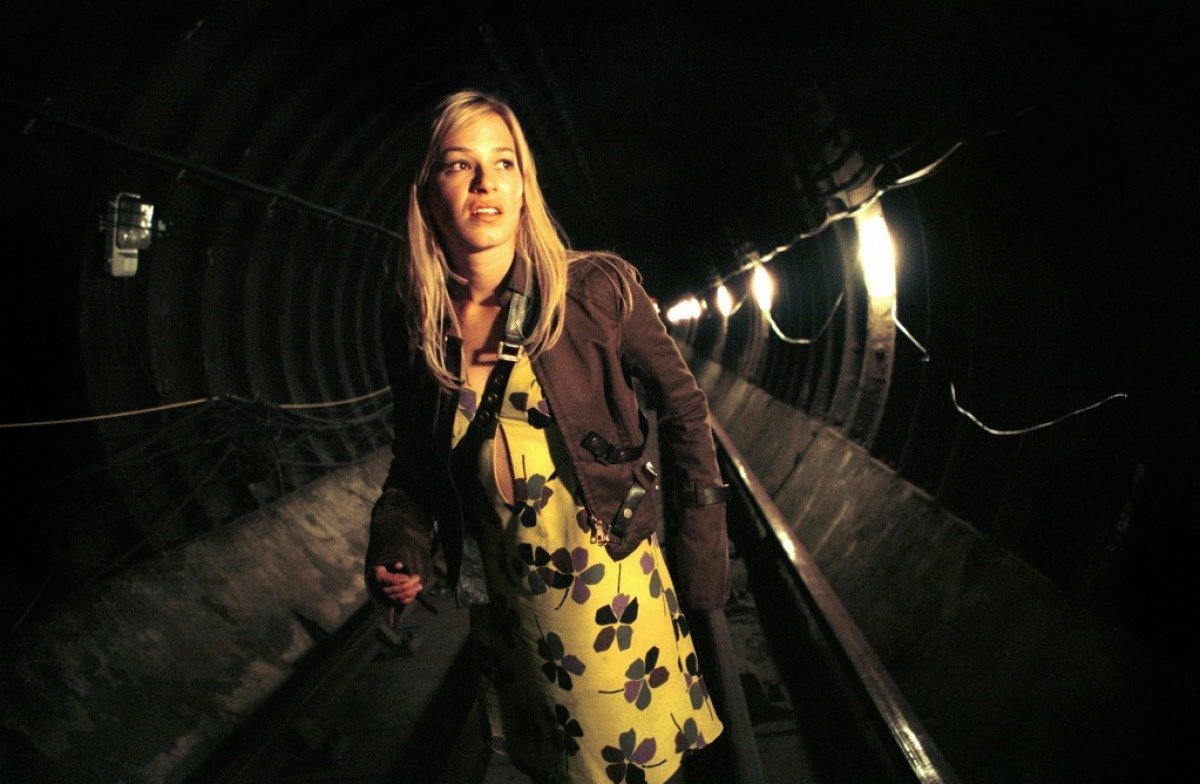 The London Underground can be a dreary place at the best of times, let alone when there’s something sinister lurking in the damp tunnels. Creep holds varied reviews, but for someone who already finds the underground system nerve-racking, this film just added wicked connotations. The thought of standing near the end of the carriage near the open window literally makes me consider fucking off London forever.

Director Christopher Smith may have forgotten to add slightly more roughage to the plot (Smith vastly makes up for this in his film Triangle), but all the chills are in the right places. There’s a particular torch scene, which made me shriek like a child and forget ever searching pitch black rooms by lighting them up inch by inch, only to find something hideous waiting. 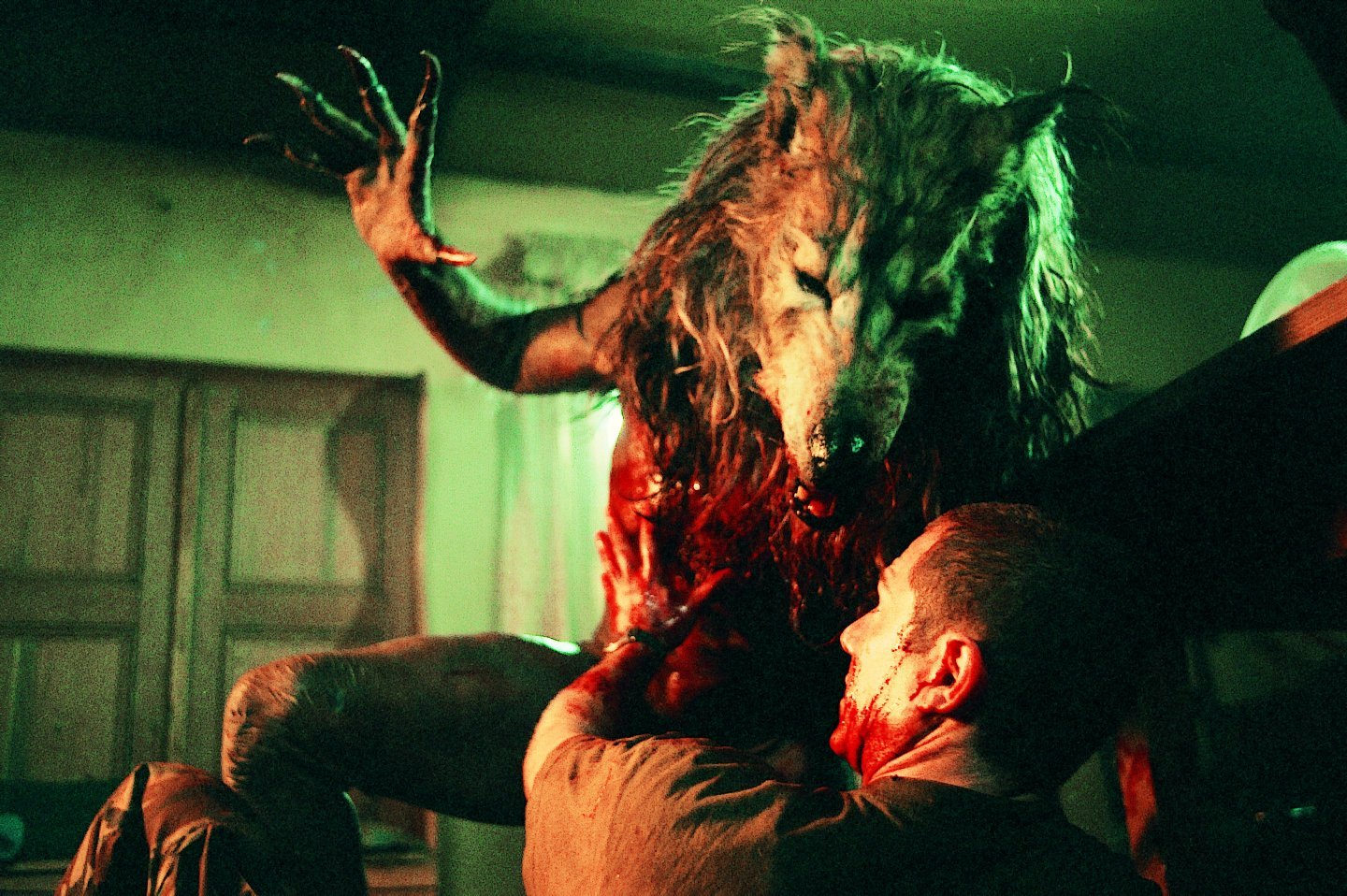 There’s three essential elements to a near perfect werewolf film; guts and gore, appropriate humour and special effects. Without these aspects, a werewolf film is never going to achieve that level of adrenaline that a white-knuckle ride creates.

Dog Soldiers truly captures the essence of crude British humour, timed perfectly by the characters, using it to throw you off before someone gets gutted. As with The Descent, director Neil Marshall shows attention to detail by selecting the right people to create the authentic SFX werewolves that dominate with height, and shock with brutality. 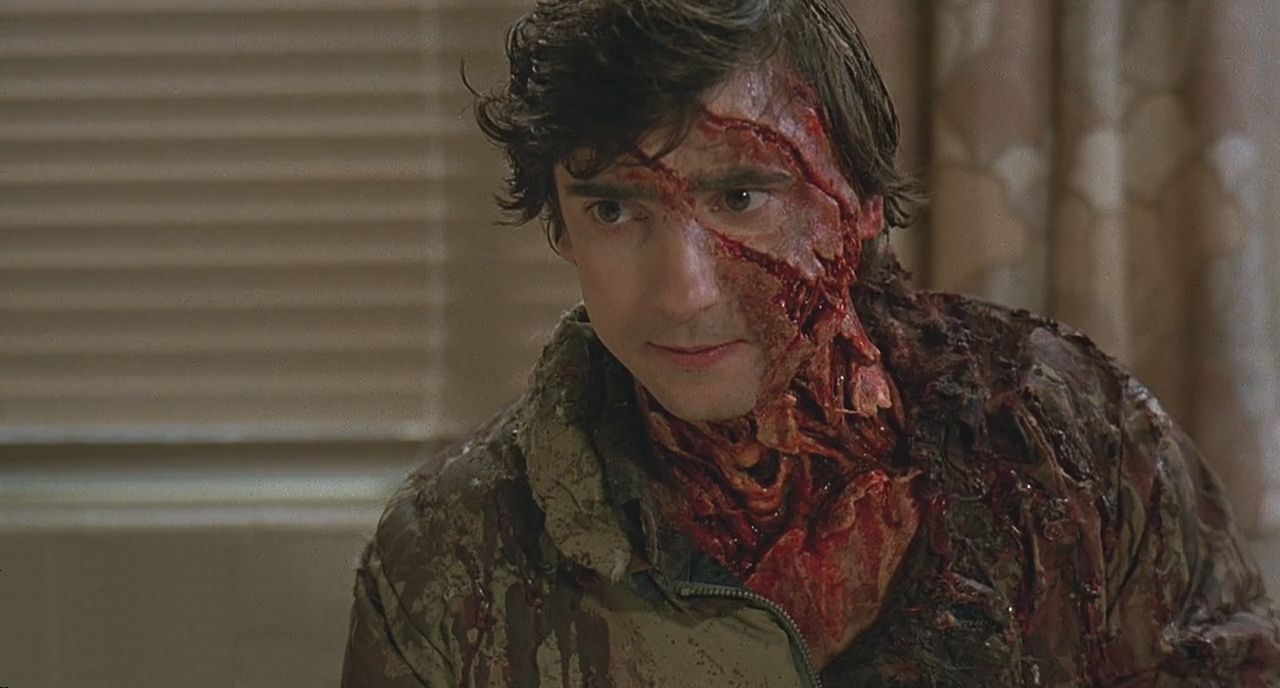 An American Werewolf in London (1981)

As you can tell, I’m a sucker when it comes to big hairy monsters transformed by the full moon. It’s difficult not to fall in love with the horrific and harrowing tale of men or women that painfully and drastically mutate into flesh craving, oversized wolves.

That’s why John Landis’ An American Werewolf In London is classed as one of the greatest werewolf films of all times; because it has some of the most disturbing transformations ever portrayed. The film also puts in a good measure of humour, which is crucial, whilst supplying the audience with a genuinely hair raising experience. 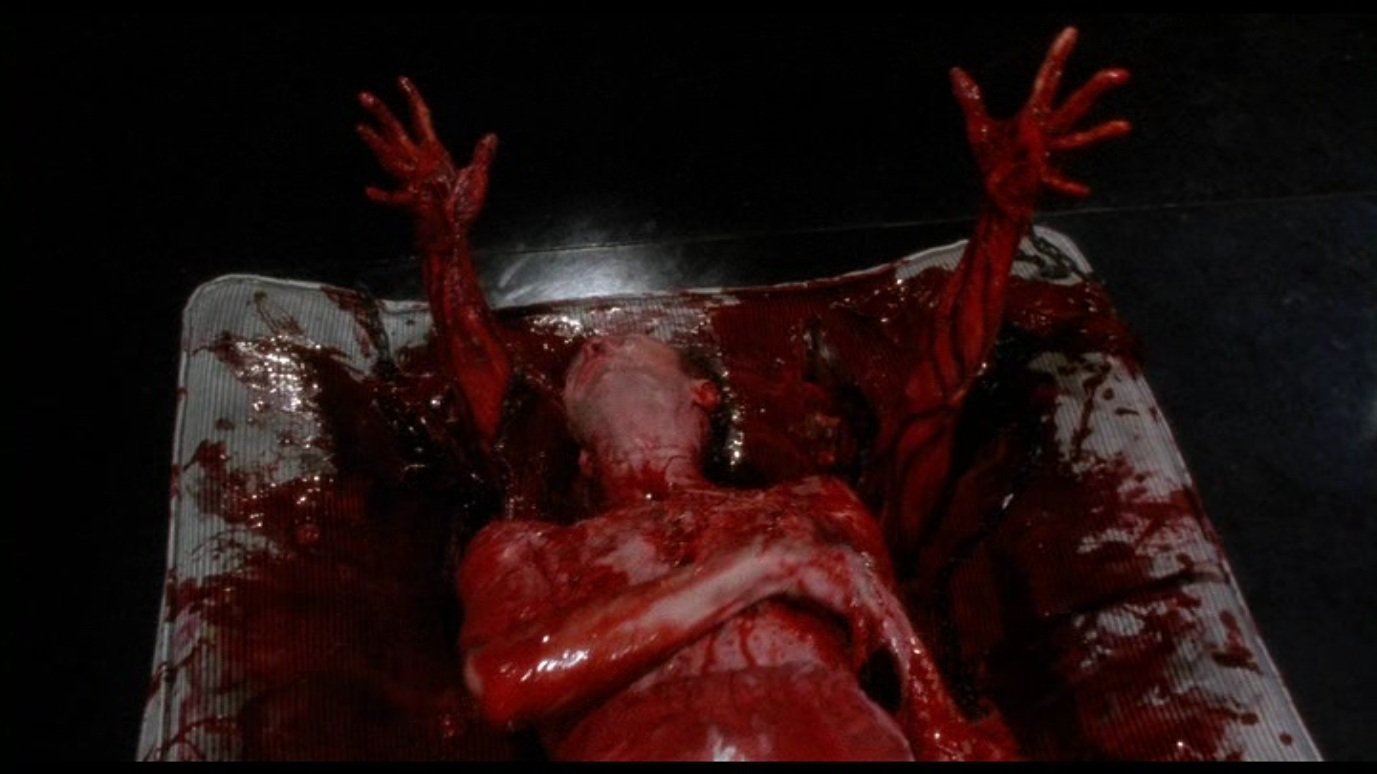 My first time viewing of Clive Barker’s vision of hell at the hands of demons known as cenobites, stuck with me forever and heightened my worries about having sinned too much. The entire film plays on the power of suffering and creates a surreal state, leaving you clutching a bible.

The extremity of punishments executed by the cenobites make you wince, although it’s often their more psychological torture methods that really make you uncomfortable. Whether or not you categorise demons as monsters, you can’t argue with the fact that you should never play with Layment Configuration’s that don’t belong to you.

Not only is Alien my all time favourite British creature film, it also happens to be one of my all time best films ever, ever, ever. No horror film has ever captured my attention so greatly, whilst making me wish that I’d never watched it in the first place. Ridley Scott provided a feeling of horror unlike no other by cocooning his victims in an already hostile environment, made lethal by one pissed off mother of an alien.

The Xenomorphs don’t only look menacing and evil, but they also have this beautifully intriguing design thanks to the unique artistry from H.R. Giger. These creatures are the stuff of a bad acid trip, with impregnation by deep-throat for a sustained amount of time. What truly completes Alien is watching the gruelling battle that Sigourney Weaver as Ripley has to endure, that ends in bloody destruction.