She fought Michael Myers more times than anyone would care to. 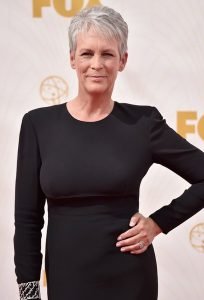 Then fought ghosts that appear in fog.

Even fought a killer seeking revenge on a train before fighting a deranged killer on her prom night.

Her name echoes in every cinephile and every film studies academic’s mind.

Whether you like horror films or not, you have heard her name.

This installment of A Living Tribute is the final girl herself – scream queen, Jamie Lee Curtis.

Jamie Lee Curtis’ first job was on a low budget horror film. She plays the part of the nerdy girl who stays away from sex. Whereas it’s all that her friends can think about.

In 1978 Halloween was released and Jamie’s career skyrocketed, mainly within the horror genre.

She gave life to Laurie Strode, a character that helped define not only her career, but also film history.

Halloween became such an influential film that its impact in film history remains alive to this day.

But one specific contribution was that it allowed Carol Clover to develop the theory of the Final Girl – the female character that stays alive (or barely) until the end of the film, whilst her friends all meet their end. 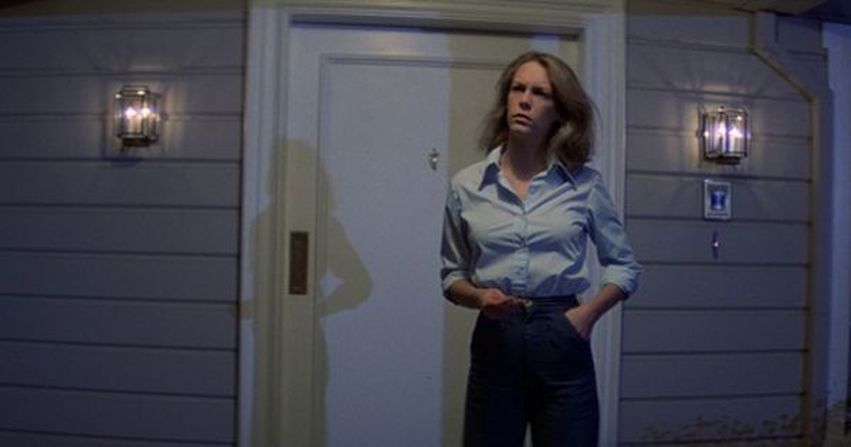 Clover’s analysis was developed in her cornerstone book, Men, Women and Chain Saws, where she explored the negative and the positive aspects of the character.

Therefore, the “good girls” can survive, whilst the “bad girls” must die, and the audience shouldn’t feel pity for them.

Moreover, Clover writes that the Final Girl does not survive solely on her own, but because she gets help from a (male) rescuer.

In conclusion, the figure of the Final Girl is a complex one, with positive and negative aspects, however, it is undeniable how important it is for horror film history,

Especially in slasher films, as many more Final Girls were created in the years to follow, especially ones played by Jamie Lee Curtis.

FROM FINAL GIRL TO SCREAM QUEEN

A few years after the release of Halloween, Jamie Lee Curtis would rejoice in her newfound fame establishing herself as the Scream Queen. 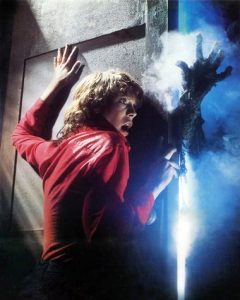 In 1980 she was cast as Elizabeth in the film The Fog, directed by John Carpenter, and written by the Halloween duo – John Carpenter and Debra Hill.

Carpenter has spoken openly about the fact that he and Hill never had any intentions of creating a Final Girl.

Thus, Carpenter invited Jamie to play a role that was miles apart from Laurie, exploring a different side of the Final Girl.

In The Fog, Jamie’s character is a hitchhiker who is ready to explore her sexuality with any stranger.

Yet, in the same year, Jamie starred in two other slashers, Prom Night and Terror Train.

In both films she battles a killer who is seeking revenge. And in both films, she is the survivor whereas her friends die, perpetuating even more her status as the Final Girl.

Scream by scream Jamie’s established herself as a key actress in the 80s. Roger Ebert wrote she “is to the current horror film glut what Christopher Lee was to the last one or Boris Karloff was in the 1930s.”

STEPPING AWAY FROM HORROR

She shattered her image as a horror actress, starring in Trading Places, a comedy directed by John Landis, for which she won a BAFTA.

Then she was nominated for another BAFTA for her work in the British comedy A Fish Called Wanda. 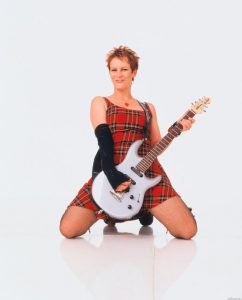 The actress didn’t limit herself to the big screen and explored different avenues.

She was cast in various TV shows and was highly recognised for it.

Her performance as Hannah Miller in the sitcom Anything but Love delivered her another Golden Globe and a People’s Choice Award.

Jamie’s career slowed down at the beginning of the 2000s as she chose to focus on her family.

With her career as an actress on hold, she gave green light to other projects: she wrote children’s books, blogged for The Huffington Post, and engaged in politics and humanitarian projects.

She has worked closely with causes that believe in human rights for all, such as the American Foundation for Equal Rights and the Human Rights Campaign.

Moreover, she has ties with the Children’s Hospital in Los Angeles and the Children Affected by AIDS Foundation.

COMING BACK TO HER ROOTS

Jamie Lee Curtis is well known for her sense of humour. When Ryan Murphy called her to star in a TV show called Scream Queens she jumped at the opportunity.

It allowed her to explore different characteristics that fortified her fame – her role in Halloween, her mum’s legacy as Marion Crane in Psycho and the overall horror genre.

The importance of Jamie’s work in front and behind the camera is undeniable.

But, throughout her life, she has held close ties with Halloween and Laurie.

Twenty years after the release of the first film, she steps in Laurie’s shoes once more in 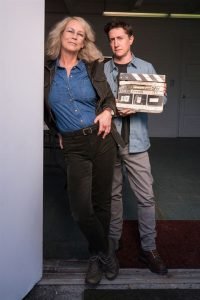 In 2002 she revisited the role for what would seem to be the last that we would ever see of Laurie as she fell onto Michael’s knife in Halloween: Resurrection.

Later, Jamie implied she only appeared in the film due to contract obligations.

Fortunately, it wasn’t the last we would see from Laurie as David Gordon Green stepped up and directed another installment of the saga – this time ignoring all other chapters.

The film was taken well by audiences and critics, and Jamie openly said she’d be willing to do another Halloween film with Green.