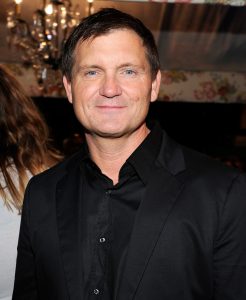 Williamson was born in North Carolina in 1965 and with John Carpenter, Hitchcock, and Spielberg’s help, he found his passion in films.

Previously, he’s stated that his favourite film is Carpenter’s Halloween, and that was his reason to pursue a career in film.

Williamson started developing his love for horror at an early age and it’s translated into his stories alongside his enthusiasm.

Moreover, his adoration of films has made him one of the few screenwriters to get his name on film posters; his name is an attraction.

His legacy started in the mid-90’s and he is wildly copied. Looking back at his accomplishments it is easy to understand why.

In 1994, Williamson wrote the screenplay for Scary Movie, which would later be re-named Scream.

His inspiration was Danny Rolling AKA The Gainesville Ripper, a serial killer who murdered five students in Florida over four days.

At the time, Kevin was a struggling writer hoping to get his first big break and, from these heinous attacks, he wrote a screenplay that would later change horror history.

His story was so compelling that a huge name of horror, director of legendary films such as The Last House on the Left, The Hills Have Eyes and creator of Freddy Krueger, Wes Craven took a chance on him.

Even though Scream was his first work, it’s possible to see the pattern that Williamson follows in most of his other works: giving a voice to teenagers. He made his films heavily teen-centred.

After Scream, Kevin started writing teen-horrors and they never fail to deliver. His second screenplay, I Know What You Did Last Year was adapted from Lois Duncan’s novel. Alongside Scream, this horror shaped the rules and the form of future slasher films.

Next was Scream 2, a bold film that pokes fun at horror sequels, and The Faculty, which sometimes goes under the radar. It’s a brilliant film and the story is spot on – teenage angst against a cruel world.

It’s not a secret that Williamson is gay, but if we take into consideration the tones of his stories and the nuances of his characters, we can draw a line from his sexuality to the patterns he follows in his writing.

As mentioned before, he gives teenagers a voice, allowing them to speak for themselves and resolve their own problems. He creates rounded characters that otherwise would be the butt of the joke – the nerd, the sexually confused kid, etc.

Moreover, he also mixes the “underdogs” with the popular kids, the party animals, and the jocks, and makes them a community. He also turns the grown-ups into sociopaths. Autobiographical lines here may not be merely coincidences.

The end of the Golden Era

In the late 90’s, Williamson starts writing for television and creates one of his biggest legacies, Dawson’s Creek, focusing on (you guessed it) teenage drama. Dawson’s Creek changed the way television portrayed teenagers.

At the same time, he drops out of the third instalment of Scream to pursue one of his most autobiographical stories. He writes and directs Teaching Mrs. Tingle, with none other than Helen Mirren as the title character, and Katie Holmes from Dawson’s Creek.

The film was previously named Killing Mrs. Tingle, but it was renamed due to the 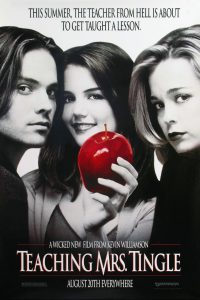 Williamson claims he found a connection with Lois Duncan’s original story, stating he had a Mrs Tingle in his school that told him he “had a voice not to be heard.”

Unfortunately for us horror fans, this wasn’t his best move. It flops at the box office and Scream 3 is the worst film in the franchise.

The early 2000’s is a rough time: Dawson’s Creek ends in 2003 and in 2005, his next collaboration with Craven, Cursed encounters many problems during production; it’s another flop.

Williamson shifts from horror and tries to find other audiences, creating Hidden Palms, a TV show that focuses on rich teenagers, and Wasteland that focuses on friendship, homosexuality, college and romance.

Sadly, both projects suffer such horrible deaths they make the killings by Ghostface look like a walk in the park…

Getting back to his roots

Williamson is in a slump, so he decides to head back to his beloved genre; the one that saved him over a decade before. In 2009, he creates another hit, The Vampire Diaries based on L. J. Smith’s books.

The show follows a group of teenagers in a small US town where superstitions regarding vampires isn’t an urban legend.

The programme was on air for eight seasons and is a terrific addition to the era when teenagers were hooked on vampire romance after the success of Twilight.

The Vampire Diaries, however, is for a more mature audience, following in the footsteps of Buffy the Vampire Slayer. Nonetheless, Williamson embraced the era and what was popular amongst teens and young-adults and delivered it with his own brand of cheekiness.

Williamson isn’t dumb and realises what he’s doing is right. Therefore, he decides to create another TV show based on novels written by L. J. Smith. It’s 2011 and The Secret Circle is released. Although not a complete failure, the show fails to find its audience and gets cancelled after its first season.

Despite the threat of a new slump, things are not as bad: The Vampire Diaries is still very popular, and Williamson’s imagination is working overtime.

He decides to take a risk and steps out of his comfort zone, creating two new TV shows with grown-ups as the protagonists! And, despite still delivering a great amount of blood, the genre of the programmes isn’t horror but thrillers. 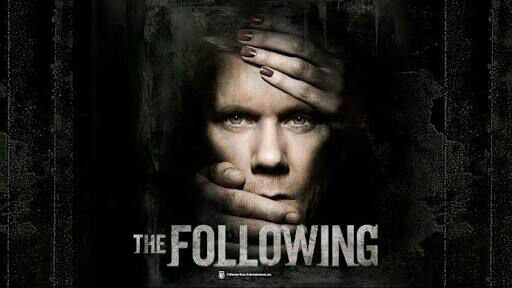 In 2013, with Kevin Bacon in the leading role, Williamson creates The Following, a psychotic drama-mystery that resembles the storyline of Hannibal Lecter (without the cannibalism).

The Following starts with a bang and it secures Marcos Siega as one of the main directors of the series. Siega already collaborated with Williamson on The Vampire Diaries and has some impressive credits, including Dexter.

Taking a step further, Williamson creates another TV show with the same tone, Stalker but the series fails to create curiosity and is cancelled after one season.

Williamson has remained quiet of late. He created Time After Time, a story that followed H. G. Wells’s story, but it’s cancelled after the first season. 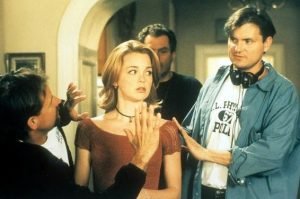 Currently, he is developing a new TV show, Tell Me a Story. The premise of the show is to tell the well-known fairy tales (The Three Little Pigs, Little Red Riding Hood, and Hansel and Gretel) with a dark twist.

As far as projects for the big screen, Williamson hasn’t given us any updates or news, but we shall keep on waiting…