And the point of a remake is… 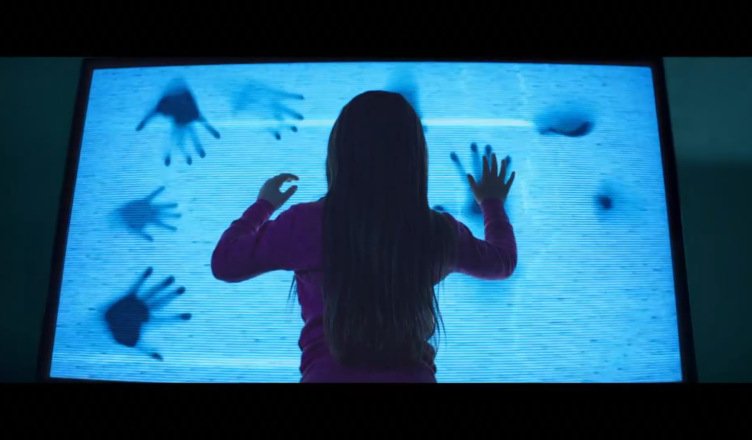 Being a huge fan of the horror genre, I will, within reason, go along to the cinema with my movie companion (aka Mum) and watch any horror movie that’s being shown. That being said, whenever there’s a remake coming to town, I take a deep breath and only hope that the Director has been kind. The most recent remake I’ve seen, along with some of you I’m sure, is Poltergeist (2015). Personally, I don’t understand why Director, Gil Kenan bothered? It seems that this was his first attempt at the genre and for me, and judging by a majority of the reviews on IMDB, a lot of others too, it’s left a bitter taste. After watching it to the end, I left the cinema asking myself, ‘Why was that so bad? What makes a remake work and what makes it fail with a capital F?’ In my own words I attempt to answer that by looking at some of the best and worst remakes of the past fifteen years.

I hear a lot of people argue that they want filmmakers to keep to the original script and that this is what remakes are all about. To some extent I agree but who doesn’t want a few unexpected scares thrown in for good measure? As previously mentioned, Poltergeist (2015), almost sent me to sleep. Why-oh-why bother with a remake if the acting is going to be forced and the effects are no better than a movie made almost thirty years ago? It was also so closely in-line with the original screenplay that I could have acted it out myself. But the acting and lack of imagination wasn’t its only downfall. 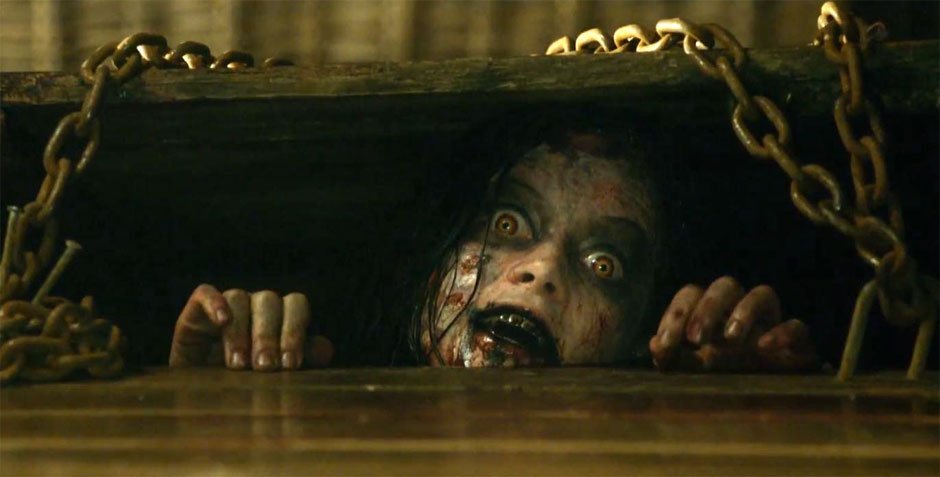 Let’s compare it to The Evil Dead. The original (1981) was written and directed by Sam Raimi (A Simple Plan 1998, The Gift 2000, Drag Me to Hell 2002). He also lent a hand producing the 2013 remake so it had to be good, there would simply be no excuses for it not to be. I wasn’t terrified when I watched the original or when I watched the remake but neither failed to disappoint. Both were fun, gory and action-packed, full of great actors and creepy scenes. I loved that the remake used similar camera work as the original (like the rapid camera scenes through the woods), and stuck to a low-budget impression that offers the audience the same original scares and gore but at a slightly quicker pace. Evil Dead (2013) was a superb effort of a remake. 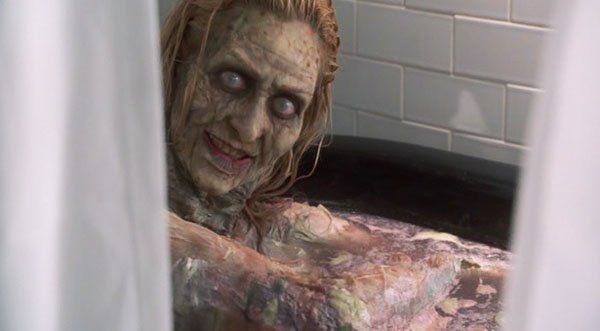 Another remake that I loved and actually saw the point of was The Shining (1997). It shocked me a few years back to find out that Stephen King hated Kubrick’s 1980 take of his terrifying novel, The Shining 1977. He felt that the screenplay steered too far from his story and that it focused on the mentality of Jack (Nicholson) rather than the hauntings of the Overlook Hotel.

So, in 1997 Kings tele-play was turned into a two-part TV mini-series, directed by Mick Garris. With the same title, the series did what it set out to do, represented his book rather than compete with Kubrick’s original movie – that for the record is right up there as one of my all-time favourite movies. I doubt anyone, even King himself, could compete against the elevator scene, decaying old woman from the bath-tub or Nicolson’s acting.

They did, however, do a good job, and I understood the logic behind the remake and it really worked. I highly recommend trying to get a copy from Amazon if you haven’t seen it already and if you were a fan of the book (regardless of whether or not you enjoyed the original). I must say though, although the story is neatly played out and Stephen Weber does a good job as Jack, for me he doesn’t touch on Nicholson’s performance which I thought was absolutely spot-on.

Another critical element for any remake is to find decent actors. If you think of The Texas Chainsaw Massacre 2003, Jessica Biel played a great lead even when compared to the beautiful Marilyn Burns. I cared about each scene and every character even though I knew what lay ahead of them. I almost felt as though I was watching an original horror movie altogether and forgot about the fact that it was a remake – and believe me, I’m a big fan of Tobe Hooper’s (Salem’s Lot 1979, Poltergeist 1982), original. 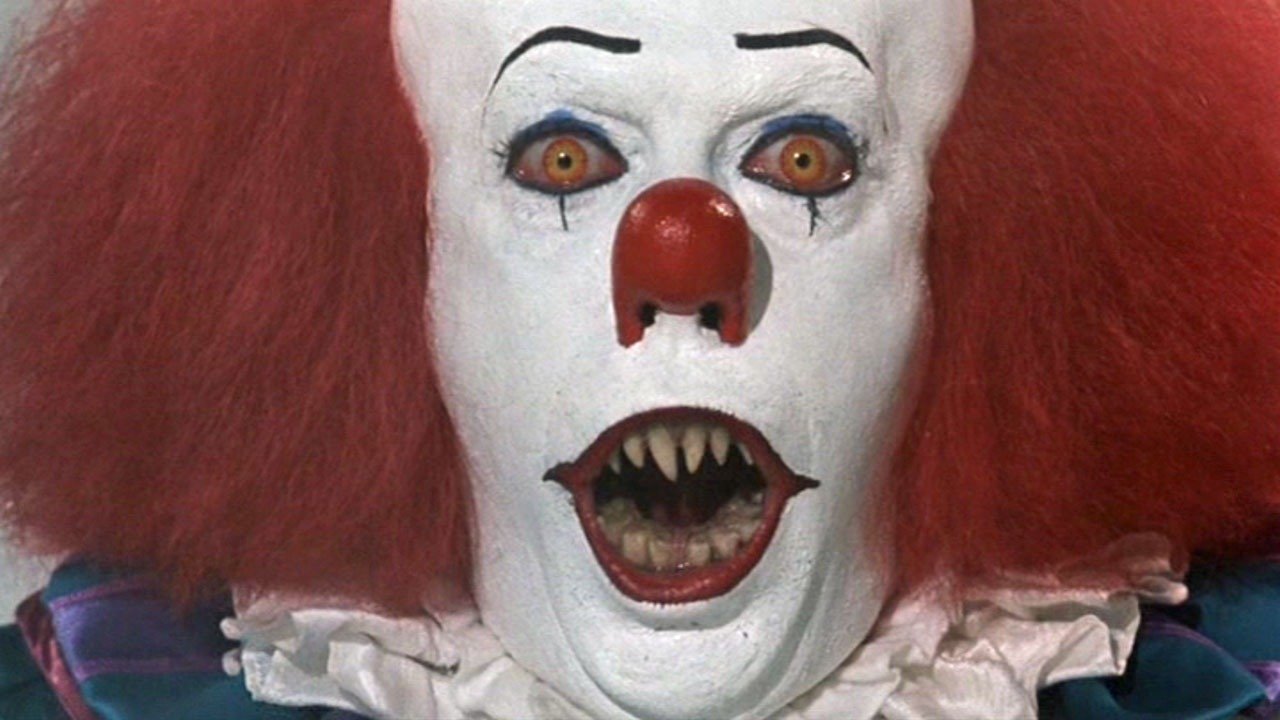 And of course, the most vital ingredient of any horror movie, particularly a remake, is the villain. If anyone is like me, if I’m not afraid of the villain, then I feel as though I might as well throw away the book or walk out of the cinema before the films even underway. I want the looks of Pennywise the Clown, the ghosts from Insidious, brains of Pinhead and the deranged mind of Jason. I want not-being-able-to-sleep-for-weeks kind of scares, scenes that return to haunt you in your nightmares or visit you in the early hours when you can hear a noise coming from downstairs. In my opinion, this is, or should be, a much harder challenge for a remake than an original movie. How can a make-up artist scare its audience when they already know the villain’s face?

This is what scared me the most when they announced that a remake of IT was in production. How the hell would any actor be able to compete against Tim Curry? Will Poulter had the near impossible role and I felt unnerved by this. I like him in We’re the Millers 2013 but following in the footsteps of one of the most iconic characters in the history of horror – I’m not so sure. That remake is now on hold since director, Cary Fukungana has walked away from filming due to a concoction of reasons mainly revolving around a budget that wouldn’t stretch to his imagination. To be honest, I can’t say that I’m disappointed.

Two remakes with high contenders on my list of poop-your-pants villains, even when compared to the original are The Hills Have Eyes 2006 and Evil Dead 2013. Think of Jane Levy who plays Mia in the remake. Anyone who didn’t freak when she was possessed (think the campaign poster) is lying! I’d go as far as to say the original hit me at about a four on the scare factor, the remake, a six purely down to the make-up. It’s creepy.

Then you have the Jackal from Thirteen Ghosts (2001), *shivers*, Sadako crawling out of the TV in The Ring (1998 and 2002) and even the ghosts from The House on Haunted Hill (1999) give the original ghouls a run for their money.

The final ingredient of a good horror remake is humour. The first film that comes to mind is Cabin in the Woods (2012). This, for me, had the perfect measurement of humour thrown into the recipe to create a solid horror movie. Another one which brilliantly combines horror with humour is Insidious (2010). You can’t deny that you smirked just a little bit at Tucker and Specs – the ghost hunters who spend their time on screen trying to outdo one another. But what about remakes? Again Evil Dead 2013 tackles humour perfectly.

But why? I think that to some degree, humour is important within the horror genre because, whilst the audience is relaxed it’s easier to surprise them with something horrific that they didn’t see coming. Although we all love tense scenes from the likes of Insidious or Sinister, they can sometimes become predictable. I love it when I’m chuckling away at something and before I know what I’m doing, I’m wanting to scream and hide my eyes. They’re the scares that stay with me and have me telling people about the movie.

So all-in-all I think that although it’s a tough job and sometimes a wasted effort, remakes can, sometimes, work. You just have to combine the right ingredients and have a crew who know what they’re doing. Let’s see a few more thumbs-up in the future of remakes – as let’s face it they’ll always continue to pop up amongst original movies because regardless of their quality, they’re a quick little earner. We can only hope directors are comfortable with the original story but not afraid to create a few unexpected surprises, will be a bit tougher in casting and spare no expense on make-up and give us more of what the horror-loving community want to see, scares. But please, for the love of God, get it right or simply don’t bother.