A Clockwork Orange has a different history when it comes to being banned in the UK. It was Stanley Kubrick himself that asked for the film to be withdrawn. It is commonly believed that it was removed due to copycat violence only, but the truth is that Kubrick’s family had received death threats. It was not allowed to be shown in the UK until Kubrick has passed away, which happened in 1999. 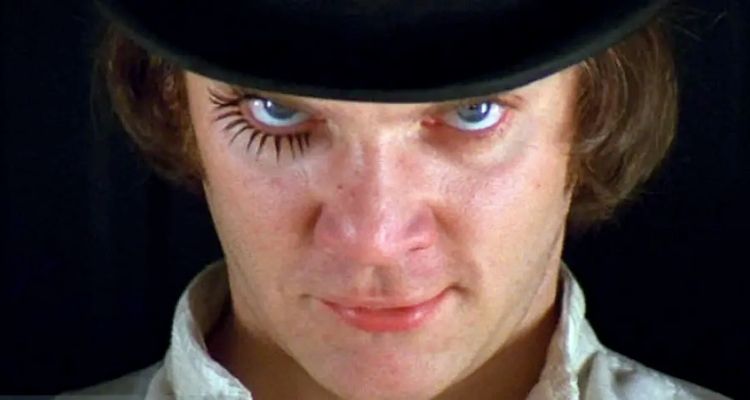 A Clockwork Orange, adapted from Anthony Bugress’s novel, was an important film, highlighting decency, free will, and emotional conditioning when treating criminals. Not that many people in the UK got a chance to understand its infamy. As mentioned, after being distributed in 1972, Kubrick took the unusual decision to take his film out of circulation in the UK, where he was living at the time.

However, it was still available in other countries. Not including smuggled in copies, the film was not re-released into cinemas until 2000. Strangely in the 1990s, there was a stage version of A Clockwork Orange: A Play with Music, with productions by the Royal Shakespeare Company and Northern Stage.

But even before the self-imposed banning, there had been some negativity around the film. Robert Ebert classed the film as an ‘ideological mess’, and Pauline Kael stated that it was ‘pornographic’. As well as critics, MPs were getting involved. Labour MP for Coventry West Maurice Edelman felt that “when Clockwork Orange is released, it will lead to a ‘Clockwork cult’ which will magnify teenage violence”. But it turned out that neither the critics, MPs or even the BBFC were responsible for the film being banned. It is easy now to speculate if A Clockwork Orange would have faced the same fate as a film like The Exorcist during the time of video nasty. 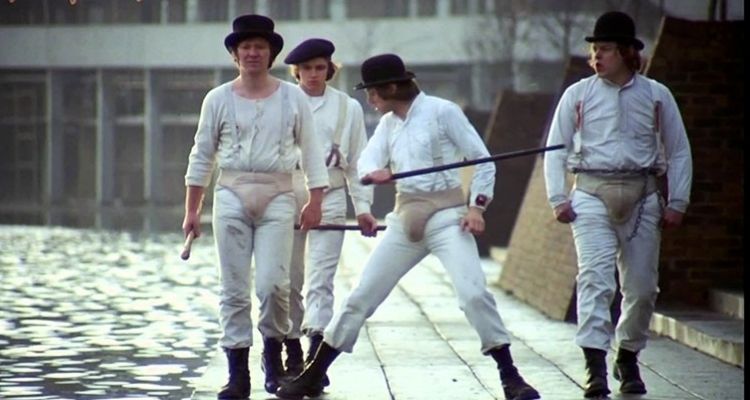 From what I have learnt while researching these articles, I suspect that it might have been, but thanks to Kubrick’s early intervention, we will never know. The film was always controversial, with its short run in the UK being plagued by protests. While the death threats caused the banning and not copycat violence, there were still many troubling crimes based on some of the more notorious and disturbing scenes. Shortly after Kubrick withdrew the film, there was a copycat assault of a 17-year old Dutch girl in Lancashire by a group of men singing ‘Singing in the Rain’, mirroring an infamous scene in the film. A 16-year-old boy was found guilty of killing an elderly homeless person; after being inspired after hearing about a similar scene, it seems like the banning was a wise choice.

All Kubrick had to do in America was cut 30 seconds to get the film changed from an X to an R rating. This was the removal of an orgy and a gang rape. If Kubrick had been residing in America when receiving the death threats, would he have been able to ban it as effectively as he had done in the UK? Who knows? Living in the UK was a battle for Kubrick. He suffered abuse from the tabloid press, and it weighed heavily on his mind and was deeply upsetting. The British media was determined to connect the intensifying violence to A Clockwork Orange.

Originally the film was given an 18 rating when released in the UK. Still, two acts of parliament, The Cinematographs Acts of 1909 and 1952, offers local councillors the authority to stop showing a film they deem provocative. They were already banning the film in some of the councils. The councillors had been spurred on by lurid stories in the tabloid about antisocial youths, so Kubrick decided to act with the outright ban. 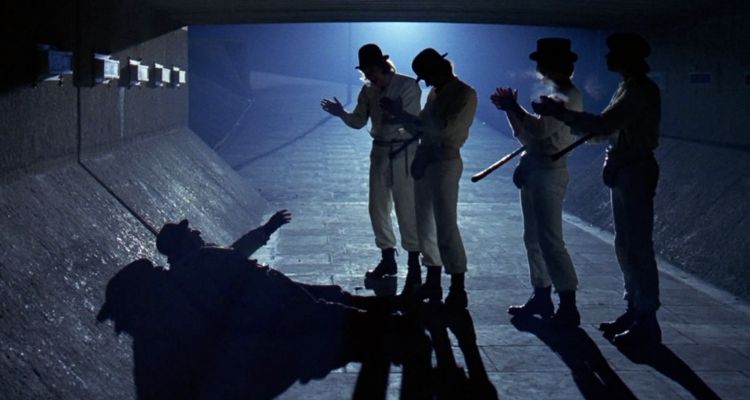 Research on The International Anthony Burgess Foundation website suggests that A Clockwork Orange had its local banning in Ashford Blackpool, Dorking, Esher, Hastings, Horley and Reigate. Leeds and Nottingham were not so easily swayed by the tabloids alone and asked the BBFC for a private screening of the film to make an intelligent decision about the film’s banning. The website also has a letter from the town mayor of Hastings, which gives an idea of the sentiment surrounding A Clockwork Orange at this time:

I am instructed to give you notice in pursuance of Condition no. 13 of the licence which you hold under the Cinematograph Acts in respect of the above-named premises that the film entitled “A Clockwork Orange” shall not be exhibited in the premises on the respective grounds that, if exhibited, it would:
(a) offend against good taste or decency;
(b) be likely to encourage or incite to crime or lead to disorder;
(c) be offensive to public feeling.

For most people, A Clockwork Orange become the scapegoat for all violence perpetrated by youths. Mike Purdy, who was a solicitor for the Met Police, states that “It got to the stage when we referred to these cases as ‘Clockwork Orange defences’ and it became almost boring as one after another tried using this excuse”. One case saw a 16-year-old attacking a younger child in the droog image of white overalls and a bowler hat. The judge called this crime a ‘horrible trend which has been inspired by this wretched film’.

In the book, The Complete Kubrick, Christiane, his widow, said, “Stanley was very insulted by the reaction and hurt”. In an interview with Michel Ciment before the film’s release, Kubrick stated that “the people who commit violent crime are not ordinary people who are transformed into vicious thugs by the wrong diet of films or TV. Rather, it is a fact that violent crime is invariably committed by people with a long record of antisocial behaviour, or by the unexpected blossoming of a psychopath who is described afterwards as having been ‘…such a nice, quiet boy.'” In the same interview, Kubrick explained that ‘immensely complicated social, economic and psychological forces are involved’, and ‘the simplistic notion that films and TV can transform an otherwise innocent and good person into a criminal has strong overtones of the Salem witch trials’. 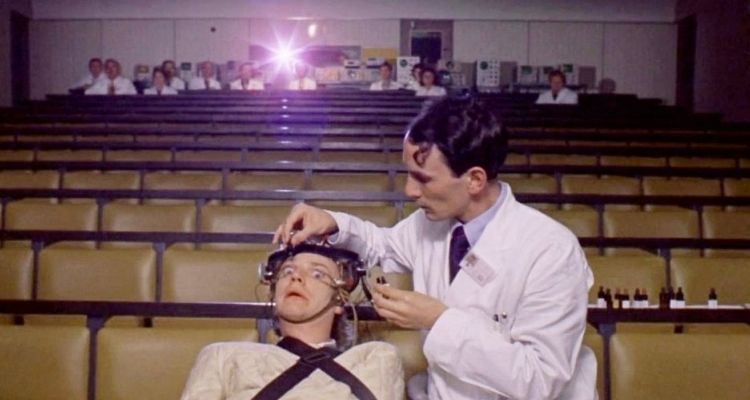 These oral arguments from Kubrick did not stop the tabloids hounding the director and would be the hysteria that would eventually lead to the ‘video nasty’ era. A Clockwork Orange gives us a platform to discuss the effect on society when it is subjected to the interpretation of graphic violence, especially on the big screen. Unfortunately, hysteria had the loudest voice, and A Clockwork Orange remained missing from the British landscape and would not be seen until 2000 with an anticipated 18 rating.

While the graphic violence may no longer be as shocking, the film’s questions are still relevant. Does the film still shows us a future, or are we now living in A Clockwork Orange world? Should the director have a moral obligation when creating entertainment? What is the difference between blind obedience to the government and an individual trained explicitly towards violence? And the most critical question, as the viewer, how much are we to blame for the immortality of our society if we are watching films that bring to light the evil side of human nature?