Banned In the UK: Island of Lost Souls

Based off H.G Wells’ 1896 novel, The Island of Dr Moreau, this film has no prestige attached to it, but it was as fantastically perverse as it could get for the time. Like the other 1932 banned film, Freaks, Erie C Kenton’s feature was a response to Universal Studio’s enormous achievement in the horror genre. 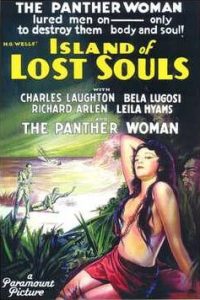 Island of Lost Souls has a mixture of scandalous and censor-baiting ideas, such as vivisection (experimental surgeries) and imperialism, which created drama and terror that had an aptitude to disturb the innocence of the audience.

Banned from 1932 to 1958, it was submitted to, and was refused, a certificate by British Board of Film Censors in 1933, 1951, and 1957 – primarily due to concerns over footage and dialogue references to vivisection.

The 1951 and 1957 refusals were also likely due to concern that distribution of the film would constitute an offence under the Cinematograph Films (Animals) Act 1937, which made it criminal to show ‘cruel infliction of pain or terror on any animal’.

Island of Lost Souls opens to the scene of the SS Covena, a freight ship sailing through the fog in South Pacific, coming upon shipwrecked Edward Parker (Richard Arlen). As he is taken aboard the Covena and meets the alcoholic captain, he learns that the cargo of the ship consists of exotic animals, destined for an unspecified island owned by the enigmatic Dr Moreau.

Upon arrival to the island, Dr Moreau welcomes Parker to stay, but he is cautioned to keep to his room and to not talk to anyone about what he sees. Ignoring these cautions, Parker finds Moreau’s “House of Pain”, in which the doctor preforms barbaric experiments to create a semblance of humanity with his beast-men.

The only female inhabitant of the island is Lota (Kathleen Burke, billed as “The Panther Woman”), who Dr Moreau encourages to procreate with Parker. Being drawn to her, Parker accepts her advances. But, in her embrace, he feels her claws in his back and realises that she is one of Dr Moreau’s inhumane creations.

Island of Lost Souls is about sexual desire and the risks that are created from this. As mentioned, Moreau takes advantage of the arrival of Parker to get him to mate with Lota to prove that his experiments are working. He is a puppet master of the relationship – orchestrating their meeting, prowling in the background, tense with anticipation as he watches their actions. Parker is disturbed by his own inhuman longing; he holds Moreau to blame for introducing this impulse into his world.

The banning of the film is attributed to the horrific scenes of vivisection and being against the natural order of things, combined with the sexual and racial themes. It was eventually shown in 1958, after the film had been subjected to several cuts. Today it is clearly apparent the film is a metaphor for colonialism with white-suited colonials struggling to power and educate the nasty inhabitants. 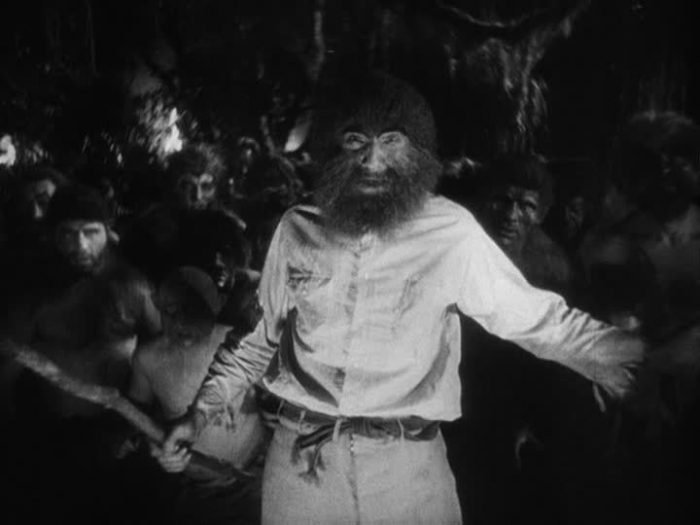 Later, when it was released on DVD/Blu-Ray, it was given a PG rating, but it did still carry the warning “contains mild violence and scary scenes”. The director of the BBFC, David Cooke, explains that their decision was “on the basis of the comparison with the Doctor Whos and the Harry Potters”, stating that “it looks quite tame in comparison”.

Perhaps part of the reason that Island of Lost Souls was especially uncomfortable for the time of its release, is that the aggression, loss of limbs, incapacity and anxiety seem to be a mirror to the Great War and Depression-era. However, It is difficult to know exactly why it was rejected in 1933, as the original BBFC records were destroyed during World War 2. 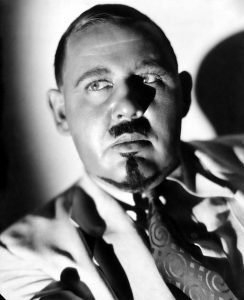 The stylistic cinematography by Karl Struss is breath-taking and Charles Laughton as Dr Moreau, who is the king of all mad scientists, plays the psychotic transference of distorted and suppressed sexual needs perfectly.  He is clearly the star of this film. Instead of playing the part with over-the-top dramatics, his depiction is more of a restrained mad scientist. The modern-day version would be Dr Heiter from the Human Centipede series of films

Today we have been given several adaptions and parodies of Island of Dr Moreau; a segment in The Simpsons: Treehouse of Horror, and even 2009’s Splice recycles the ideas. Therefore, the brutality of the premise has long lost its power to disturb audiences. While Freaks is still an uncomfortable watch, Island of Lost Souls is no longer shocking. We know what Moreau is planning.

Throughout the film, we are sparingly shown the visual effects which will together make the final beast revenge scene so powerful. The strong impact of the appearance of Moreau’s experiments must be credited to the film’s make-up artist, Wally Westmore. He created an incomprehensible range of creatures which inhabit the island, all while maintaining a stark contrast to that of the Dr’s clean, white suit. 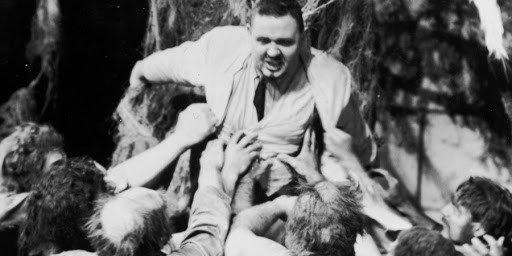 The shots of beast-men coming into the light from the darkness and obtaining their revenge on Moreau are disturbing and dreadful. You cannot help but make a link to the notorious climax of Freaks.

Many of the profound and essential ideas from the original novel may be missing from the film, but Charles Laughton’s evil Dr Moreau, and the many odd creatures that he has created on his island, will give you something to love with this film.