Sam Peckinpah’s Straw Dogs has been described as a “Cornish Western” and examines violence and toxic masculinity, taking those Wild West tropes to the West Country of England. 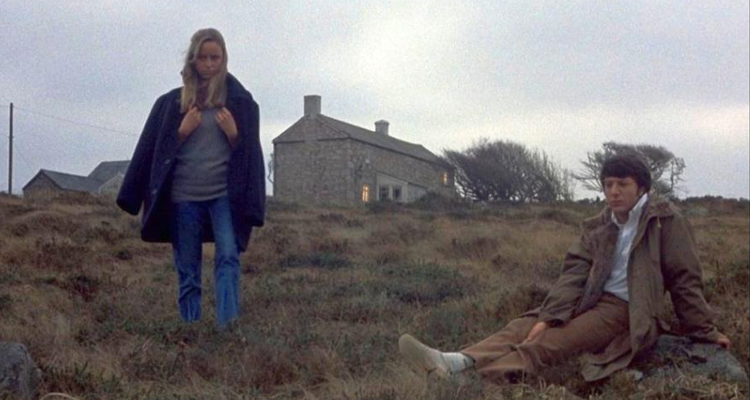 Straw Dogs follows David Sumner (Dustin Hoffman), an American mathematics professor who has moved from America with his English wife, Amy (Susan George). While David is a stranger and out of sorts, it appears to be so much worse for Amy, who is seen as the prodigal daughter, an untrustworthy combination of exotic and known. Local men, including an ex-boyfriend of Amy’s, flirtatious Charlie (Del Henney), are hired to renovate the farm that is the couple’s home. The tension between haves and angry have-nots that have been building throughout the film boil over when the men take David out for an early morning hunt.

What follows is the rape of Amy and the peaceful home becoming encircled by the hopeless locals, ultimately causing David’s transformation from mouse to a man in the Western film cliché of “The Gunfight at Ok Corral”. Dragged to the sofa by the hair by Charlie, Amy is slapped and sexually assaulted. However, it appears to become a seduction as Amy responds to her ex-lovers’ moves; her ecstatic expression, which is shot from Charlie’s point of view, is proof of a “positive” response to the experience. In a post-orgasm haze, Amy is lying on her stomach when she is then assaulted by Norman.

Straw Dogs was given an X rating with two major edits requested by then BBFC director Stephen Murphy; that the second rape is reduced and cutting Charlie’s death in a bear trap. The cuts were made and this version went to the cinema on November 3rd 1971. With the edited version and Amy’s reactions to her assailants, it made it seem like the first assault was welcomed as it was an ex, and only the second one was bad as it was a stranger. It is easy to see why this film was such a headache for the censors. 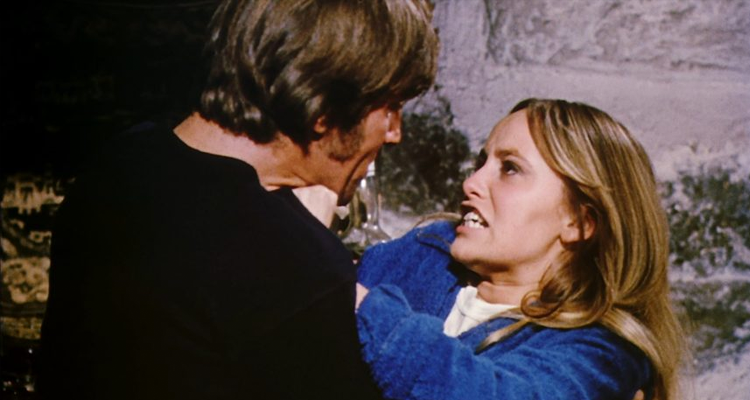 However, it was the invention of home video that caused the major issues for the film. Before legislation, Straw Dogs had been released uncut before the passing of the Video Recordings Act 1982. This act stated that all video rentals/sales in the UK must have a BBFC classification and that scenes of sexual violence that was being “positively” depicted were not allowed.

It took BBFC several years to come to its decision to ban the video release. Even the American R rated cut of the film was rejected by BBFC between 1995 and 1999. In this version, the length of the first assault had been reduced, and the second had been eradicated all together. The downside of this is it made the first rape scene seem even more erotic than it had initially been. It seemed like Amy enjoyed the experience, which is why the BBFC felt that American cut was not acceptable. Several different distribution companies tried to submit Straw Dogs., but the BBFC still wanted 200 seconds of the film cut, which included the forcible stripping of Amy and any suggestion that she was enjoying the experience.

With these cuts in place, the film could be released with an 18 certificate. However, due to the length of time BBFC took to decide, the rights had been lost by the submission company, leaving them unable to make the requested cuts to the film and BBFC was left with no choice but to reject the Straw Dogs again.

Eventually, the original uncut version was submitted, but it was not until 2002 that this was released. BBFC held off as they did not want to pass the uncut version so soon after rejecting the edited version. While it took a long time for many of the “most notorious” films (like The Exorcist, The Driller Killer, Texas Chainsaw Massacre, and A Clockwork Orange), Straw Dogs was one of the last to get an uncut release.

Dissimilar to rape-revenge films such as I Spit on Your Grave and Last House of the Left, Peckinpah’s film is dangerously close to suggesting that rape is enjoyable for the victim. The main question the censors had to answer was, is Straw Dogs titillating?

Answering the question on titillation for the BBFC was a group of psychologists working with convicted sex offenders. They concluded that the scene in question did not strengthen myths associated with the act, was not damaging, and would not cause the viewer to enact rape or violence towards women. The psychologists also felt that the first assault scene was as accurate as this problematic moment can be in the film.

The use of flashbacks to the traumatic and hurtful events reinforces the message that Amy (and proxy women) did not welcome her assault and is negatively affected by the whole experience. The psychologists also believe that the scene showed discretion and is not there for titillation. Amy deals with the experience in a “positive manner” and that the whole scene strengthens the fact that rape has severe effects on the victim. The psychologists believed that Straw Dogs would have no hurtful outcome to the viewers. The focus group judged the classification for Straw Dogs, and a majority vote was given for it to be released as an 18. 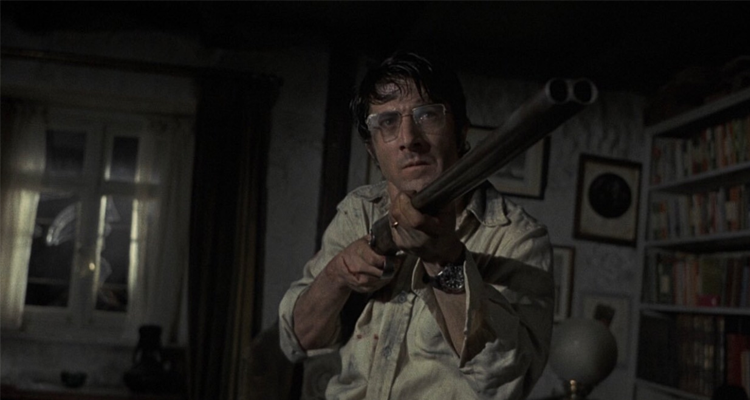 Therefore, more than 30 years after its theatrical debut, Straw Dogs was available uncut on VHS with an 18 rating, and the certification stands for the DVD and Blu-ray releases in the UK. Even now, it could be argued that the violence in Straw Dogs is explorative or venerated. The feel of the film walks the fine line between art-house and exploitation cinema, but there is no getting away from the fact that it is a sadistic film.

Even in 1971, the cinematic release was given negative reviews, and a letter of condemnation was sent to The Times, created by several prominent critics. However, as Rotten Tomatoes continues to prove, what a critic thinks and what an audience thinks are two different things, as Straw Dogs was a box-office smash.

2011 saw the remake of Straw Dogs, this time set in America. The double assault is still in the film,  but Amy’s response to it is portrayed more straight forward and more time is spent giving us a back story between Amy and Charlie, which was not explored in the first film. The remake quickly received an 18 with a warning for “strong bloody violence and sexual violence”.

The remake is available to rent on various platforms.