The Last House on the Left had been banned for 30 years and would not be released uncut until 2008. The film was originally released in 1972 by Wes Craven, who has always courted controversy. Craven’s eccentric and risky debut was several years before his titan hits, 1984’s A Nightmare on Elm Street and 1996’s Scream, films that changed the horror landscape forever, especially when it comes to slasher films. 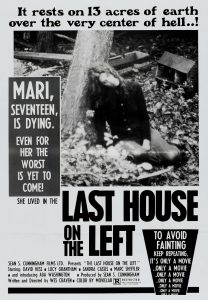 The Last House on the Left is inspired by Ingmar Bergman’s 1960 film, Virgin Spring. The plot revolves around two naïve teenage girls who are snatched, tortured, assaulted and slain by a band of psychopaths led by Krug on the way home from a rock concert. Unfortunately for Krug and his friends, they end up at the lovely home of the parents of one of the girls, and karma takes its exact bloody revenge.

When it was first handed to the BBFC, Stephen Murphy said, “We have to reject the picture. Maybe we are wrong. But if we are to go into this area of sexual violence, it will have to be for a film in which we detect greater merit than this”. The Board’s guidelines were ‘a sensible and accurate reflection of public concern especially where violence and sexual violence are concerned, and we endorse them’. Craven made the recommended cuts, and is quoted in an interview as saying, “Our first cut of the film ran 90 minutes and was out in the theatres for about two weeks. Sean Cunningham and I became convinced that it was simply too much, that we’d both be sent to Devil’s Island if we didn’t make some cuts”.

The Greater London Council (GLC) often times went against the BFFC recommendations, thus allowing films to be shown in London. For example, the BBFC rejected The Texas Chainsaw Massacre, but it had been given an X rating by the GLC. On this occasion, the GLC agreed with BBFC, refusing a license for The Last House on the Left to even be shown in London. 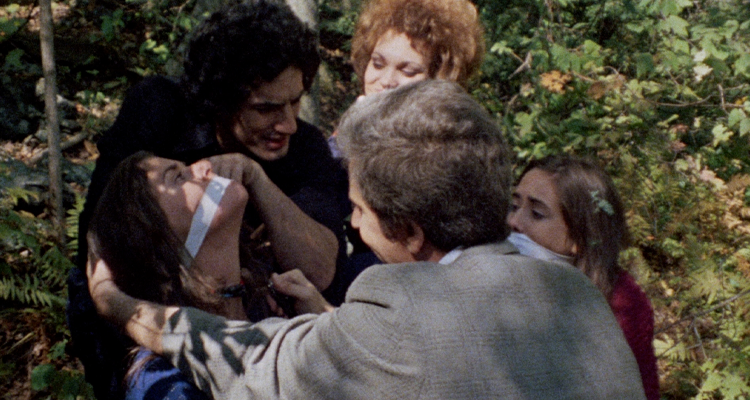 I will keep a distinction between the cut and uncut version of the film clear, but The Last House on the Left has a confusing release history. The films themselves had releases under different titles in America ( Sex Crimes of the Century and Krug and Company) before it got the official title of The Last House on the Left. American projectionists did not like showing this repulsive film and made their own cuts, and seven whole minutes were removed to get an R-rating.

Changes first started for banned films in the UK after the retirement of James Ferman as the director of BBFC in 1999, whose strict stance fuelled the banning of many of the ‘video nasties’ and the invocation of the Obscene Publications Act. Films like The Exorcist and The Texas Chainsaw Massacre had now been released uncut, so distributors felt that time was right for the uncut release of The Last House on the Left.

Craven was a well-respected director and not just a grubby man who had made a ‘video nasty’, which could help the film’s cause. The difference for the BBFC between a film like The Texas Chainsaw Massacre and The Last House on the Left was the sexual aspect of the violence on the screen. And unlike The Texas Chainsaw Massacre and The Exorcist, The Last House on the Left has been convicted under the Obscene Publications Act, making it harder to be released uncut even though, by this point, nearly 30 years had passed.

To be released, cuts were to be made to three scenes, losing about a minute and half of the film. The opposite was happening in America for the 30th anniversary of the film’s release. Several of the previous uncut scenes returned, including the following: 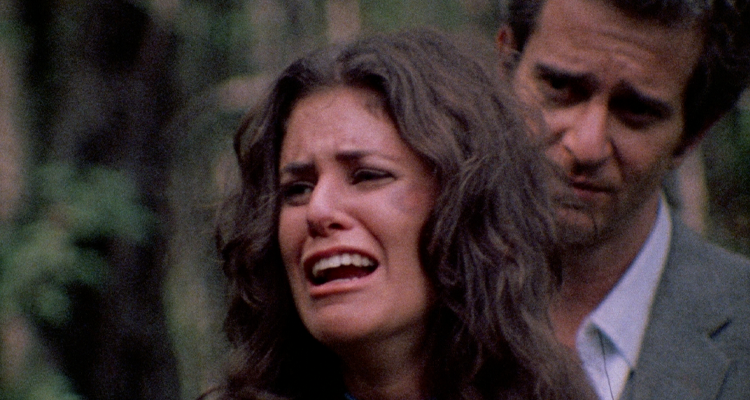 There is also a secret password to a website that allows the viewer to see all the removed footage. This was achievable as websites were not under BBFC’s authority. In 2008, the film was released uncut 36 years after the film was initially released in a three-disc box collection. Both BBFC and VAC decided to put aside The Last House on the Left‘s troubled past and looked at it in a modern context. There is no doubt that the film is still troubling, but it seems tame compared to ‘torture pornt films like Saw, Hostel, Wolf Creek and The Devil’s Rejects.

These films made a case for the uncut release of The Last House on the Left easier on the BBFC’s conscious. BBFC always had problems with the film’s ‘overall tone’, and after seeing how much BBFC struggled with Straw Dogs, it makes sense why it took so long to allow it to be released uncut. Their stance on the decision of this release stated that “The uncut version was submitted by a new distributor and in 2008 the Board reviewed the work [and] considered that the dated nature of the work had reduced much of the impact of the sexual violence previously cut. The Board’s sexual violence policy tests had been applied afresh since the previous submission, and the Board did not now believe that the work posed a realistic possibility of harm, so it was classified ’18’ uncut”. This rating applied to both cinema and DVD. 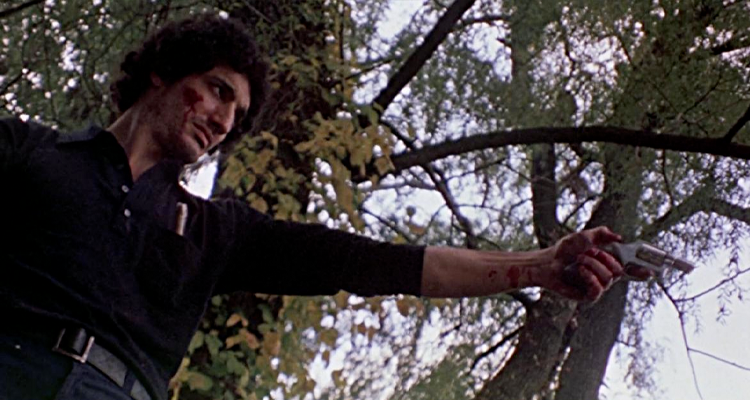 It is not to say that The Last House on the Left is not without its moments of silliness. The sheriff and deputy are comic relief, and the sprightly folk soundtracks by David Hess are amusingly happily sweet to give the film strange tasteless anxiety. But Craven is a clever man and nothing is put on screen by accident, including the point being made about the so-called wholesomeness after the survival of World War 2 now being destroyed by The Vietnam War and the rising crime rate.