Banned in the UK: The Mask of Satan

Based on a short story by Nikolai Gogol, Mario Bava’s 1960 film, The Mask of Satan, was banned for almost a decade due to its violent content.

After being banned in the UK, it was edited before being released in America in 1968 as Black Sunday and it was then released through Europe as La Maschera del Demonio (Mask of the Demon). To fool the British Censors, a heavily edited version called Revenge of the Vampire, was released eight years after the original, and the uncut version wasn’t available in the UK until 1992.

The Mask of Satan is a rebellious piece of 60s Italian horror best described as stylised, vivid, brutal and extraordinary. 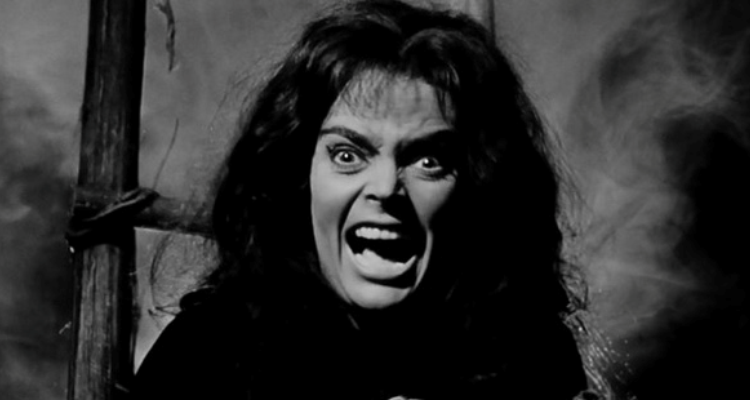 The Mask of Satan is one of those essential horror films. Not only was it Mario Bava’s first credited feature but it was a springboard for Barbara Steele’s career as a lady of horror.

The film’s opening scene, set in the 17th Century, is at an ongoing witch trial. Princess Asa, played by Barbara Steele, has been accused by her brother of consorting with the devil, in the form of Javuto (Arturo Dominicu). As punishment, they are both to be put to death and their bodies are to be burned in a cleansing fire.

A local tradition dictates them to be branded with the mark of Satan on their backs and have spiked masks nailed to their faces. Before death takes her, Asa spits out a nasty curse to her enemies.

A freak storm has doused the flames that were meant to cleanse their evil, so she is simply placed in the tomb of her ancestors, while Javuto is buried amongst murderers in unconsecrated ground. 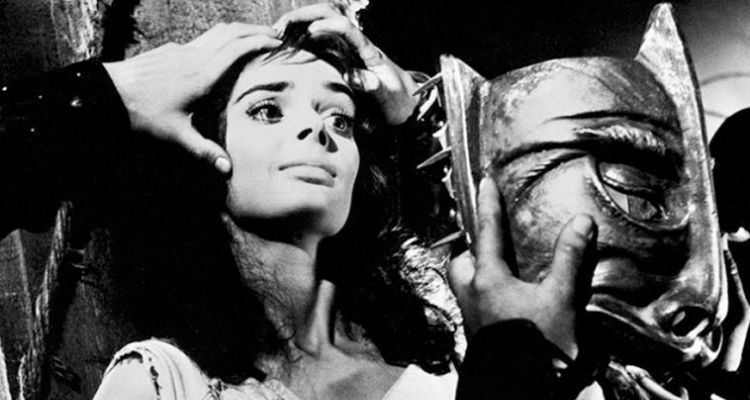 Two hundred years have passed, and we are introduced to Dr Andre Gorobec, played by John Richardson and Dr Thomas Kruvajan, played by Andrea Checchi, who have accidentally brought Asa back to life after fumbling around the ancient tomb.

Upon exiting the tomb, they are met by Katia, a descendant of Asa’s brother, and Dr. Gorobec is immediately smitten. Unfortunately, Asa plans to take over Katia, as she fulfils the promise of her curse by stealing energy from the living.

As Asa’s power becomes more robust, Katia’s behaviour begins to change. Barbara Steele is remarkable in this role and her voice invokes a balance of devilish passion and melodic innocence. She can sell her performance solely with a slight smile or a raised eyebrow, and you understand the depth of her emotions. As Katia, she does not have the nuance to play such a weak character.

The interactions between Katia and Gorobec are so saccharine that it leaves a nasty taste in your mouth. However, despite the unnecessary romance of the piece, I was in wonder when I watched The Mask of Satan.

Interestingly, original release date for the film meant that it should have came out the same year as Alfred Hitchcock’s Psycho, which was seen as controversial. This was not only because of the murder in the shower, but by showing a woman in her undergarment after sharing a bed with a man that she was not married to. 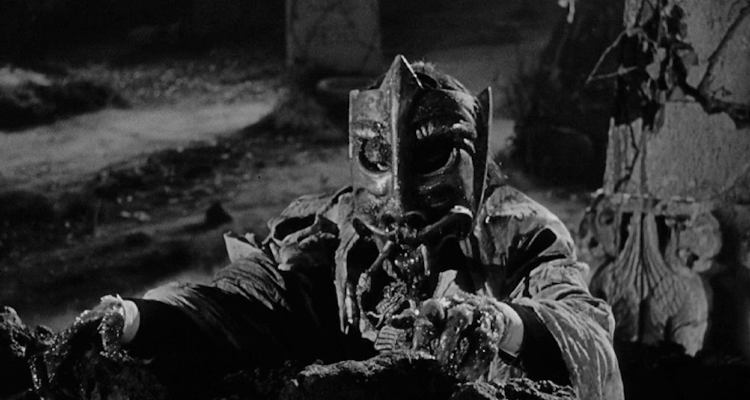 In Europe, films like Eyes Without a Face were pushing the envelope of what was considered horror. Censors were still dealing with the aftermath of these films when Mario Bava’s The Mask of Satan was completed. The opening scene of the unedited version is still hard to swallow when watched now. Ironically, these images have left their mark in films like Francis Ford Coppola’s Bram Stoker’s Dracula and Tim Burton’s Sleepy Hollow.

What sets this film apart from others like Psycho are the visuals – a style that Mario Bava would embrace throughout his career. The Mask of Satan is made even more potent by the fact that it is shot in black and white, especially when you consider his more baroque use of colours in films such as Blood and Black Lace. The powerful imagery of the cemetery, the decaying castle and the crypt, all designed by Giorgio Giovanni matched with the ethereal lighting and enhancement of gloom, makes it feel like a real place and not a film set.

Along with the Hammer films of the 50s and 60s, it is an excellent part of the sub-genre of gothic horror. Mario Bava uses light and dark to create atmosphere throughout the film. But, the stand-out image is Asa’s corpse after the removal of the mask, with the pattern of deep holes left by the nails, while the rest of her skin is perfect. It is such raw imagery that you can not imagine any censors being comfortable with that scene in the 1960s. The blood dripping from the mask is something that is edited out of many copies of the film. 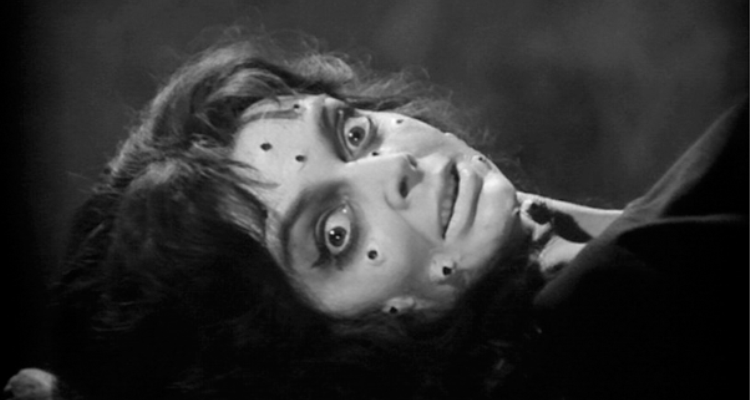 Intense gore is an expectation when it comes to Italian horror, but even with that in mind, I still believe that The Mask of Satan has disturbing moments. Mario Bava’s style, atmosphere and extreme violence are at their most palatable and most stunning in this film.

Its influence can been seen not only in many of the Italian horror films that followed, but in films from across the globe.