The Texas Chainsaw Massacre managed a year of cinematic screenings in London before the BBFC decided to ban the film. Despite it still being banned, Camden London Borough Council allowed the film to be shown in 1998, and this prompted the BBFC to release the film uncut with an 18 certificate. Tobe Hooper’s influential horror film was first seen by BBFC’s Stephen Murphy on the 27th of February 1975. Murphy was uncomfortable about the threats towards the film’s climax and explicit use of ‘abnormal psychology’ and refused even an X rating. 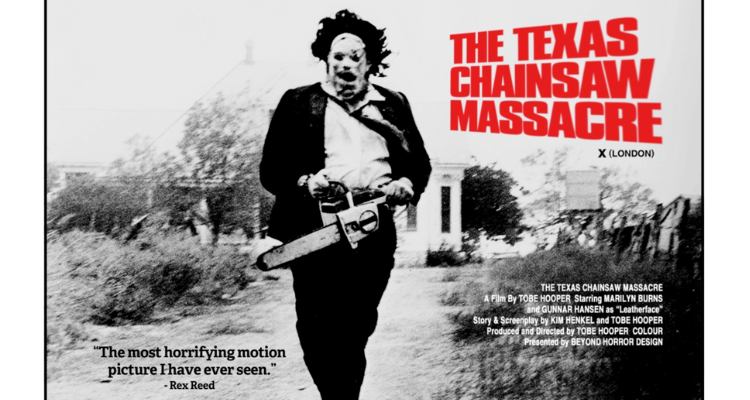 Cuts were made to the ‘family dinner’ scene and were resubmitted for classification on the 12th of March 1975. However, BBFC felt that these edits did nothing to change the film’s tone and banned it two days later. The refusal was in part a belief that most council would not show the film anyway. But, as mentioned in other articles in this series, local councils used their own discretion when deciding to show films, and they did so with The Texas Chainsaw Massacre. A version of the film had been submitted to the Greater London Council, which inadvertently had 28 seconds missing. So they decided that the film could be shown in London with an X rating.

The main issue for the BBFC was there is actually not a lot of graphic violence that could be deleted. This had been a conscious decision by Hooper, who believed that by minimising the graphic gore, he could get a PG rating in America. Not as obsessive as the BBFC, in the US the film was first given an X and then an R for a trimmed-down version. The film’s brutal treatment by the British censors mirrored the rough shoots to get the film made. 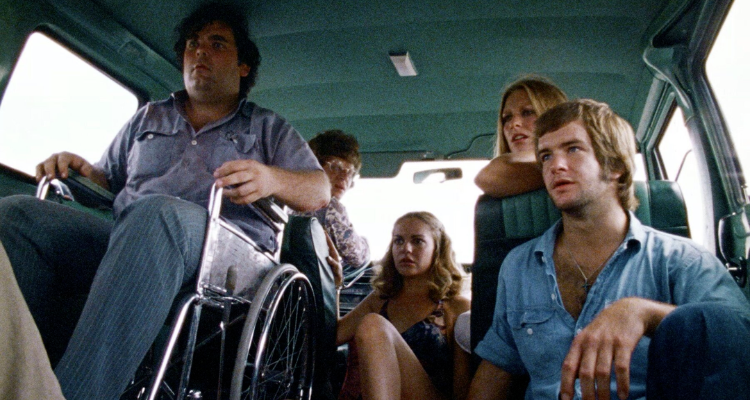 Hooper’s cannibalistic family was inspired by the news coverage of Ed Gein, who was also the blueprint for Psycho and The Silence of The Lambs. However, at the time, Hooper was a director with little money to back up his project, with the film’s budget around what today would be £649,000, taking inflation into consideration. In addition, the shooting schedule on The Texas Chainsaw Massacre was gruelling and not helped by the Texan weather. On average, the temperatures sat at 38C with a high of 43C. Anyway, back to the censorship battle…

When Murphy retired in 1975, he was replaced by James Ferman. Ferman’s view on the film was no different to Murphy’s, describing it as ‘the pornography of terror’. Additionally, Ferman believed that the film allowed the audience to rejoice in the suffering of the women. Therefore Ferman kept the ban in place. Despite the film’s interpretation of violence, it briefly managed a video release before getting caught up in the ‘video nasty’ scandal. Since the BBFC did not have to classify videos until a change in the law in 1985 when the Video Recording Act (VRA) was introduced, the distributors hoped that making the necessary cuts would stop the video release from being banned. Unfortunately, this was not allowed, and the previously released videos were removed from the shelves. In the 1990s, the BBFC said this of the film:

“The film was refused certification because of the perceived degree of terrorisation of women and threat to defenceless women. The Board has for many years operated a very strict policy with regard to sexual violence, based on the incidence of this sort of behaviour in real life and the fact that a great deal of research does indicate that this is the one area where media representations do seem to have quite direct effects on attitudes and behaviour. As a result, the film was rejected by the Board on film and is most unlikely to be classified on video.” 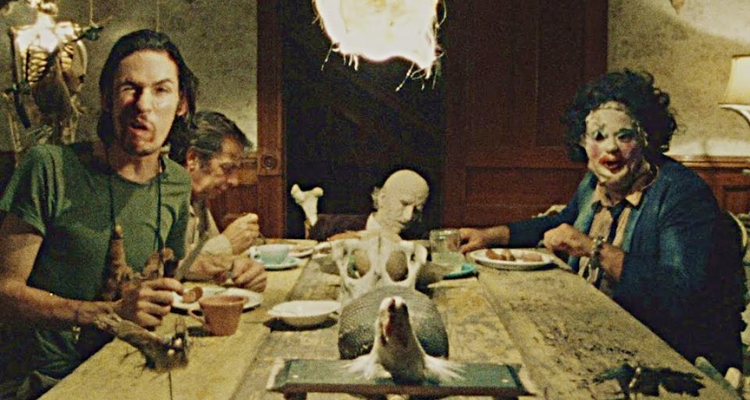 It was not until 1999 that the film was once again submitted to the BBFC for a rating. It was now felt that it would appear to be old-fashioned and ineffectual compared to modern horror such the Saw and Hostel franchises. But, the BBFC was still astounded and alarmed by the atmosphere of the piece. Despite the lack of graphic gore, it still had the desired effect to shock the audience and they subsequently gave the film an 18 rating. When it was showing in the UK, it was part of FilmFear as the ban had been revoked as part of the films 25th anniversary.

Just four years later on Halloween in 2003, the remake by Marcus Nispel was released and BBFC had no qualms about rating the film as 18 without amends. Interestingly, the Motion Picture Association of America (MPAA) were more strict about it this time and asked for cuts to be made for it not to receive an NC-17 rating.

The Texas Chainsaw Massacre is streaming now on Prime