We are delighted to announce that the Black Sunday Film Festival has announced its crowning opening night film on Friday 25th October, and it’s an absolute banger… 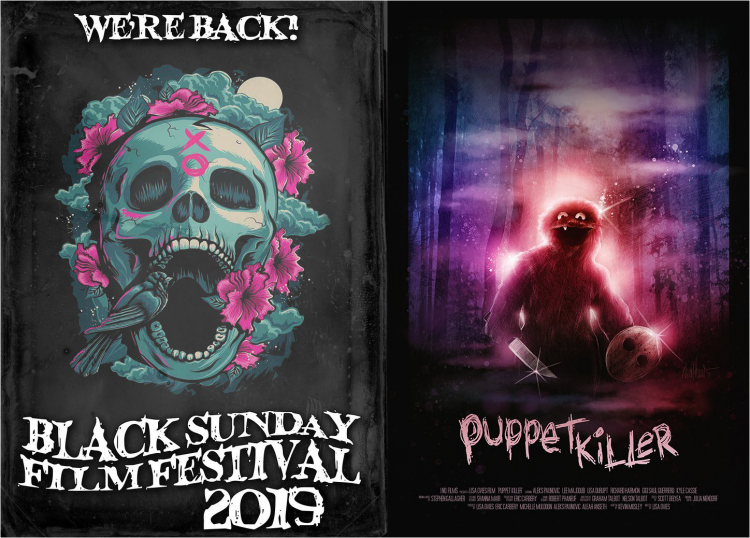 Sponsored by the iconic Starburst Magazine, horror legends Arrow Video, and your very own London Horror Society, The Black Sunday Film Festival promises to be the perfect weekend to indulge in some truly awesome genre cinema, with the most diehard genre community in the world.

The 2019 festival opens with the UK Premiere of Lisa Ovies’ brilliant 80s inspired horror-comedy Puppet Killer, which features a veritable ‘who’s who’ of international indie horror talent. This will be followed by the Black Sunday Film Festival Opening Night Party, rocking the Whirled Cinema in Brixton till 2.00am.

“We’re absolutely delighted to be hosting the UK premiere of Puppet Killer — a film that we know so many indie horror fans have been waiting so long to see!  For me, this just puts the cherry on top of what is going to be an incredible weekend of true genre gloriousness.”

In addition to the Friday night programme, there will then be more shorts, features and parties spread out throughout the Saturday (26th) and Sunday (27th) too. The full line up of which, including showtimes, will be announced early next week.

Tickets for the opening night films and party are just £12.50*, or you can pick up a weekend pass that covers you for EVERYTHING the festival has to offer across the Friday, Saturday and Sunday for just £25*

Click here to grab your tickets now, before they all sell out!

*  Tickets subject to a small booking fee on top of the list price.