Book of Monsters on Blu-ray 30 November

Available for the first time on disk in the UK, Book of Monsters is a dark horror comedy in the vein of The Evil Dead II and Shaun of the Dead, filled with practical effects driven monsters and intense, gory action. 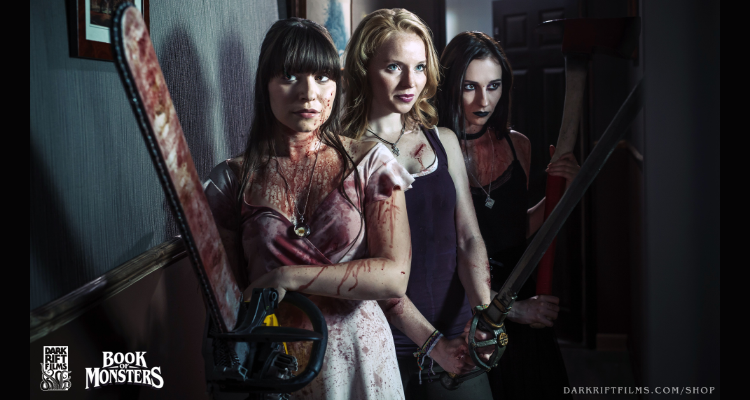 Sophie’s 18th birthday party becomes a bloodbath when six terrifying monsters descend upon her house, intent on devouring the party guests and killing anyone who tries to leave. As her school friends are torn apart and consumed, Sophie must rally a band of misfits and take up arms to send their party crashers back to hell. To survive the night, Sophie must face her destiny; monsters are real – and she’s the only one who can stop them.

Both versions are exclusive to UK customers and feature a Blu-ray disk packed with over an hour of bonus features including a feature length documentary, deleted scenes, alternate ending, gag reel and more.

The film received critical acclaim upon its world premiere at Frightfest London in 2018 and has since won multiple awards at international film festivals including Best Film at the New York City Horror Film Festival.

Head over to www.darkriftfilms.com/shop to pre-order now and make sure you get your copy before the monsters get you!