I have a confession to make. I have never read a so called ‘Young Adult’ (YA) book. But, a few weeks ago I was asked to interview a new author about her debut YA novel, with a strong horror influence. The request came from friend of mine who runs an indie children’s book shop (thank you Natasha from Chicken & Frog!). I was flattered to be asked and so I said yes. But, of course I had my reservations – I didn’t know what to expect. I wasn’t even sure if I would like the genre.

In my head I had always believed YA wasn’t for me, so I had never taken the plunge. I was actually quite nervous about whether I would like it or not. The author is Amy McCaw and her debut is Mina and The Undead. I’m pleased to report, I was absolutely blown away, and if this is YA, then sign me up for more! 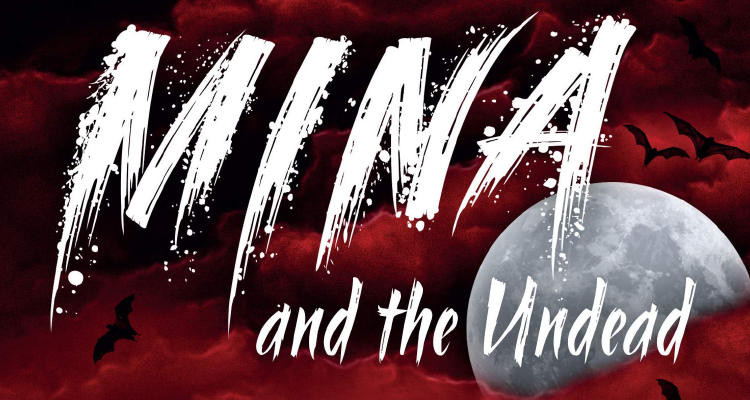 Mina and The Undead, is set during the hot summer of 1995 in New Orleans. Mina is a young girl from Whitby, England who is visiting her sister who moved to New Orleans for college. Their relationship is a strained one, and Mina’s visit is as much about trying to repair that relationship as it is visiting the City of Vampires that has fascinated her for so long.

Mina gets a job at the local ‘Horror Mansion’ attraction along with Libby and her charming flat mate, Jared. Mina’s happy summer doesn’t last long, as the discovery of a body with puncture wounds in the neck throws her into a world of folklore, horror, and superstition as even more bodies are found.

I really loved reading Mina and The Undead and I was hooked from very early on. I was surprised at how graphic the scenes of horror were and also how steamy it was – I certainly wasn’t expecting that! Amy McCaw has created a world that is so easy to visualise in the mind. I have never been to New Orleans, but McCaw took me there within the pages of Mina. The sights and sounds and tastes are meticulously brought to life, and I absolutely willingly went on a journey with a very skilled writer.

The story of Mina and The Undead is very slowly released to the reader, and I found that every time I thought I had things figured out, I was incredibly wrong – and I loved that. I was kept guessing at every turn. For long periods of time I forgot that I was reading a horror mystery, as I was just enjoying Mina’s summer. That’s not normally my bag, but McCaw kept me hooked.

One of my favourite parts about Mina and The Undead, is that McCaw has absolutely stuffed it full of 80s and 90s pop culture and horror. I had a real blast every time I recognised a reference from Buffy The Vampire Salyer or Dracula or (to my delight) The Lost Boys. I wish I were brave enough to sport the David blonde mullet. I am sure that on a second reading I would see even more nods and references.

There is also a huge focus on the folklore of New Orleans, in terms of murders, disappearances and vampires. I don’t know if these are genuine New Orleans legends or whether McCaw has invented them, but they have been written and referenced with such flair that, whether real or not, they are certainly a real part of the world McCaw has conjured. That is what makes this book so engaging. Everything is written so well that I believed these are real people having real experiences, and that is the mark of a great writer. 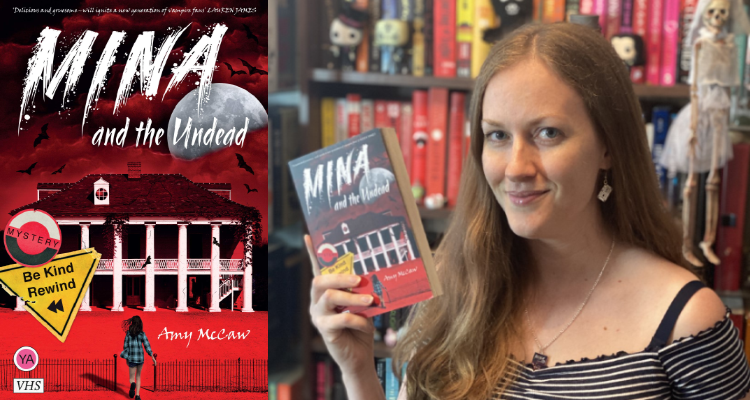 Amy McCaw has done a ‘fangtastic’ job here (I’m so sorry) with her debut novel, and I can’t wait to see what she produces next. If you like 90s pop culture, vampires, horror, and a murder mystery, then you will love Mina and The Undead. Definitely go check it out.

For more info about Mina and the Undead and the author, visit Amy McCaw’s site.