A collection of short stories and dark poetry which draws inspiration from Lovecraft and Poe, you say? Sounds like a strange fiction piece of me. Maybe it’s the horror equivalent of saying, “My hot take is that Citizen Kane is a good film”, but: Lovecraft and Poe are good writers—and there’s the enjoyable bonus that because this isn’t a collection of Lovecraft’s short stories, I might not encounter some of his jarring and abhorrent opinions on race. Win-win. 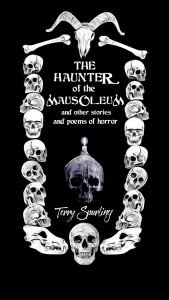 The Haunter of the Mausoleum and Other Stories and Poems of Horror is a self-published collection from writer Terry Spurling which covers everything from serial killers to COVID-19. A broad range of concepts—broad and ambitious.

Infection is a theme which rears its topical head in poems such as “Draugr” and “Lamia”, but it reaches its zenith in the short story “Twenty-One”—speculative fiction about COVID-19. I enjoyed the concept of corvids being immune and I would have liked to see Spurling mine this further—something that came up a lot; ambitious concepts that fall short in the execution.

“Twenty-One” also highlights something I would have loved to see more of in The Haunter of the Mausoleum, the artwork. The illustrations are great—black and white with a graphic novel feel—and I wonder if the collection would have benefited from being presented as a graphic novel rather than in prose that suffers with punctuation issues. 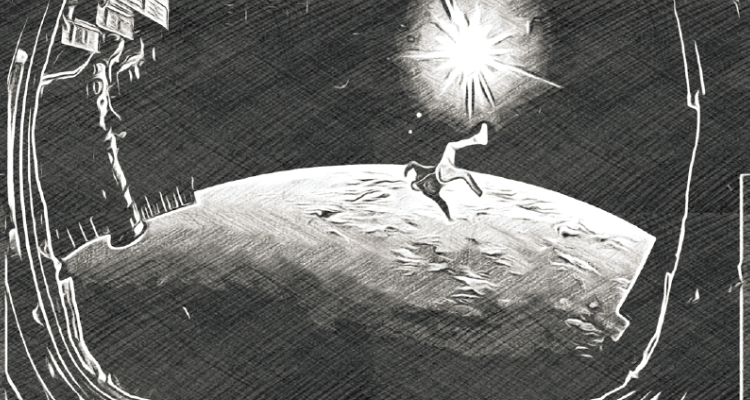 There is a clear understanding of and a deep love for horror and science fiction throughout this collection—the Lovecraft and Poe references, the little nods to Isaac Asimov and Arthur C Clarke in the short story “Airlock”—and many of the ideas behind the stories and poems are interesting. My pick of the stories would be “The Glade” which has a great concept behind it; a predatory moss. “The Glade”, perhaps, sums up my overall response to The Haunter of the Mausoleum; a concept of great potential, but ultimately lacking in execution—and again the artwork is brilliant (I would love to read a graphic novel in this style (maybe a graphic novel going further into the world of “The Glade”)).

What I found interesting and engaging in “The Glade” is sorely absent in “Meet is Murder”, a more schlocky entry that put me in mind of Hostel and The Human Centipede. ‘Shock gore and horror’ in the words of Spurling, but to me it lacked the all-out bite that you find in the work of Jack Ketchum and Poppy Z. Brite—or from the master of eloquent gore, Clive Barker. Extreme horror is a difficult thing to get right because readers have already been shocked—the heyday of splatterpunk was in the 80s, so if you want to really get under the skin of your readers then you’ve got to offer more.

My other issue with “Meet is Murder” is that there was a touch of the 70s horror descriptions that Grady Hendrix writes about in Paperbacks from Hell. The breasts in “Meet is Murder” are pert, the bosoms are ample and when this is combined with a taste comparison of labia to lamb, it lost me.

I was lost further when it came to the short story “Ara” and encountered phrases like ‘insatiable female’—like Martin Goodman from Friday Night Dinner taking to horror writing. The women in this collection need more depth, they need to feel real (whether real people or real monsters). 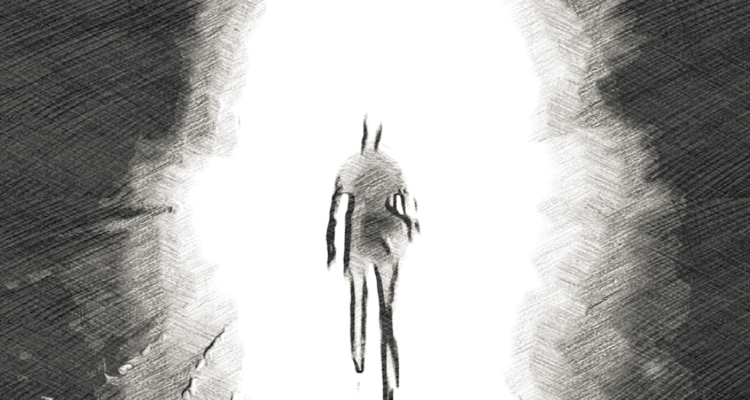 Interwoven between the short stories are Spurling’s poems of horror. Horror poetry, like extreme horror, is difficult. It often leads writers to walk a very fine line between Poe and parody and there are moments when the poems featured in this collection fall on the wrong side of this line—when rape is rhymed with grape for instance.

Again there are concepts behind these poems which I found intriguing, but the execution of them missed the mark, for me.

I think that’s the key point. At the start of this I said that it sounded like a piece of me. It’s not, but I think there will be people who find The Haunter of the Mausoleum is a piece of them in the way that there are people who love Eli Roth films—films which I often find myself liking the concept of (Knock Knock) but ultimately not enjoying the execution.

The Haunter of the Mausoleum is available now on Amazon. Also check out Terry’s YouTube channel for his narrated tales.