Monsters, the dark and beating heart of horror. 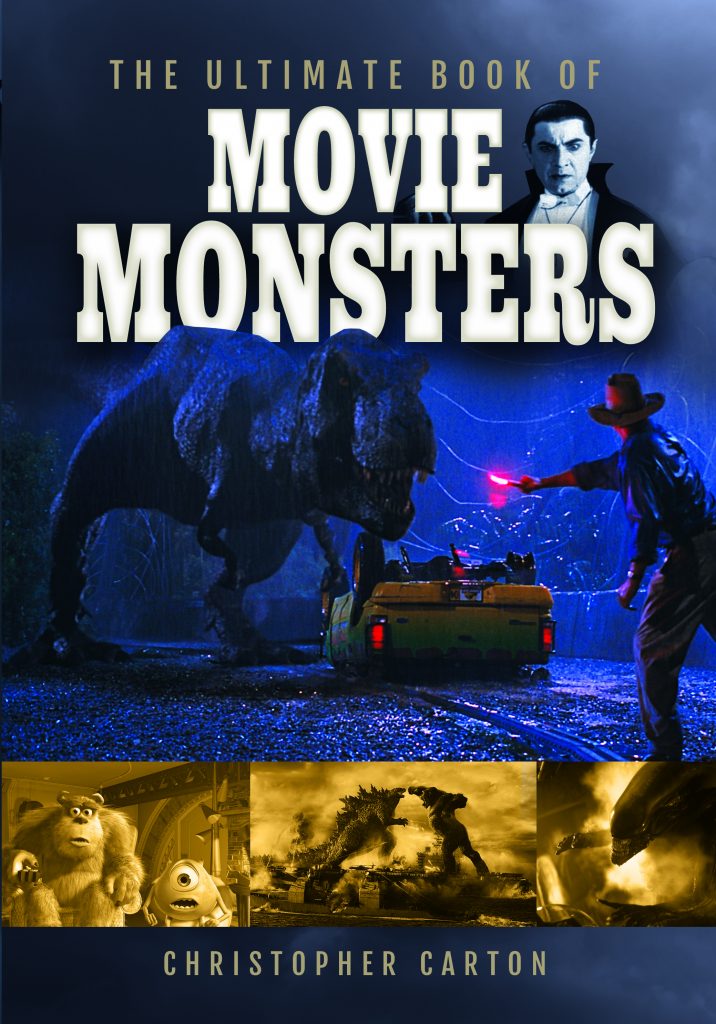 Chances are, if you love horror then you love monsters, you probably have your cherished favourites; the ones that haunted your childhood—the ones that still linger long into adulthood.

Reading Christopher Carton’s The Ultimate Book of Movie Monsters is like an all you can eat buffet that’s gathered together a smorgasbord of your favourite monsters…this is where the metaphor falls apart—who would want to load their plate up with Skesis drumstick?

Carton doesn’t go into much depth for any of the monsters, rather he provides a potted history of movie monsters in general from out-and-out horror classics to horror-inflected films and even the greatest worst film of all time (Troll 2).

Personally I would have liked a little more detail about some of the monsters, their roots and the films they spring from, but as an overview The Ultimate Book of Movie Monsters is a really enjoyable read.

The introductions to each chapter are wonderfully written and draw you in with descriptive passages that feel almost like set ups by a D&D Dungeon Master.

A slight sour note, for me, comes with the inclusion of the Creeper from Jeepers Creepers. The Ultimate Book of Movie Monsters doesn’t concern itself too much with the filmmakers behind the monsters, but any mention of Jeepers Creepers feels like it should come with a caveat due to the nature of the filmmaker’s convictions (long before the horror franchise was made).

This aside, The Ultimate Book of Movie Monsters is a beautiful, coffee table book for people who like their coffee table books full of Xenomorphs, werewolves and Pennywise the Dancing Clown. It’s the sort of book which I could—and will—happily flick through for the pictures alone, but Carton writes with a light touch that entertains and demonstrates a love for monsters at large.

If you’re looking for in depth film analysis, this isn’t the book for you, but if you’re looking for a beautiful horror coffee table book that will almost definitely include tidbits about your favourite movie monsters, then you need this sat next to your cup of coffee.

The Ultimate Book of Movie Monsters is available to purchase now from Pen and Sword Books.