“We forget out pleasures and we remember our sufferings”, or so the Roman stateman Cicero once remarked; and in Clive Barker’s The Hellbound Heart the sweet, sweet suffering is all that is left to experience. 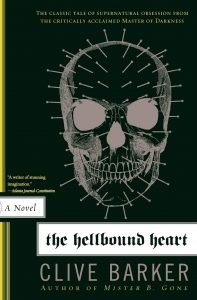 Published in November 1986, Barker’s The Hellbound Heart gripped readers with its visceral imagery and transgressive themes. The novella’s success not only laid the foundation for 1987’s Hellraiser, a touchstone of the 1980s slasher subgenre and banner film for British horror, but helped cement Barker’s status as the undisputed “Master of the Macabre”.

When comparing the novella and the film, both of which feature Barker at the creative helm, it is paramount to understand the obstacles in successfully adapting a book into film.

Numerous factors—from budget limitations to conflicts over creative control—could potentially derail any proper film adaptation. Fortunately, this isn’t the case. But in order to truly compare the two artistic mediums, a brief examination of the basic story is much needed.

When Frank Cotton—a sexual deviant and criminal—unlocks the frightening contents of Lemarchand’s Configuration in the hopes of attaining pleasure, he is instead presented with the Cenobites. A quintet of inter-dimensional sadomasochists intent on “exploring the further regions of experience”, the Cenobites, led by an unworldly being simply known as “The Engineer”, instead subject Frank to an eternity of suffering.

Meanwhile, Rory Cotton and his wife Julia move into a deceased relative’s English estate in the hopes of salvaging their troubled relationship. Having had an affair with Rory’s brother Frank one week before her wedding, Julia’s affections for Frank have only grown since.

Her wish to reunite with Frank is granted as Rory’s blood drips onto the floorboards of the damp room, bringing a skeletal Frank back to life. Having escaped from the schism where the Cenobites are holding him, Frank tasks Julia with bringing him blood in order to restore his previous form.
Suspecting Julia is committing infidelity, Kirsty, Rory’s close friend and admirer, follows Julia and her purported lover into the house on Lodovico Street. After hearing the screams of Julia’s male companion, Kirsty flees, but not before acquiring and unlocking Lemarchand’s Configuration.

Before the Cenobites can imprison her, Kirsty strikes a deal promising to bring them Frank if she can walk freely. After a final confrontation with Julia and Frank, Kirsty lives up to her end of the bargain and is even able to send the Cenobites back into the box in the process.

WE HAVE SUCH SIGHTS TO SHOW YOU

To the fans of the film who are somehow able to visualize this retelling without having read the novella, you have Barker to thank for this. Again, his critical roles as both the writer of the book and director of the film allow the two entities to mirror each other in scope. 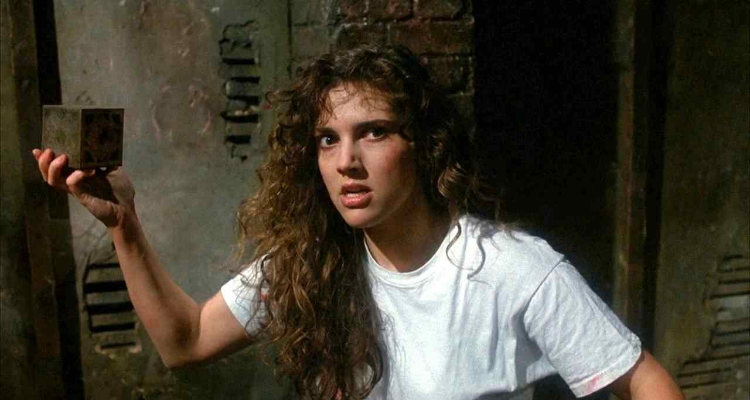 Of course, this doesn’t mean the two are bereft of differences. One of which is the identification of Pinhead, who in The Hellbound Heart remained nameless up until Hellraiser producers coined his now-famous sobriquet. The Cenobites for that matter are also one-member shy in the film, reducing them to a quartet by omitting “The Engineer” character all together.

Further changes included the renaming of Lemarchand’s Configuration to the Lament Configuration, and in the film boasted intricate brass and gold designs whereas the book described the puzzle-box as having smooth, lacquered faces.

Perhaps the most significant change pertains to Rory’s (renamed Larry in the film) and Kirsty’s relationship. In the book Julia and Rory move into the house with the aid of local movers and Rory’s good friend Kirsty, who harbors romantic feelings for him. In Hellraiser, Kirsty is Larry’s daughter from a previous relationship who shares a contemptuous relationship with Julia, thus accounting for the distance between the two parties.

Minor differences that ultimately leave the beautifully decadent components of the main story intact are what make the two pieces perfect in their own ways. At the end of it all, it doesn’t matter if it’s Rory or Larry; Lemarchand or Lament; or Kirsty, the friend, or Kirsty, the daughter. 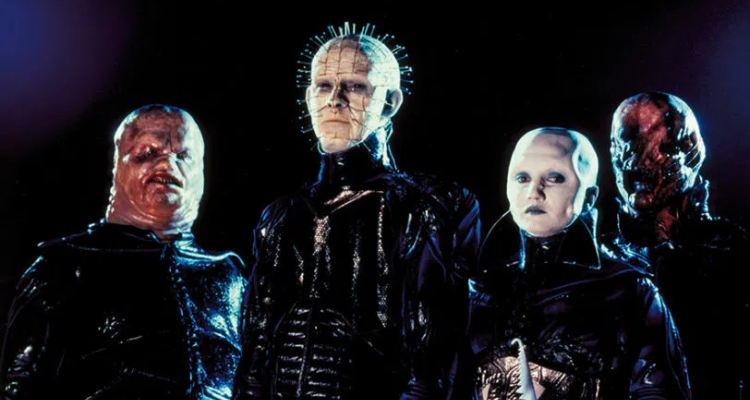 What truly matters is Barker’s haunting illustrations of infidelity and insatiable lust in both literature and film iterations. The daunting emergence of the Cenobites is just as chilling on paper as it is on the silver screen. The aberrant depictions of “pleasure” as a man is eviscerated by meat hooks is stomach churning in any form. And of course, the looming albatross of pallid leather-clad demons threatening to “tear your soul apart” is the stuff of nightmares beyond any realm.