BOOK VS FILM: THE HAUNTING OF HILL HOUSE 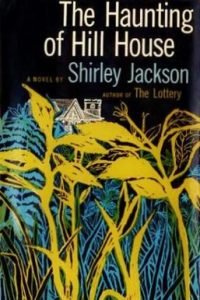 And when it comes to book vs. screen adaptations, book wins every time.

I’m the annoying person in the pub that tells you “It’s not as good as the book of course…”.

It may be because I’m a writer but I always feel the need to defend the original idea.

The Haunting of Hill House is probably the most famous of Shirley Jackson’s books, causing a sensation when it was published in 1959.

In fact, most of her work was way ahead of its time.

So much so that this book was also the inspiration for The Amityville Horror.

Together with that house in Enfield, Hill House is now synonymous with a haunted house. First time buyers beware!

As a woman in horror, in an age that belonged to Martini-swigging Stepford wives, she received many death threats from other women.

And only because she wrote horror. But Jackson wore those threats like badges.

So, it was with trepidation and a sense of doom, that I approached the first episode of Netflix’s The Haunting of Hill House.

It certainly had a lot to live up to. And the trailer already proved to be confusing to say the least!

None of the characters in the trailer are in the book…

Essentially the story is completely different.

In the book the house is rented by a doctor/paranormal investigator and a selection of people who sign up to stay in the house to experience the horrors awaiting them.

One of the people, like Theo in the screen version, is more receptive than the others and becomes the main target for the horror.

No children (well, none alive anyway).

Apart from the Dudleys, who never stay after dark in the house, there are absolutely no similarities to the book.

The first episode of The Haunting of Hill House starts with a total milking of one the books’ tag lines “…and whoever walks there, walks alone…”. 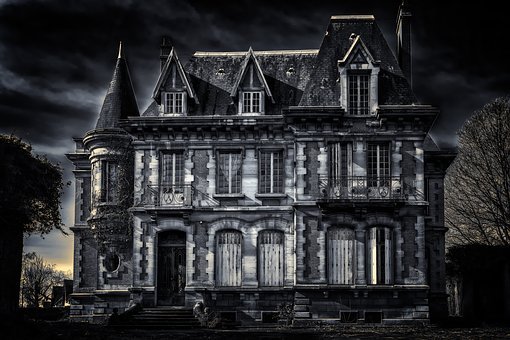 It’s a slow burner, with creepiness building at a snail’s pace.

After the first episode, my thought was that Shirley Jackson would turn in her grave, however, quite to my surprise, it started to grow on me.

The script of this Netflix version stays clear of any comparisons to the 1963 film, apart from the odd visual reference.

And, has its own merits: the casting is good, the imagery stunning, and we do root for the family, even though most people would’ve run after the first night.

“watch it burn down”

There are plenty of scares, though some repetitive and expected, and we get to see the characters’ back stories.

But we never really care enough about them. There’s not enough empathy so, as some get inevitably killed, we simply don’t care.

Or is it just me?

By the last two episodes, The Haunting of Hill House redeems itself and becomes interesting but by then the screen has been so awash with monsters that I find myself yawning.

Monsters are scary because they don’t fully appear, like the ones under the bed or in the closet but as soon as we see them the magic is gone.

This is how I feel about this new Netflix venture into horror.

By the first few episodes, they’ve already shown their hand. Most of the monsters have made an entrance, so the fear has been conquered.

“the monster feels my tiny little movements inside”

It could’ve been worse, and though I will probably never watch it again, Netflix did a good

job with The Haunting of Hill House.

It reads more like a sweet tribute to Shirley Jackson.

So, thank you Netflix, but give me the book, with a big mug of coffee and a cat on my lap.