Castle Heights is an ordinary looking London tower block… from the outside. But within the drab walls, things aren’t quite so innocent… or safe.

Red Cape Publishing, in collaboration with Tony Sands and MJ Dixon, are excited to announce that the new horror anthology, Castle Heights, is available now on ebook and paperback! 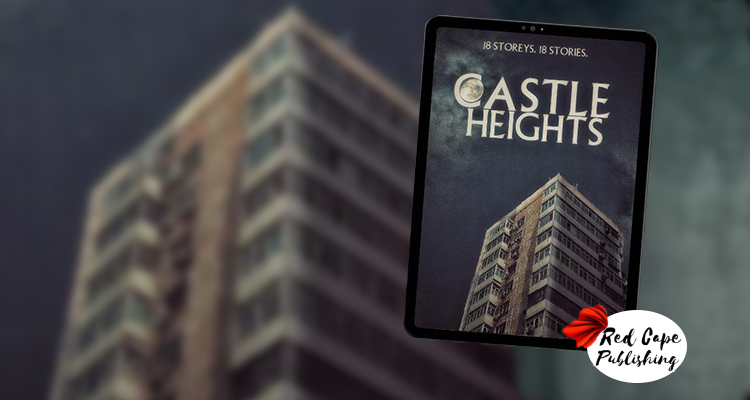 Experience the disturbing events which take place on one fateful night as eighteen writers bring you eighteen stories – one set on each floor. From monsters to killers, the supernatural to the bizarre, these interlinked tales will have you desperate for escape as you make your way up Castle Heights from the ground floor…

Emily lives on the 4th floor. She isn’t afraid of anyone or anything. She has never encountered a situation that she could not handle – with a knife, a gun, or her wits. But then again, she’s never had to deal with her own guilt, not until tonight

The 7th floor houses Matthew, who finally has a chance to impress his work mates – a dinner party at his London apartment. The only problem is, none of the guest have shown up… Or have they?

On the 14th floor you’ll find Frank and Fred, both looking forward to the big fight. But there’s something in the walls. The power is gone and now so are some of the neighbours. Tonight was the wrong night to cat sit.

The idea of an anthology based on one night in a tower block came from Tony Sands. Each floor with a different story, but all connected by that one night. He chatted with MJ Dixon about the idea, and together they set out some events that occur during that night and set those as rules for each of the writers – a blackout on Floor 9, for instance. Sands and Dixon are both contributors on another Red Cape title, a charity book called It Came From The Darkness.

The stage for the page was set, and then they had to find their writers…

Castle Heights is available to order now from Amazon in digital and paperback form.