The most wonderful time of the year is upon us.  A time for tinsel and mistletoe and carol singing and Santa Claus.  A time of joy, festivity, and good wishes for all.  For me, and many like me, it is a time to crack open the Christmas horror films that sit so well with a glass of mulled wine and a mince pie. 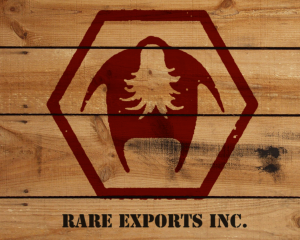 There are certainly some great horrors that sit amongst my somewhat lighter Christmas regulars of Santa Clause the Movie, Elf and Fred Claus, and this is the only time of year that I allow myself the privilege of sitting down to watch them.

Here are 5 of my favourites:

This film tells the story of Billy, who witnesses the violent death of his parents at the hands of a criminal dressed as Santa Claus.  Despite being subjected to more horror at the hands of a pretty mean Mother Superior at the orphange he’s sent to, he grows up and manages to live a pretty normal life.  That is, until Christmas rolls round.  On Christmas Eve, he is forced to “play” Santa at a local toy store, and his violent childhood memories resurface.  Billy transforms into a Santa-dressed murderer who must dole out punishment to all he encounters.

My brother introduced me to this annihilation of Santa Claus as a friendly, caring, present giver.  And I’m so thankful to him for ruining this perception.  A very poor remake (simply titled Silent Night) starring Jaime King was released in 2012 that I wasted one Christmas Eve watching.  Stick to the original and get ready to have all of your illusions of Santa Claus bust wide open.  Plus the “antler scene” with horror legend Linnea Quigley will stick in your mind long after the credits stop rolling.

A young boy named Billy (a popular name in horror, huh?) witnesses his mother kill his father, so she takes to locking him in the attic while she starts a new family with her lover. Over the years, Billy witnesses love being poured upon his sister until he finally snaps and kills his murderous mother and her lover.

Fast-forward to the present day, and a group of sorority girls, living in Billy’s childhood home, start receiving intimidating phone calls during their winter break.  One of the girls then disappears begging the question, has Billy returned? And if so, who will survive?

Now, I love the original Black Christmas.  It’s a masterpiece in storytelling, is utterly creepy and stars the wonderful Margot Kidder.  I am a stickler for preferring originals to remakes but this one is just so… mean.  And gross.  And bloody good fun.

It sticks to the original story and characters but is brave enough to take a step further with the awfulness of Billy and his mother’s relationship.  Yes, sometimes it is better to rely on atmosphere and your own imagination, but on other occasions I want to be shown something downright disturbing – and this film delivers that.  I highly recommend you give it a go.  But beware, it may put you off Christmas cookies for good!

A typical Australian family are enjoying Christmas Day when a stranger knocks on their door.  This stranger is very… well strange, wrapped in bandages and wearing a hooded cloak.  His name is Cletus and believes that the mother of the family (the fabulous Dee Wallace) is also his mother.  Not taking rejection well, Cletus sets about tearing the family apart (quite literally) on the most magical day of the year.

I was introduced to this new horrific Christmas tale at this year’s FrightFest. It was actually one of the films I couldn’t wait to see.  And I really enjoyed it! The character of Cletus is not a villain we’ve ever really seen before, and the introduction of an abortion clinic storyline is certainly new to the horror genre.

I appreciate Craig Anderson trying something different with what could have been a run-of-the-mill slasher film, and for me, it takes a welcome place amongst my roster of festive favourites.

Yep.  I’m in agreement with Lola here… this is a belter.

A dysfunctional American family are forced together, seemingly against their will, for the holidays. Their disillusionment and lack of any Christmas spirit deeply affects the youngest son Max, who unwittingly unleashes the wrath of Krampus – the demonic anti-Santa Claus, complete with hooves.  Krampus and his band of evil minions lay siege to their home, forcing them to fight for each other in the hope of surviving the holiday.

I had very high expectations for this film as the original story of Krampus could be a really terrifying tale if told in the right hands.  And I originally thought this film had failed.  The film lent itself to a horror comedy rather than scaring the pants off me.  But once I sat down and thought about it, I realised that the film thoroughly entertained me and the ending really was rather horrific.  Also you can’t go wrong with a bit of Toni Collette and I am very happy to see her stretching her acting muscles in horror once again.

This Finnish film follows a young boy and his friend who believe a secret mountain drilling project near where they live has uncovered the tomb of Santa Claus.  However, this is not the jolly, red-cheeked Santa children know and love.  And when his dad captures a wild old man in a wolf trap, we discover he may know the answer to the recent slaughter of reindeer and disappearance of local children…

In a similar vein to Krampus but for me, even better, this film is brilliantly executed with brilliant performances.  This is a Christmas horror I highly recommend you take the time to watch this December, particularly if you haven’t seen it already.  But be warned, you will never think of Santa in the same way again…