Yesterday saw us kick off a series of articles celebrating February being Women In Horror Month, with a tribute to Katharine Isabelle. Next up to be honoured is the brilliant Dee Wallace, written by Chloe Moloney. 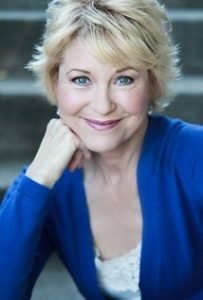 For Women in Horror month, I felt it was only fitting that we pay tribute to one of the most prolific actresses in the genre: Dee Wallace.

Wallace was born on the 14th December 1948 in Kansas City, Kansas. During the early 1970’s she briefly taught high school drama however, alongside her acting career, Wallace is now also a public speaker and self-help author. She has written three books, and also has a radio show dedicated to discussing the creation of the self.

One of the most recognisable roles that Dee Wallace has played is in E.T. the Extra-Terrestrial (1983), as Mary. A firm favourite of the actress’ roles among her fan base, yet even Wallace herself was aware of the special nature of the role. She said:

“I’ve played every kind of mother—plain mothers, pretty mothers, understanding mothers, even mothers who are hookers. […] But the E.T. role was something to phone home about.”

The film adaptation of Stephen King’s Cujo (1983) was set to terrify the masses, with Wallace playing another maternal role. The film was nominated for both a Saturn Award and an International Fantasy Film Award. However, despite the lucrative outcome of Cujo, Wallace states in an interview that it was one of her toughest roles:

Dee Wallace has undoubtedly starred in some of the most notable horror and science-fiction films to date. It is undeniable that she has left an ingenious imprint on the world of horror, with her acting hallmarking the pinnacle of the genre.