As some of you are no doubt aware, February is Women In Horror Month! In order to help celebrate, we’re going to be publishing a series of articles this week from our kick-ass team of writers, focusing on some of their favourite women in horror. First up is the wonderful Katharine Isabelle, by our very own Bruna Foletto Lucas. 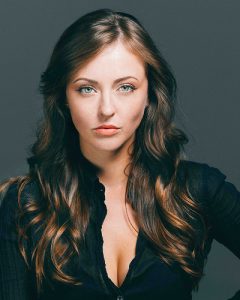 The Canadian actress has 114 acting credits under her belt and despite appearing in renowned films such as Christopher Nolan’s Insomnia, and TV shows like Hannibal, she reached cult-level status in 2000 with her role as Ginger in Ginger Snaps.

She entered the horror scene with her role in the adapted TV series, Goosebumps, where she played the role of Kat Merton in the episode titled “It Came from Beneath the Sink” – any similarities with “It Came from Outer Space” is not mere coincidence!

The episode follows Kat as she discovers a sponge beneath the kitchen sink that lights up and moves by itself. Of course, this might not be considered the most elaborated or prestigious storyline, but it was a good start for an actress that would become a B-horror queen, since the Goosebumps books and TV series were the ‘gateway’ into the world of horror for many younger fans.

After her role in the series, Isabelle dipped her toes into many other projects, until finally she gave life to Ginger, a death-obsessed teenager who becomes a werewolf, in the cult hit Ginger Snaps directed by John Fawcett.

After her part in this, she landed roles in some other important horror films, such as the 2002 remake of Carrie, and in the film that made Freddie Krueger and Jason Voorhees share a screen as they fight each other for the “privilege” of killing teenagers — 2003’s Freddie vs. Jason. 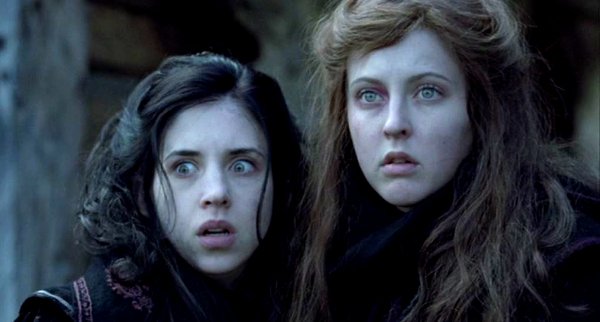 Her roles in both of these films weren’t leading roles, but not long after she started to rejoice in the late fame of Ginger Snaps, and in 2004 she starred in its two sequels: Ginger Snaps 2: Unleashed and Ginger Snaps back: The Beginning.

With the possibility to relive her role as Ginger, Isabelle was slowly building up her credit in the horror underground scene. That was until she was invited to take part in the Soska Sisters‘ second feature film – American Mary – where she really cemented herself as a leading queen of horror.

Again in the title role, Isabelle gives life to Mary, a med student who takes upon herself to seek revenge on her professors after they mistake her for a prostitute and invite her to a sex party to drug and rape her.

Ginger Snaps and American Mary share some similarities – both were ignored by the mainstream audience and gained cult status in the horror scene,  both have an army of loyal fans, and of course, both portray a strong female lead. 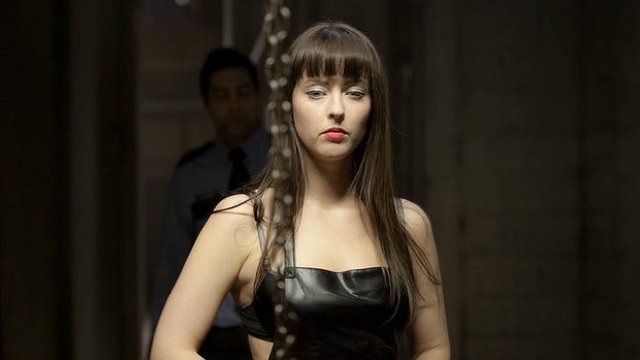 American Mary is a feminist take of the rape/revenge narrative, turning the victim into the victor without making the audience pity Mary, or without showing her in a helpless situation, crying in the corner, hoping she could go back in time and change her fate. She embraces what happened to her and uses it to her advantage. In addition, the Soska Sisters allow Mary her own sexuality and grant her the possibility to be unapologetic.

Where American Mary turns the rape/revenge on its head, Ginger Snaps does the same with the werewolf narrative, turning the plot that is usually portrayed as an aggressively masculine storyline into a feminist, coming-of-age story lead by two female protagonists  (Isabelle and Emily Perkins).

The film ties the werewolf tropes with female experiences, creating a metaphor for female sexuality and discovery. It is not a surprise that both films were created by women: American Mary by the Soska Sisters, and Ginger Snaps (all three of them) were penned by a female hand – the first one by Karen Walton, the second by Megan Martin, and the third was co-written by Christina Ray and Stephen Massicotte.

Katharine is proud of being part of those two projects where her role as a woman is respected and portrayed wisely. She stated that both films break the stereotype of women in horror as the pretty, helpless victim, and she appreciates the fact that the female minds behind the projects don’t rely on female nudity to have an audience, which she claimed has been an issue to her in the past.

Isabelle is not opposed to nudity when it is essential to the narrative, but she said she is not on board for “gratuitous tit shots”. The protagonist of American Mary is quite sensual and provocative in her clothes, but Isabelle agreed to that because she realised the project called for it, as the Soska Sisters themselves stated in an interview that they wanted to create a protagonist who belonged in the third wave of feminism and was in charge of her own sexuality. 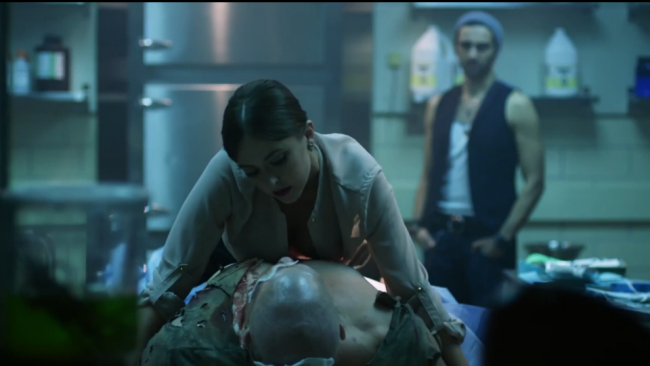 Having created such a special bond with the Soska Sisters, Isabelle went on to appear in their latest horror film, the slasher See no Evil 2, where she acts alongside Danielle Harris – a.k.a. Michael Myers’ niece and Laurie Strode’s daughter – in the timeline where she died before becoming the alcoholic headmistress of a private boarding school.

Although currently working in “non-horror” films, Katharine Isabelle enjoys the fandom that the genre provides, as well as the possibility to help break the now cliché female stereotype in horror films. Because of that, I very much hope to see her in future horror movies – and let’s not forget that the Soska Sisters still haven’t said who they are getting on board for their remake of Rabid!