Creepshow makes its glorious return to Shudder this month for a third season of silly, gruesome fun. With each episode packed with two chilling comic-book style tales designed to tingle the spine and goose your bumps, the first two seasons really built on the promise delivered by the classic films. Anyone familiar with the brand will know exactly what to expect; fanciful, schlocky horror full of ideas, ambition and wonderfully practical effects.

In the first episode, we are treated to two tales that vary wildly in content but share the same sort of playful tone that Creepshow is associated with; let’s dig in. 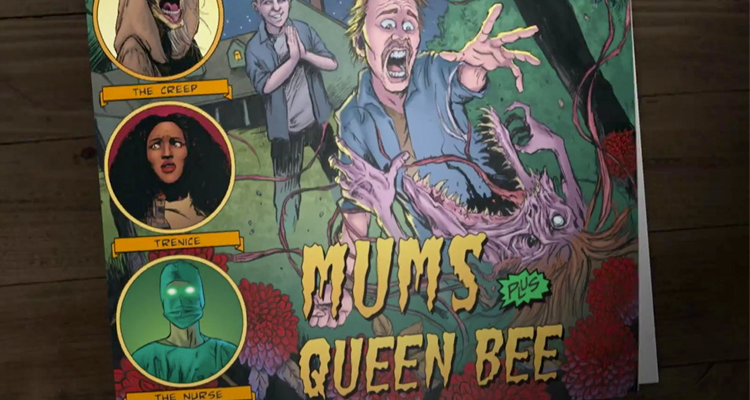 The story of a survivalist family living in the American heartland, we follow teenager Jack as he deals with the violent disappearance of his mum and takes solace in caring for the remarkable garden she has left behind. Planting unusual looking seeds he finds in this mother’s luggage, plant-life of an altogether more sinister kind starts to pull its way to the surface, unearthing secrets his father had thought would never see the light of day again.

‘Mums’ is a lot of fun and really throws us back into the show’s mindset with a story that is colourful, grim, and filled with glorious vengeance. Based on a short by Joe Hill, the story races along at a brisk pace giving us no time to stop to ask questions and delivers a sharp, gruesome ending that will have fans of the show cackling. 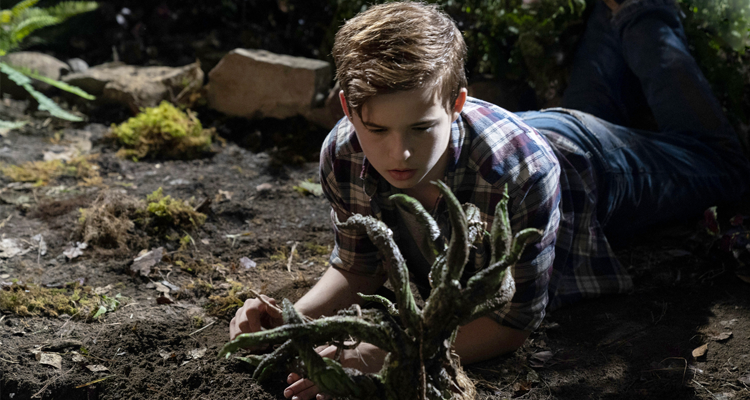 As with most segments, the short duration of the story leaves little room for character developments, and so we are largely dealing in the realms of caricature when it comes to the majority of the performers.

Young Brayden Benson is impressive as Jack and elicits the necessary sympathy from the audience required to land the dark and bloody ending. The gruesome practical effects in this segment are wonderful, and the realisation of the hungry, bloodthirsty fauna is well realised.

A trio of teens decide to break into the hospital where their singing idol is holed up for the night to give birth to her baby. The famous starlet has closed off an entire floor of the hospital to preserve her privacy from the prying eyes of the world, and as our protagonists get closer and closer to the birthing room, it would appear that privacy may not be the only reason for the starlet’s secrecy.

This story certainly feels like the weaker of the two though there is still a lot to enjoy within it. While there are some terrific moments of body-horror and some really gnarly creature designs on show, the build up to what feels like a fairly obvious pay-off is a little plodding and lacks any real tension.

The glowing green eyes of the doctors and nurses on the floor make for a creepy image, but ultimately you find yourself asking why on earth the kids don’t run at the first sight of them. 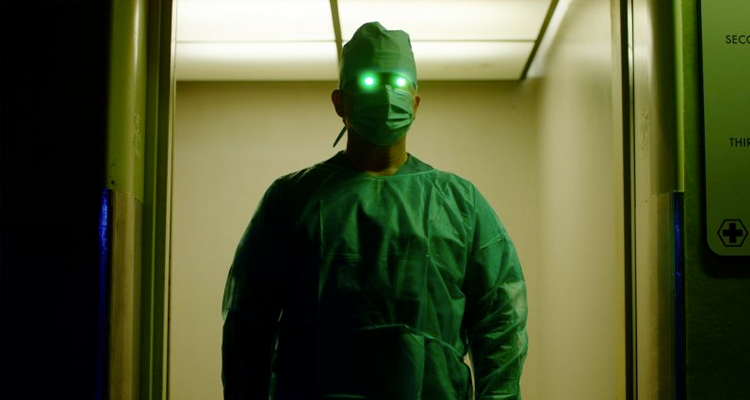 As a comment on teenage obsession with fame and their idols, ‘Queen Bee’ hits a few interesting notes but has little time to develop them any further.

The story ends again on a grim note of blackest horror with the kids all paying a terrible price for their curiosity, but it lacks the sense of occult justice or karmic retribution that is often the theme in these segments.

An uneven but enjoyable start for season three, join us next week to see what rotting delights the Creeper brings our way.

Episode 1 of the third season of Creepshow is streaming now on Shudder, with new episodes released every Thursday.