With its third episode of the series, Creepshow season three manages a consistency that the previous two instalments have lacked. Featuring two entertaining and downright gruesome tales, the episode is a worthy companion to the inventiveness and fun of Creepshow at its best. 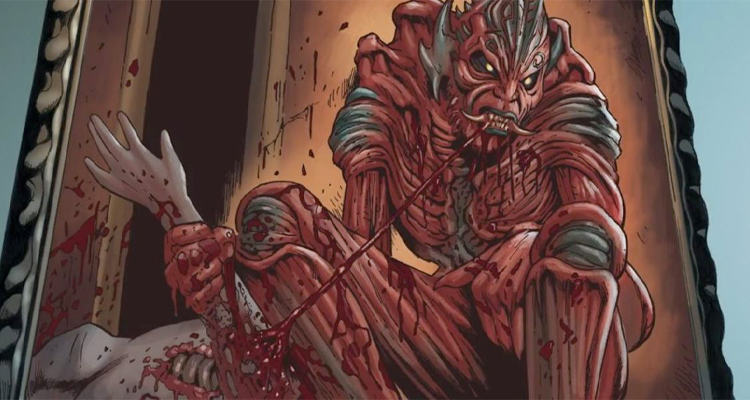 Entitled billionaire Wade Cruise swoops in to buy the last work by fabled artist Tsuburaya, a man whose career and legend has been built on his portrayal of a collection of truly horrifying demons and monsters. His final piece, securely locked inside a crate that was intended for his last living descendant, is destroyed by Wade soon after being viewed by him alone, denying the world of the artist’s last piece of work.

Only, in the hours and days that follows, Wade Cruise is haunted by the terrifying image that only he has seen, and a dark and sinister presence that seems to stalk his every move. 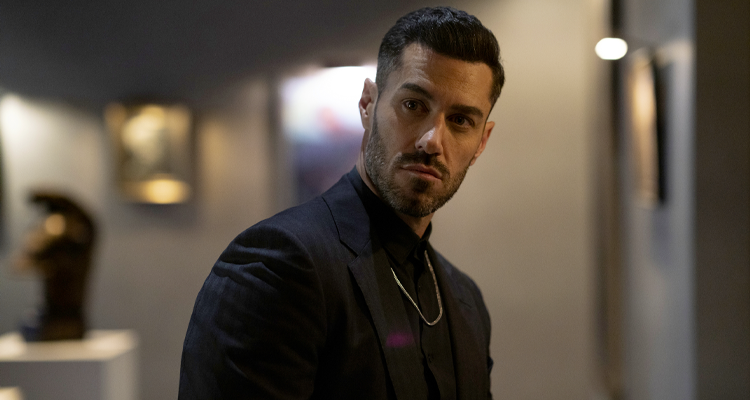 Brandon Quinn gives a fantastically dislikeable performance as billionaire Wade Cruise, a man with the same charm and appeal as a teddy-bear at a graveside. Loathsome, hateful and with a line of spite that oozes from every pour, Quinn gives a great performance that is up there with the very best of the Creepshow protagonists.

Wade’s selfish act is a brilliant through-line in the segment that economically tells us everything we need to know about this ridiculous man-child. A comment perhaps on the disparity between the need for art and those who hoard it, ‘The Last Tsubaraya’ offers an interesting, if caricatured, look at the mindset of the super-wealthy.

While the monster design never truly convinces as scary, as a mix and match between eastern and western design the segment serves up a really interesting creature that the director makes the most of in shadow and darkness before serving up a loud and bombastic final act.

And like the very best of Creepshow, the segment ends with a sense that blackest justice has been carried out by the wretched hand of fate.

I am an arachnophobe.

I understand that this is a largely irrational fear and that most spiders in the UK are actually fairly harmless, but nothing about that fact will dissuade me from the notion that the only reason they have all those hairy legs is to simply climb over my face in the night while I sleep.

‘Okay I’ll Bite’ has done nothing to help me with this issue.

Imprisoned for euthanising his dying mother, former doctor Elmer Strick (Nicholas Massouh) is trapped in an unfortunate arrangement with the corrupt corrections officer and some of the clink’s more dangerous criminals. Working in the pharmacy gives Elmer access to various drugs that he is coerced into stealing, his only comfort being his collection of pet spiders he keeps in jars on his shelf. And lurking just behind the thick, stone walls of his cell is Elmer’s pride and joy; an eight-legged terror that Elmer is using his ancient texts to catalogue, and if the gods are smiling, that might just be his salvation. 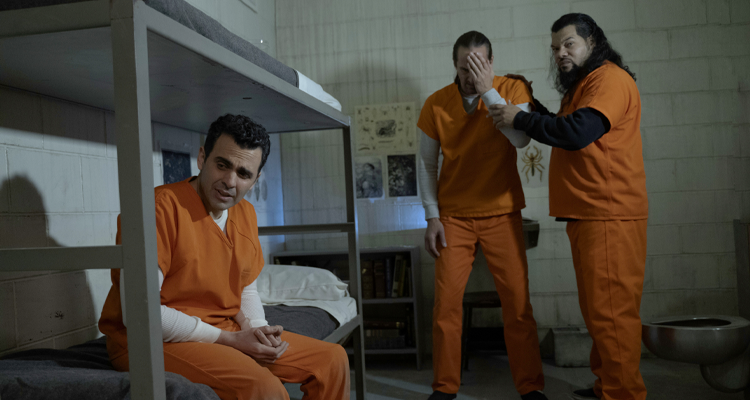 ‘Okay I’ll Bite’ is filled with surface level performances that get the job done without any real pizazz or depth. Massouh does a good job of selling Elmer’s desperation and really landing our sympathies with him, but let’s be honest here; in a segment about terrifying creepy crawlies I’m afraid we’ve come here to see the bugs creep and crawl.

And boy does this segment deliver. I found moments of the short incredibly squirmy and tough going, including a minor spider attack that is horribly realistic and left me twitching throughout. The prison setting lends the piece a horrible inescapability, and when we finally get a look at the thing hiding in Elmer’s cell the show’s CGI effects are up to the challenge.

The episode ends on a suitably grim sight that may cause one or two sleepless night for the audience, but the series is to be commended for the creation of another terrific creature that feels both unique and familiar at the same time.

The most consistent batch of episodes so far this season, the Creeper seems to be finding his groove as season three hits its midway point.