In any anthology collection, consistency is a hard beast to master and as such projects such as Creepshow often get cut a little more slack than others. But keeping yourself on the right side of consistency is the trick, and thus far season three of the series has struggled to balance the good, the bad and the achingly mediocre.

Episode four of season three shines a bright light on that particular problem with two instalments that vary wildly in effectiveness and quality. 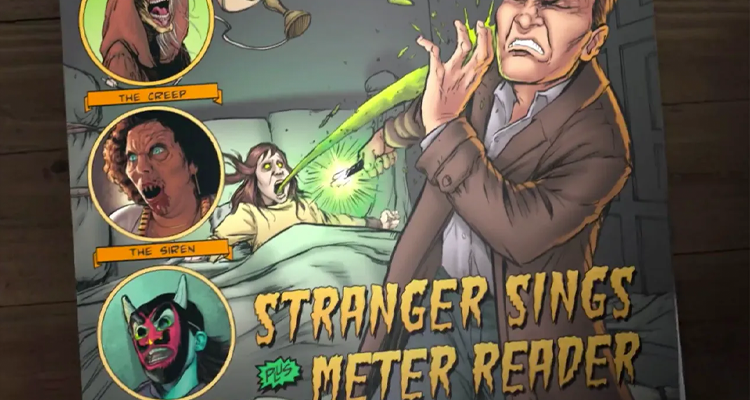 First up is ‘Stranger Sings’, the story of a lonely divorcee finding love in exactly the wrong place. Lovelorn Barry (Chris Mayers) hits on the friendly Sara (Suehyla El-Attar) at the local coffee shop, their initial meeting played out charmingly enough through a haze of stunted dialogue. After being invited back to Sara’s home, Barry’s joy soon turns to despair as he discovers the bloodied and rotting corpse of the last poor schmuck who had been lured back to the house. You see, Sara’s roommate Miranda (Kadianne Whyte) is a Siren of ancient legend, and her song prevents Barry from running screaming from the house.

Only, the women don’t want to kill Barry. They want to use his skills to swap voice-boxes in order that Miranda can live a mortal life while Sara can ascend to become an immortal, irresistible man-eating eternal. 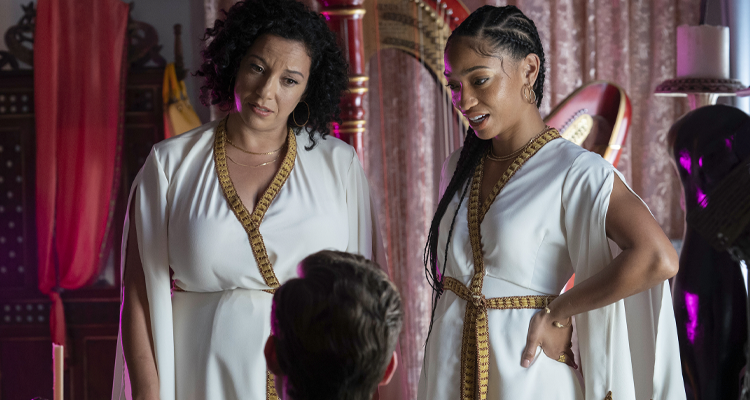 A sound premise that is so confused about what message it is trying to convey it ties itself up in logical knots. The short falls into the Hollywood cliché of sticking a pair of glasses on some hunky dude that suddenly is meant to make him look like a geek; and frankly, Suehyla El-Attar is far too attractive and charming to convince the audience that she is forever neglected by the opposite sex. Playing down the beauty of someone who doesn’t conform to societal ‘norms’ of beauty feels like an odd choice for a story largely about the empowerment of women.

Our sympathies are never with the women for a moment because Barry is portrayed as a sweet and kindly guy who is unlucky in love, not some alpha-male douche who needs taken down a notch. As such, when the short requires us to empathise with Sara and Miranda’s plight it falls flat as it has done little to put us in their shoes.

The short features a neat comic-book segment that explores the Siren’s mythology and, as has been a feature throughout this season, delivers the goods with terrific practical effects and a monster design that looks amazing.

Finishing on a frankly bizarre left-filed twist, ‘Stranger Sings’ ends on a bum note that is unfortunately in keeping with the rest of the short.

Joe Lynch’s ‘Meter Reader’ is a terrific segment that makes the most of every second of its runtime. Written by John Esposito, the segment is an exercise in precise writing where every moment is expertly calculated and builds to a genuinely creepy finale.

Set in the midst of a viral apocalypse where a demonic virus is taking control of the population, the story focuses on ‘meter reader’ Dalton (Jonathon Scaech), a holy figure immune to the possession who travels the land fighting back the unholy blight. 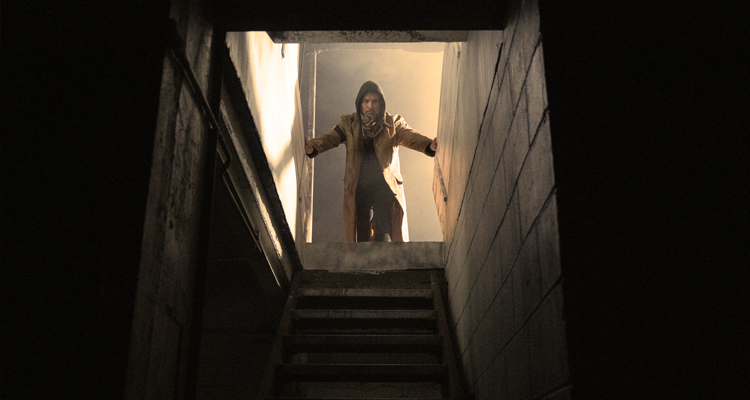 After facing down a couple of demons in a neat homage to The Exorcist, the story jumps to Dalton’s homestead where what is left of his family waits for him, watching the news as viral figures soar across the globe as science and faith both fail to provide any easy answers.

Abigail Dolan plays Theresa, Dalton’s eldest daughter, with a steely resolve that acts as the story’s backbone. The only member of the family who seemingly listened to Dalton’s warnings and training, Abigail takes the fight to the unholy creatures in her father’s absence.

There are obvious parallels in ‘Meter Reader’ with the ongoing global pandemic, with characters more interested in blind hope and stubborn ignorance than dealing with the reality of the world as it is. More interested in getting back to the mall or the nail salon, characters doubt the soaring figures on the screen as the virus tears the country apart, turning neighbour against neighbour and sewing mistrust among the survivors. At times it is uncomfortably close to the bone. 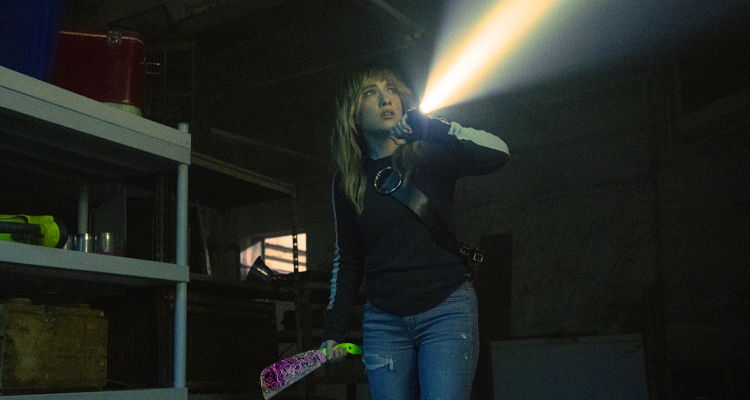 The apocalyptic scenario is deftly explained in a couple of ominous, grizzled voiceovers, with Dalton’s solitary figure soaring down empty highways on his bike as the corpses of those who could not be saved are loaded into mobile incinerators. There are some arresting visuals on display throughout the wasteland that America has become, with Lynch capturing the feel of the end of everything with some tremendous snapshots of the scorched land.

There are some really great scares in ‘Meter Reader’, and the final act in particular features a basement confrontation that is up there with the best Creepshow has to offer. The demons are neatly realised with call-backs to demonic possession films like Demons,The Exorcist and most excitingly The Evil Dead.

By the end of the segment, the fight back against the demons seems like an unwinnable battle where the apocalypse is all but a formality; and yet, the image of that sole rider against the forces of darkness is an arresting and hopeful note to go out on that would be interesting to follow down the road.

The first season of Creepshow was the very model of consistency, and I am not counting the Creeper out just yet.

Roll on next week to see was poisoned goodies he’s bringing our way.