With two tales that play on the themes of time running out in very different ways, Creepshow’s fifth episode of season three delivers two tales (one of which is animated in a style akin to their Halloween special from last year) that are worthy of the Creeper. 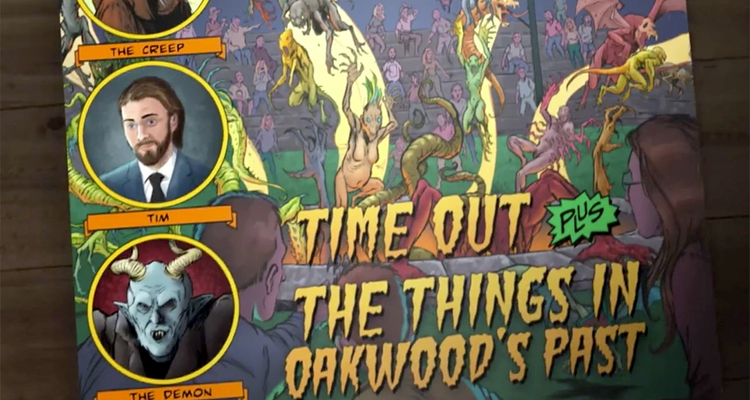 ‘Time Out’ is a clever time-travel tale that, while walking some familiar beats, packs a cruel and bitter punch before its story is told.

We follow the story of Tim, a decent young man struggling to juggle his social life with the stresses of studying to become a lawyer. Bequeathed an ornate and mysterious wardrobe from his recently deceased Grandmother, Tim discovers that time moves very differently inside the wardrobe’s confines. His late Grandmother’s letter warns Tim never to enter the wardrobe without the key, and that time can be tricked but never cheated, signposting trouble ahead as the story moves towards its climax.

The story jumps across time frequently, checking in on Tim as he marries, is promoted, and has a son who he dearly loves. But in order to achieve his successes, Tim turns to the wardrobe’s magical sanctuary far too often, aging him well beyond his years and impacting the quality of time back in the real world. 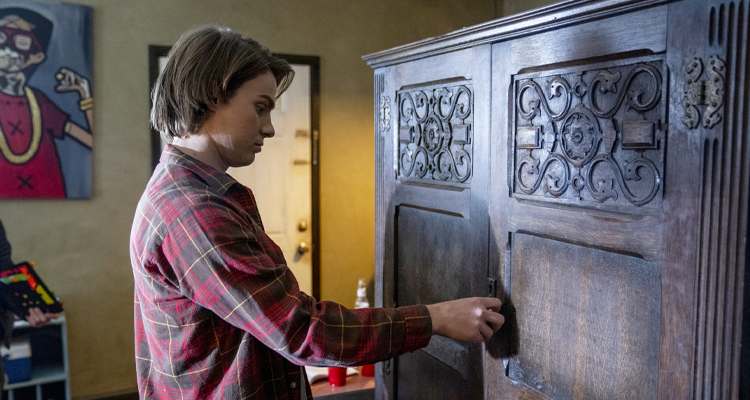 Unlike most Creepshow characters, there is a real sense of tragedy about Tim’s plight; a generally good man, Tim only uses the advantages of creating extra time in order to achieve a better life for he and his young family. Matthew Barnes is a very likeable presence, and while the bushy beard and greying hair doesn’t quite convince of Tim’s advancing years, there is a humanity about the performance that makes the inevitability of the ending all the more impactful.

And while I imagine most horror aficionados can probably guess the end of the tale coming from the moment the rules are established, the segment ends with a really nasty moment that really piles misery on top of misery. Grim with a gleeful streak, this is a Creepshow ending firing on all cylinders.

The Things in Oakwood’s Past

Creepshow has animated segments in every episode as the Creeper flits between comic-book pages to introduce each short, and in last year’s terrific animated special the show committed to the concept for an entire episode to much acclaim. Like an 18-rated Hanna-Barbera cartoon, the creators really seemed to enjoy throwing off the budgetary constraints that normally hamper the show and let their ghoulish imaginations off the chain. 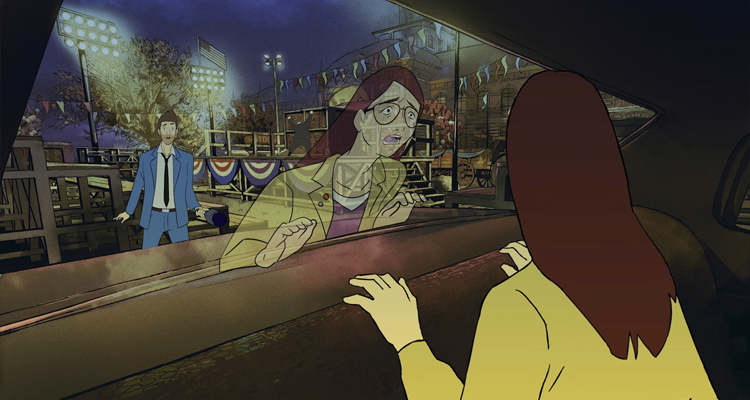 ‘The Things in Oakwood’s Past’ features the legendary voice talent of Luke Skywalker himself, Mark Hamill. Hamill plays the Mayor of Oakwood whose daughter Marnie (Danielle Harris) is obsessed with getting to the bottom of the town’s sketchy and bloody history. While the recent discovery of a two-hundred-year-old ‘time-capsule’ has the residents of Oakwood in celebratory mood, Marnie’s research leads her down a dark and bloody sliver of history that has every intention of repeating itself. And as the time ticks down to the capsule’s opening, Marnie must do anything she can to get her father to listen to reason…

The artwork is terrific, and its simple style is wonderfully undercut by some truly unbelievable violence and gore, delivered by a cabal of terrifying creatures that a televisual budget would never really be able to realise.

A central romance between Marnie and visiting TV reporter Mac (Ron Livingston) gives the short some much needed stakes for when the story escalates to a truly apocalyptic and chaotic ending, and the voice actors really rise to the high bar set for the creative animation and creature design that the show deploys.

A terrific double-bill this week from the Creeper, with two shorts that really help push season three back on track and barrel us forward into the show’s home stretch.