Duyster has its UK premiere on Sunday, 30th of January at the Black Sunday Film Festival. Before the premiere, Chris Stagg (Black Sunday & London Horror Society) caught up with the directors, Thomas Vanbrabant and Jordi Ostir.

Thomas and Jordi, thank you for your time. To begin, for people who are coming fresh to your film, tell us about Duyster. What’s the synopsis?

THOMAS: For a group project at school, three students come up with the idea of telling the story of Johannes Duyster. Duyster was the official executioner of the city of Antwerp in the 17th century, until his own daughter was accused of witchcraft and he had to get a confession out of her the old school way. Duyster disappeared in obscurity shortly after, his name and practices however resurface throughout the years from time to time, even till this very day. The students wanted to delve deeper and start researching, but they disappeared. This is their footage. 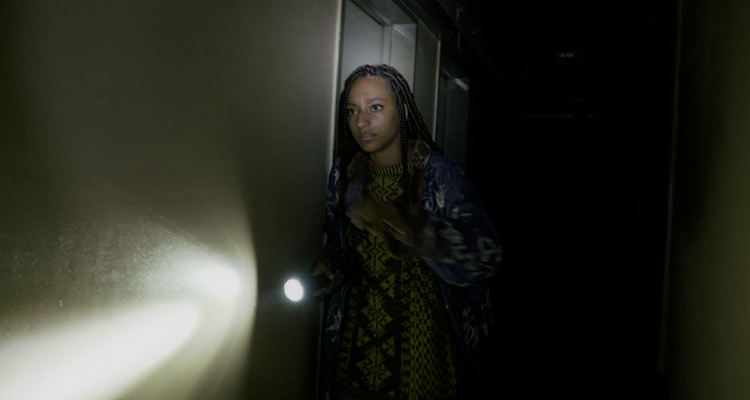 Personally, I’m a big fan of witchcraft and those kinds of occult films.  Where did the idea come from?

THOMAS: I got the idea when I asked myself the question what would happen when an executioner has to torture a person he loves, like for example his daughter. Since witchcraft was a big thing back then in Europe, it just matched perfectly together. Witchcraft has a very intriguing history in our region, with so many women killed for the most idiotic reasons. I did a lot of research, which kept adding cool and interesting notes to possibly use in the story. The occult was a final layer. Since Jordi and I wanted everything to be realistic and based on reality, we also did a lot of research about this.

Were there particular films that inspired you in making Duyster? There are obviously similarities to The Blair Witch Project, but for me I also got a feeling of Rob Zombie and the way he raises tension in his films.

THOMAS: The Texas Chainsaw Massacre is one of my all time favourites and definitely has a link to the movie. Also titles like Martyrs, REC and Suspiria were an inspiration. Our DOP is a big fan of As Above So Below, and I think you can feel that from time to time

I can definitely see some loving nods to those films. How did you find co-directing a film together?

THOMAS: A lot of people warned us about doing this, and mentioned this would slow down production. But we spent a lot of time talking everything through, so we had the same vision when the camera started rolling. There weren’t many discussions on set. I think on a creative level, it surely made Duyster better.

JORDI: Yes, people have warned us in advance that two directors on set rarely work. But with Duyster we have proven the opposite. Our vision on almost everything matched each other.

I have seen the film and thoroughly enjoyed it. Genuinely one of my favourite films of 2021. One of its triumphs was its sense of realism. How did you approach that and make it so effective?

JORDI: First of all, thank you for the compliment! Found footage has the advantage that, due to the type of filmmaking, you can be pulled into the film rather quickly. The disadvantage of this in these type of films, is that due to lesser acting or lesser character development, you can be pulled out of the film just as fast. The combination of strong acting and natural character development, on top of a genuine chemistry between the actors that was positively expressed in their characters, are some important aspects that kept the movie believable. 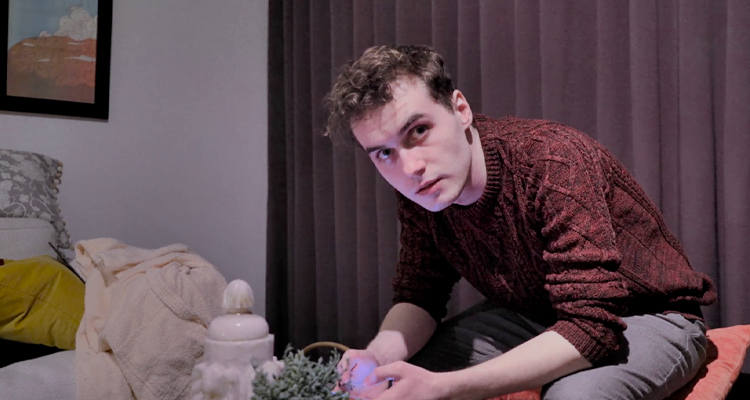 Speaking of realism, there’s a scene that is quite short and, on the surface, is a throw away moment – but actually serves to really make us uncomfortable and just start to make things seem claustrophobic, like our characters are unknowingly trapped already. I’m talking about the ex-policeman scene – a favourite moment of mine. What was the thinking behind it? Where did it come from?

JORDI: The infamous Stefaan Degand scene! Stefaan Degand is a well known actor in Belgium. The actor is created to be a red herring. So we really wanted him to give you, the viewer, and the characters an uncomfortable feeling. And in our opinion, he nailed it. Fun fact, this was our first shooting day.

Another aspect that I really enjoyed was it keeps us guessing and I never really knew what the outcome was going to be. I think the last act and resolution works very well and is quite unexpected – did you always have that ending in mind (without giving anything away!)

THOMAS: For the most part, it was like this already in the most early draft. Especially the very final image. Everything before evolved a little during some rewriting, but our aim was to really go all-in in the end. And I think we did. We get a lot of compliments about this. The audience enjoys the build up and the long intense final.

Absolutely, I completely agree with the positive feedback. What’s next for you both and would you consider a sequel or perhaps something existing in the same world as Duyster?

THOMAS: I recently finished a new screenplay with Jasper Vrancken, who made the great horror short Maw. We are now looking at the next steps to turn it into a movie.

JORDI: I actually just came back today from a meeting regarding a new project, hopefully we can develop this in the (near) future. Things are looking bright right now. Regarding Duyster, I think there is a possibility for a sequel or something that exists in the same universe. I do have an idea for this, but it’s certainly not developed yet. First I want to talk with Thomas about this and see what happens!