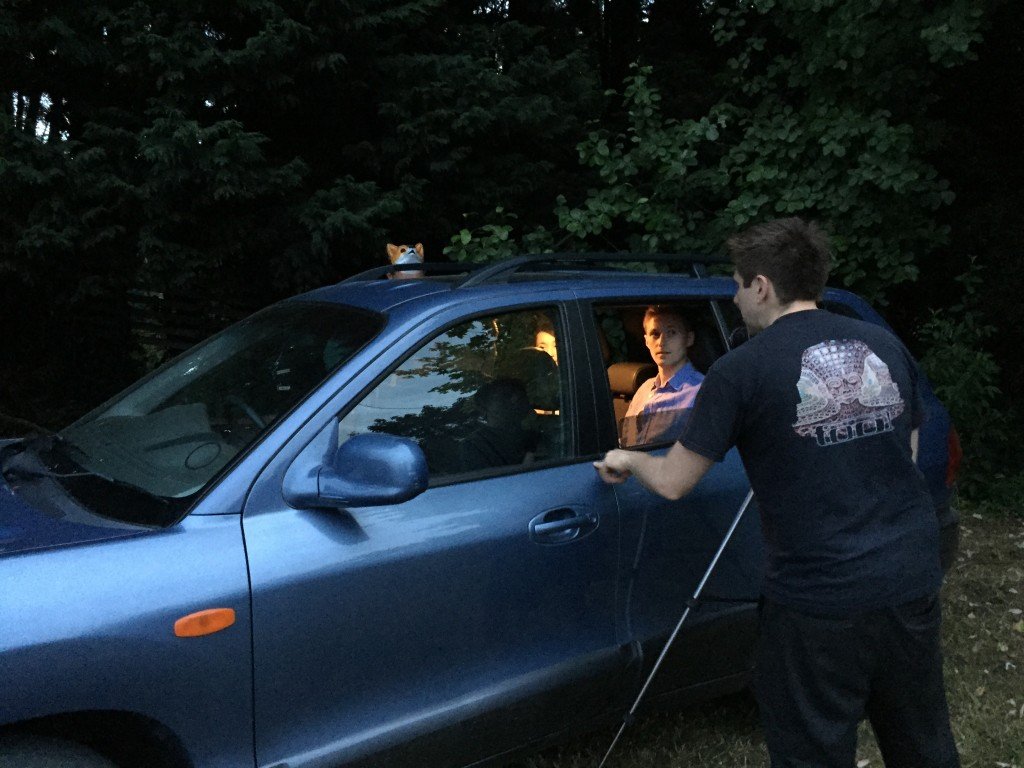 As a horror writer I’m always on the lookout for new and exciting things in the world of horror. Whether it be television shows, comics, gaming, art or movies… If it’s horror I want to know about it. So, I recently got an opportunity to review Richard Rowntree’s short film entitled Dogged.

Originally made for the BBC 3 show The Fear, which it came in 5th out of 500 entries. Dogged tells the story of a young couple, Sam and Lola, who become the unwilling victims of a mysterious peeping tom. Thinking this was a one-time occurrence, Sam goes about his life, not realizing that he has now been dragged into a cat and mouse game that is reminiscent of the Hills Have Eyes and The Strangers.

At only 4 minutes in length I was questioning how much would be covered in such a short time and how I would feel by the end. Overall, it’s a solid horror short and being shot over the course of one day, with a budget of only £300, it’s impressive to see how much detail, mystery and level of suspense went into it.

The film is currently shopping the festival circuit, which leaves it without an official release date. However, Richard tells me that he will soon be starting a Kickstarter in order to expand the short film into a full-length version.