Eagle-eyed followers of The London Horror Society would have seen us bleat about this on social media, and members would have read our snippet in our recent newsletter.  But what is it about Egomaniac — the latest feature from Kate Shenton — that has us so excited? 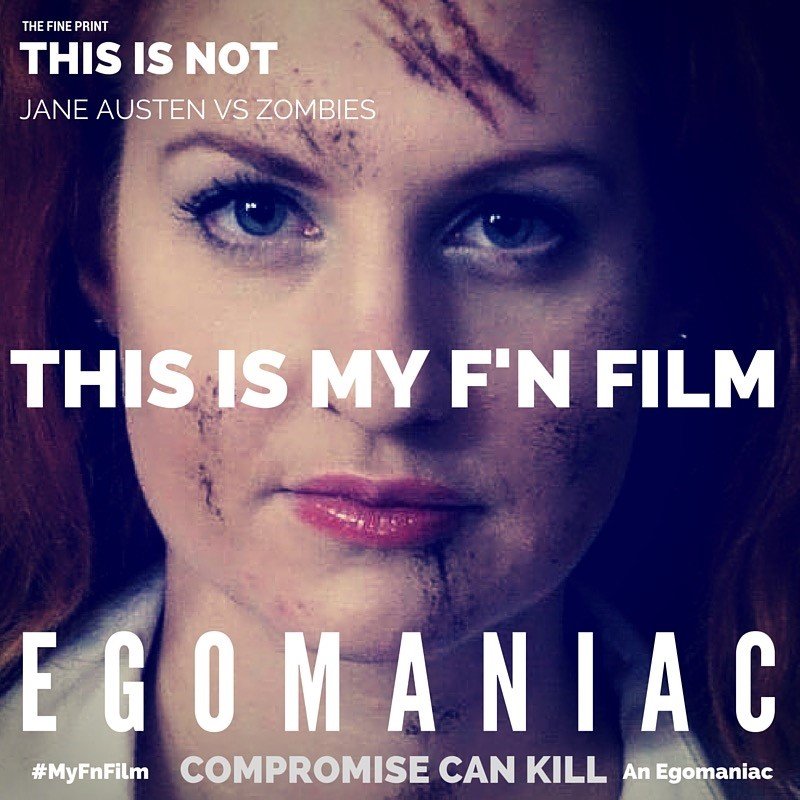 Well first, let’s look at the film itself.  Egomaniac follows the story of Catherine Sweeney, a filmmaker who just wants to make a horror film.  Her horror film.  But her producers aren’t completely sold on the idea of a zombie romantic comedy with heart. Catherine will make all the changes necessary to just finish her film but little does she know, compromise can kill…

Secondly, it’s the simple fact that this is written and directed by Kate Shenton.  If you have ever seen any of her previous works such as the documentary On Tender Hooks, or perhaps one of her short films, Gimp or Send In The Clowns — then you’ll know exactly what we mean.  Kate is, in our opinion, one of the most exciting up-and-coming filmmakers that the UK independent horror scene has to offer, and we’ll be following Egomaniac‘s progress very closely!

It also stars a host of recognisable faces from the UK indie horror scene, including Nic Lamont and Adam Rhys Davies (The Twins Macabre), Laurence Harvey (Human Centipede 2 & 3) and Dan Palmer (Stalled, Banjo). It’s also scored by the hugely talented Eric Elick (Rats, The Package) – If you’ve ever attended one of our short film screenings, you would have heard his work!

We’ll be sure to keep you up to date on any developments, but in the meantime, if you haven’t seen it already, check out the trailer:

Egomaniac will make its world premiere on August 28th, as part of this year’s FrightFest film festival.