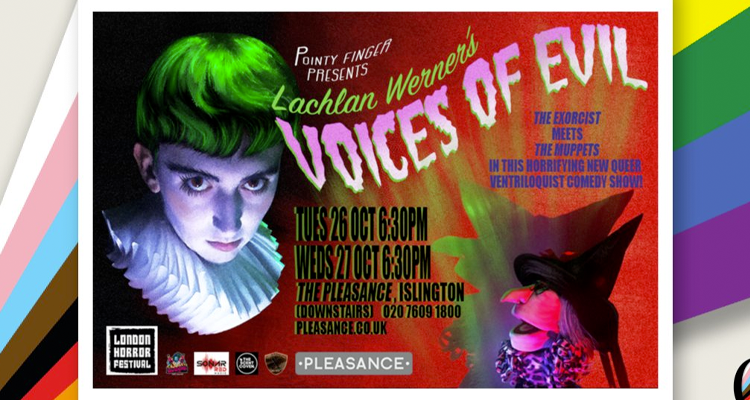 Lachlan Werner, a rising LGBT+ comedian, will be performing a totally new spin on ventriloquism at London Horror Festival 2021. His new show ‘Voices Of Evil’ is a queer horror comedy, where he supplies demonic voices and hilarious theatrical surprises.

‘Voices Of Evil’ combines physical comedy, improvisation, audience participation, muppet-style puppetry and some expert voice-throwing to pay a very silly homage to such films as ‘The Exorcist’ and ‘The Conjuring’.
The show follows Brew the Witch (an ego-centric puppet witch) and her friend, Lachy (painfully shy, dressed like a choir-boy), hosting a halloweeny seance event, called ‘magic night’. Brew’s gimmicks lead to a real possession which will change the ‘innocent’ little Lachy forever.

The full programme can be found at www.londonhorrorfestival.co.uk/