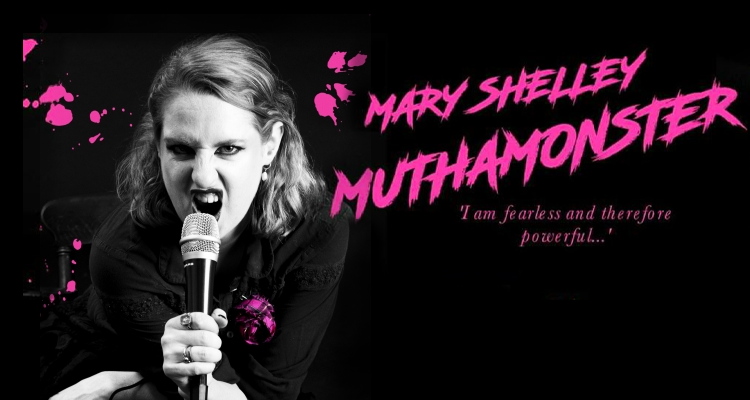 Mary is pissed. She lives in the shadow of the monster she created. Grappling with fame, scandal, sex, opium and motherhood – it’s time to set the record straight. This fiercely rebellious one-woman show is a comedy-punk-rock retelling of the life of Frankenstein’s author, the Mutha of all Monsters.

Many people know the tale of Dr Frankenstein and his monster, but the story of Mary Shelley is often overlooked. Throughout her life, Mary was haunted by the legacy of her feminist icon mother and the anarchic writings of her father. She became an infamous ‘other woman’ due to her scandalous affair with the married poet Percy Shelley. There is evidence to suggest she explored her bisexuality and became a queer ally, and one of her other novels may just have predicted the future.

Rebellious and unconventional, the Romantic writers were often called the rockstars of their era, and in this show Nic Lamont presents Mary as a modern-day punk celebrity – sweary, irreverent and ready to rock. Her life story is punctuated by iconic female rock anthems including those by Joan Jett, Stevie Nicks, Alanis Morissette and Bonnie Tyler.

Part of London Horror Festival 2021 – the UK’s original and largest Festival of live horror performance. The full programme can be found at www.londonhorrorfestival.co.uk/