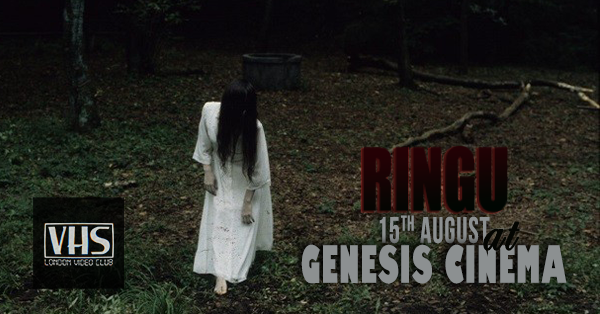 On 15 August, at Genesis Cinema. London Video Club is hosting a special screening of Ringu.

London Video Club is a celebration of the greatest format of all: VHS.

Join them, and an audience of like-minded video nuts, as they screen cult classics, forgotten gems and schlocky blockbusters, direct from videotape.

For the first time in history, you can see Ringu on the big screen projected straight from a VCR using a Blockbuster Video ex-rental video tape! (all socially distanced, of course)

Reporter Reiko Asakawa (Nanako Matsushima) sets out to investigate the strange deaths of her niece and three of her friends. All clues point to the deaths occurring after viewing a supposedly cursed videotape. Along with her ex-husband, Ryuji (Hiroyuki Sanada), Reiko finds the tape, watches it — and promptly receives a phone call informing her that she’ll die in a week. Determined to get to the bottom of the curse, Reiko and Ryuji discover the video’s origin and attempt to solve an old murder that could break the spell.