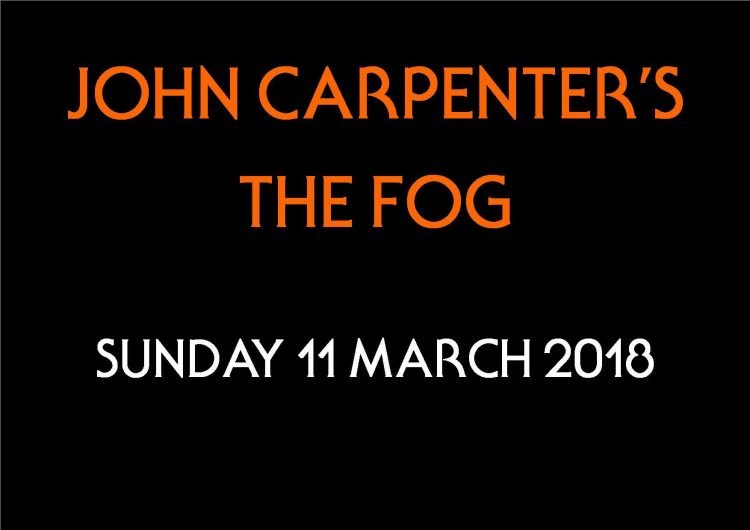 The National Justice Museum will launch its first ever film season with a series of screenings from cult director John Carpenter.

Please note that doors to the Museum will open at 7pm and each screening will start promptly at 8pm. Special tour will begin at 7.15pm. Screening is strictly limited to 30 places.

Includes a Ghost Tour of the National Justice Museum

An unearthly fog rolls into a small coastal town exactly 100 years after a ship mysteriously sank in its waters. (IMDB)