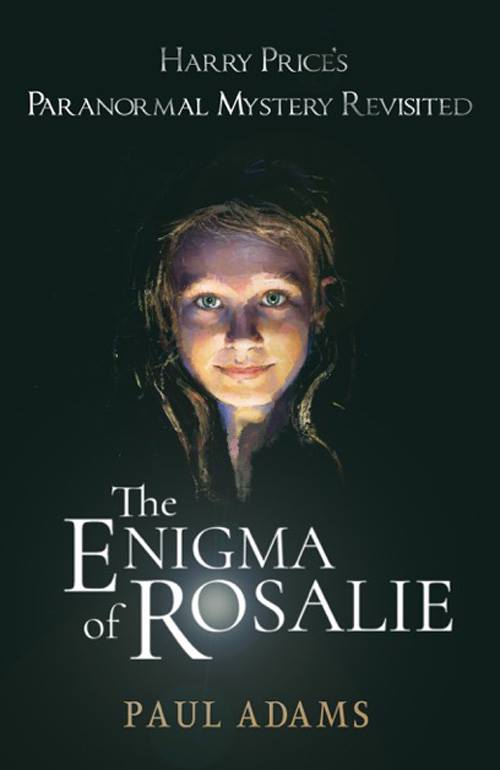 ENTRY BY PRE-BOOKED TICKET ONLY – Please note, you can only attend this event by reserving your spot here:

No tickets on the night.

Paranormal historian Paul Adams is marking the occasion by launching his newest ground-breaking work, “The Enigma of Rosalie”, which uncovers the real life drama of Price’s most enduring, controversial and strangest cases.

Paul’s lecture – held on the site of Price’s former psychical research labortory – will delve into the almost 10 years of research that explained the dark and disturbing nature of Rosalie the Ghost Girl, which rocked London society in the 1930s.

Copies of the book will be available on the night.

Harry Price has become one of the most well known figures in 20th century psychical research, a maverick investigator whose exploits created controversy both within the Spiritualist movement as well as the world of organised paranormal inquiry.

With his National Laboratory of Psychical Research he investigated some of the most famous mediums of the inter-war period including Helen Duncan, the Schneider brothers, ‘Margery’ Crandon and Jean Guzik.

After his sudden death in 1948, Price was accused of fraud and misrepresentation in what remains his most famous case, the haunting of Borley Rectory, and in the ensuing years, the activities of supporters and critics have ensured that he and his work remains equally inspirational and problematic.

Of all of Harry Price’s many cases, that of the ghost child ‘Rosalie’ is without doubt the most astonishing and controversial.

In 1939, Price claimed to have recently visited a private home circle at a house in London where, under impressive conditions of control, he experienced the solid materialisation of a six-year-old girl who had been dead for over 15 years.

Many Spiritualists championed this as powerful proof of survival and felt that at last the sceptical researcher had finally accepted the reality of life after death.

However, contemporaries within the Society for Psychical Research considered ‘Rosalie’ to be nothing more than a story, made up by Harry Price to fuel his continued craving for publicity. Following in the wake of the debunking of Borley, ‘Rosalie’ the ghost child suffered a similar fate.

Was Harry Price telling the truth? Had he himself been fooled by a clever trick? Or was ‘Rosalie’ genuine evidence of the reality of both life after death and spirit materialisation? In this book,

Paul Adams, co-author of The Borley Rectory Companion, offers the most detailed, original and comprehensive study undertaken of Harry Price and ‘Rosalie’.

Extensively researched for nearly 10 years and compiled from numerous sources including the Harry Price archives at the University of London as well as private and unpublished collections, this is the true story of one of psychical research’s most enduring and engaging mysteries.

Harry Price’s most closely guarded secret has finally been revealed.