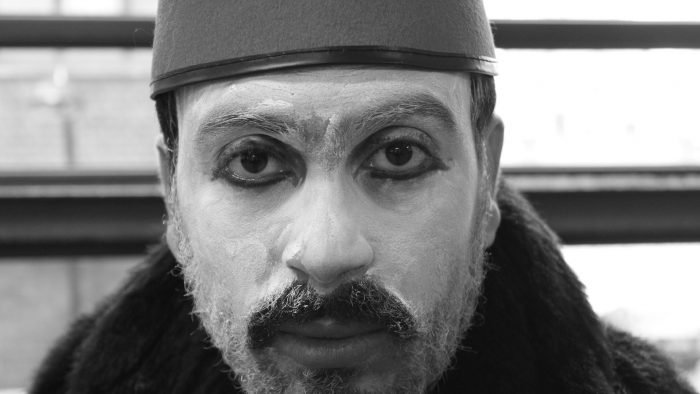 Alien Land is a devised solo show inspired by The Secret Life of Saeed the Pessoptimist, the first science fiction novel in the Middle East. Performed in Arabic with English surtitles, it is a dark comedy which looks at life under occupation and the contemporary refugee experience from a radical new perspective.

As both a Bedouin and a Palestinian refugee from the 1948 Nakba, the show is built around solo performer Momin Swaitat’s family history and folklore. It draws on his memories of growing up in a world turned upside down by the violence and disruption of the Second Intifada – when his neighbourhood became an overnight battle zone, schools were closed and there was widespread curfew.

Fusing the ancient Arab tradition of the hakawati (travelling storyteller) with hallucinatory physical theatre sequences, it is a tale of love, loss and exile which will leave audiences unsure of which time, place or universe they have landed in.