Vault Festival: I Am The Devil + Society 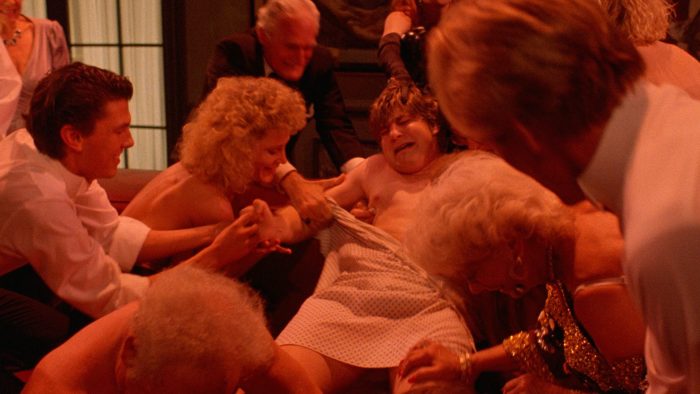 This very special Enthusiasms double-bill – moving from its regular disreputable home at the cinematic sex dungeon Curzon Soho to the dank and sordid underbelly of the Waterloo tunnels – packs a horrific one-two punch of exposure and exploitation: honey-traps, hallucinogens, CIA conspiracy-theories, slithering body-horror and Republican cannibalistic-orgies are the order of the day in the dark pulsating heart of Trump’s America. God help us all.

Based on the true story of Operation Midnight Climax, a secret CIA program in which unsuspecting johns were lured by prostitutes and then subjected to non-consensual LSD testing, as well as psychological and physical torture in an effort to perfect mind control against the Soviets. Set in 1959, a few years into the program, I AM THE DEVIL tells the story of one such hapless test subject looking for a good time on a business trip in San Francisco, and the ensuing nightmare.

After producing Stuart Gordon s hit RE-ANIMATOR, Brian Yuzna (BRIDE OF RE-ANIMATOR, RETURN OF THE LIVING DEAD III) turned his hand to directing with 1989’s SOCIETY, and gave birth to one of the ickiest, most original body-horror shockers of all time.

Packing stomach-churning gore and thought-provoking social commentary in equal measure, SOCIETY is a biting horror-satire which culminates in one of the most gag-inducing climaxes in all of cinematic history.