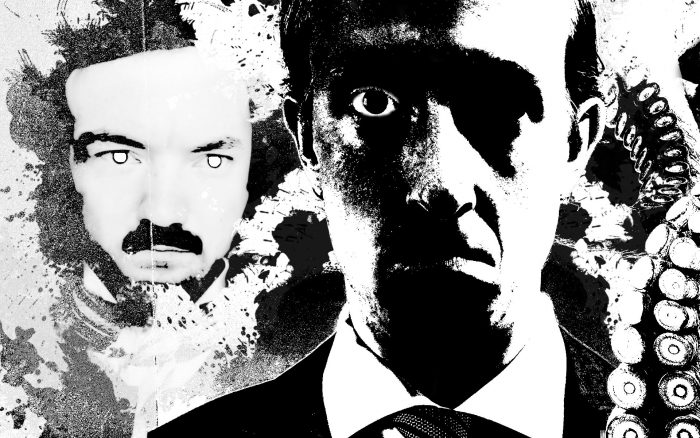 “Life is a hideous thing.”

And Lovecraft’s was no exception.

Prepare to be amazed, terrified, and driven insane! Great Cthulhu may be sleeping in sunken R’lyeh, but here in Providence, Lovecraft can’t get a wink.

In the early 20th century, there lived a man whose ceaseless writing would never grant him fame or success in his life but would change the definition of horror forever. He had a mental breakdown when he was eighteen. He lived with his mother until he was 30. He loathed seafood, loved coffee and hated anyone who wasn’t an 18th Century English Gentleman. Including himself.

This man was Howard Phillips Lovecraft, from Providence, Rhode Island, and his weird tales showed the world that there are horrors beyond human control and understanding. Ancient sleeping Gods beneath the sea, telepathic aliens from beyond the stars and monsters, the mere sight of which would drive sane folk mad.

Dominic Allen (Belt-Up, A Common Man) and Simon Maeder (Superbolt Theatre) invite you on what promises to be one of the strangest theatrical experiences of your stupid, ignorant life. Bear witness to the life of a man some called ‘genius’* others ‘pathologically racist’** and make up your own damn mind.

“That is not dead which can eternal lie,
And with strange aeons even death may die.”