Vault Festival: The Thing That Came To Dinner 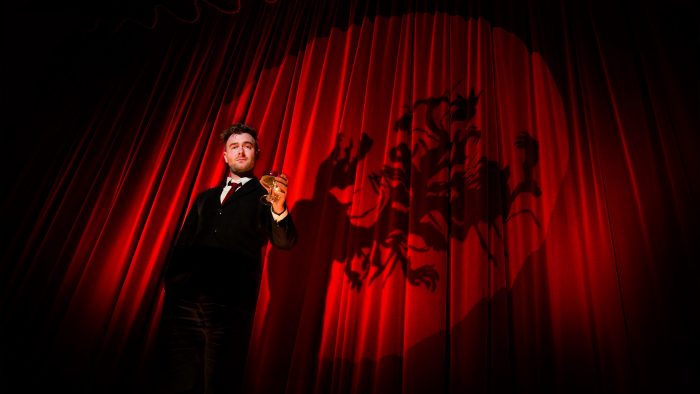 In a snowbound manor-house an elegant dinner party is in full swing. But one guest is intent on more than just sophisticated repartee – one guest was not invited at all – one guest is a flesh-eating shape-changing space-beast from beyond the stars!

As suspicions rise, as layer upon layer of deceit and villainy is exposed, as guests are replaced, one by one, with homicidal alien doppelgangers, these high-society bon-viveurs turn against each other with brutal witticisms, savage quips and razor-sharp mots juste. Will anyone survive this evening of refined company and light entertainments? And if so, will what survives – be human…?

A chaotic farce where 80s sci-fi horror meets poised fin-de-siecle drawing-room comedy, The Thing That Came To Dinner is an absurd romp with cosmically pessimistic implications.

Mannered naturalism gives way to impressionistic character doubling, clowning, puppetry and even song and dance, as the fragile reality of the play peels back and forth, and the elusive nature of identity slips further and further beyond our grasp. This is a play that tells a thrilling and hilarious story, and goes further, to touch on something more profound – at once extremely clever and very stupid.